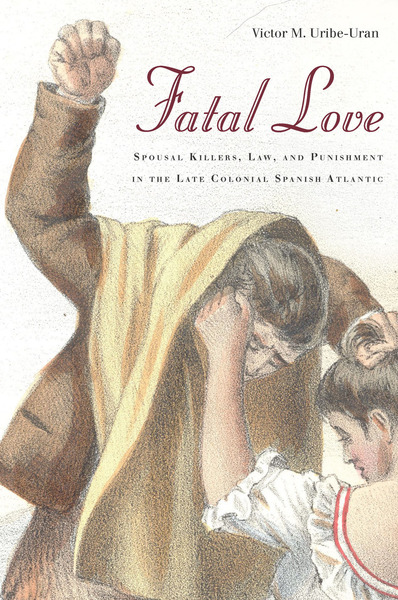 Interviewer: There are symbols in your poetry which recur, and they always take the form of the sea, of fish, of birds . . .
Neruda: I don’t believe in symbols. They are simply material things. The sea, fish, birds exist for me in a material way. I take them into account, as I have to take daylight into account. The fact that some themes stand out in my poetry—are always appearing—is a matter of material presence.
Interviewer: What do the dove and guitar signify?
Neruda: The dove signifies the dove and the guitar signifies a musical instrument called the guitar.
—Pablo Neruda, “The Art of Poetry, No. 14.”1

I believe in straightforward narratives where, much as in Neruda’s poems, a dove is a dove and a guitar is a guitar.2 I try to stay away from jargon and complex abstractions as much as I can. I also think that historians and social scientists should document profusely and, if at all possible, quantify the problems they address—even if only modestly, as is the case here. Abundant empirical information is something I treasure, as is providing a clear sense of how representative, if at all, the available evidence is of the larger universe to which it belongs. I could even be blamed for applying the larger share of my creative energy to documenting and analyzing more than to theorizing. For this reason, I spent several years amassing as large a data set as possible on spousal killings, gathered in archives and libraries in several countries (more than a dozen repositories in Spain alone, half a dozen in Mexico, three in Colombia, and a few in the United States). These records have allowed me to develop detailed case studies and tentatively measure a variety of similar (chronological, demographic, ethnic, gender, occupational, situational, material, motivational) categories or circumstances, cross-referencing particular information about each case with the rest for comparative purposes.

Indeed, comparative analysis is the second methodological principle for the development of this narrative. Comparison makes it possible to highlight possible cultural or context-specific idiosyncrasies (high rates of pardon for Indians in Mexico, elevated frequency of adulterous affairs in Spain, greater-than-expected participation of women in domestic crimes in Colombia) and commonalities, including the root causes of domestic tensions, the impact of alcohol, judicial procedures, the gathering and handling of evidence, sentencing, the administration of punishment, and pardons. Comparing two colonial societies (New Spain and New Granada) with each other and with their imperial core (Spain) allows us to see that, rather than a mosaic of eccentric regional realities, common social, legal, and judicial features characterized the Spanish Atlantic. In particular, a Spanish Atlantic common institutional frame and culture of criminal law, and ample access to justice, united the European and American portions of the Spanish empire in intriguing ways.

A third element present in this narrative is the multidimensional nature of social life and change. The examination of an extreme expression of domestic violence at a critical moment of political and legal transition (to independence, in the case of Mexico and Colombia, and to a constitutional monarchy, in the case of Spain) offers valuable glimpses into more than just the history of judicial and legal procedures and norms: It speaks to social and cultural patterns and changes as well. Gender, ethnic relations, and the culture of honor form a central aspect of the narrative. The behavior, motivations, cultural perceptions, and legal treatment of male and female criminals differed considerably. Similarly, Indians and blacks took an active part in the murders under study and received different judicial treatment than did whites. Furthermore, in Spain and elsewhere, many murders involved a particular understanding of the culture of honor. However, yet another key dimension of Atlantic legal culture and history surfaces as the story unfolds: the process of the de facto humanization (which others prefer to call “civilization”) of Spanish Atlantic criminal law over the course of the eighteenth century but, actually, centuries earlier too. This may be one of the book’s most valuable and unexpected findings overall, one taking shape precisely from intense documentation without preconceived models, in particular those positing that the most dramatic changes in history happen brusquely as a consequence of revolutions.

A developmental or long-term approach to historical change is therefore an additional emphasis of this book. It is common knowledge that the Enlightenment changed society’s understanding of many aspects of political and social life, including the treatment of crime and punishment. Michel Foucault wrote one of the best-known studies of this transition, which posits that in France the punishment of bodies shifted to the punishment and disciplining of minds. A move away from visible, spectacular, and painful forms of execution and toward a preference for confinement was characteristic of this moment in time. The penitentiary, in particular, appears in Foucault’s narrative as a point of rupture whereby the presence of royal power would no longer be experienced through sporadic displays of public pain but rather through less visible means of permanent vigilance and restrictions on freedom. The significance of the penitentiary project typical of that period was its ability to replicate itself elsewhere (especially in mental hospitals and schools) as time went on, to the point of becoming emblematic of the “normalization” characteristic of this version of modernity.3

Foucault’s work has been the subject of criticism over time, thanks in particular to the outstanding research by Dutch historian Pieter Spierenburg. Spierenburg’s detailed study of the history of executions in the Netherlands (especially Amsterdam), with additional comparative evidence from Germany, France, and England, reveals a more nuanced and empirically verifiable picture of the “rise to prominence, continued functioning and ultimate disappearance” of public executions in Europe.4 Unlike Foucault’s, Spierenburg’s study is based on systematic evidence from archival sources, which revealed that the transition between systems of punishment was less clear-cut and swift than the French thinker believed. Instead, Spierenburg argues that the process was “developmental” and that the “infliction of pain and the public character of punishment” did not disappear overnight but “slowly retreated in a long, drawn-out process over several centuries.”5 Even though some forms of physical punishment, including mutilation, were on the decline as far back as the early seventeenth century, public executions continued until the 1860s. The panorama was definitely more complex than Foucault had assumed. Spierenburg went on to claim that changes in the mode of repression reflected changes in “sensibilities.”6 Following the work of Norbert Elias, the Dutch historian suggested a process of “conscience formation” made up of two elements: restraints on the infliction of injury and the transition of several aspects of life from the private to the public arena. An additional contributing factor was the process of state formation on a grand scale. The existence of a network of states sped rejection of public executions.7

This book’s Atlantic narrative is consistent with Spierenburg’s long-term developmental model. In spite of their belief that despicable crimes such as spousal murder deserved vindicta pública (public vengeance) and that their punishment should instill fear in the population, Spanish Atlantic state officials, the Catholic Church, and laypeople were clearly troubled by the suffering of criminals and convicts. Over time, in addition to royally sanctioned avenues toward reduced punishment (sanctuary, individual and collective pardons, sentence reductions), silent changes in practice limited pain as much as possible, making a veritable mockery out of a number of ancient judicial practices (torture, hanging, burning, mutilation, etc.). These changes were well under way even before liberal legislation (1808–1830s) did away with the old norms. While the Age of Revolution undeniably brought about constitutional and legal restrictions on punishment, along with due process requirements and other liberal restraints, at the local and regional levels many restrictions on inflicting pain were already in effect. They had become by accretion a normal component of humanized or civilized justice and punishment in the late colonial Spanish Atlantic. This trend went unnoticed in Francisco Tomás y Valiente’s otherwise outstanding work on the criminal law of absolutist Spain.8

However, Tomás y Valiente did notice the significance of the passage from private revenge (venganza privada) to the monopolization of this right for the king (ius puniendi), underscoring the role of criminal law in the imposition of royal authority and preservation of the “social order.” He also appreciated the fact that criminal law reflected the features of a hierarchical (estamental) and unequal society, a point addressed in this work as well.9 Tomás y Valiente touched on a number of other critical issues discussed in the following pages (judicial torture, royal pardons, practical criminal law manuals, punishment), but he argued that the ultimate triumph of enlightened thought would occur only after the fall of the ancien régime (“el triunfo de la razón tardó en producirse. En los problemas penales las reformas importantes, desde luego basadas en las ideas de la ilustración, se implantarían después de la caída del Antiguo Régimen.”).10 Although reforms under Napoleonic rule and the Cortes of Cádiz officially did away with such harsh practices and penalties as judicial torture, flogging, dragging, hanging, and mutilation, the cases of spousal murder examined in this book reveal that the de facto humanization of criminal law began much earlier. 2. I thank my dear Florida International University colleague and fellow historian Bianca Premo for introducing me to the Neruda interview in which this passage appeared.

3. Michel Foucault, Discipline and Punish: The Birth of the Prison (New York: Pantheon, 1977).

4. Pieter Spierenburg, The Spectacle of Suffering: Executions and the Evolution of Repression: From a Preindustrial Metropolis to the European Experience (Cambridge: Cambridge University Press, 1984).

9. Ibid., 23. Estamental refers to corporatist and deeply hierarchical societies made up of various unequal social estates or status groups.

10. “The triumph of reason took a long time to materialize. In criminal matters, the most important reforms, obviously based on Enlightenment ideology, would be implemented after the fall of the anciene régime.” Tomás y Valiente, El derecho penal, 111.