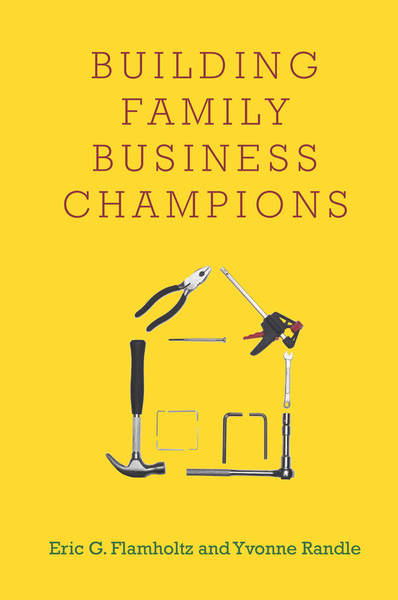 A Look at One Family Business Champion: Heineken

Heineken, a true family business champion, has prospered over four generations of family leadership and more than 150 years.4 Heineken was founded when Gerard Adriaan Heineken, then 22 years of age, bought a brewery in the heart of Amsterdam in 1864.5 The young Heineken had no experience in brewing, but brewing was to become his passion and his life’s work.

He had vision, treated customers and employees well, and strived for consistently high quality in his product. His vision was to expand the brewery to become the largest and best in Europe.6 He was also committed to experimentation and continuous improvement, not only in product quality but also in methods of brewing alternative types of beers. On January 11, 1873, he officially incorporated “Heineken Bierbrouwerji Maatschappij NV” also known as “HBM.” It should be noted that this resulted in the transition of Heineken from a pure family business to a quasi-family business.

Gerard died unexpectedly in 1893, at the age of 51. Although Gerard’s widow was the majority shareholder, she was not prepared to run the company herself, so she appointed a family friend, J. D. A. Peterson, as a director of HBM. One year later she married Peterson, who became stepfather to Henry Pierre Heineken, Gerard’s son.7 In effect, Peterson became caretaker of the business until Gerard’s son, Henry Pierre, could assume leadership.

On October 1, 1914, Henry Pierre Heineken became a director of HBM, and three years later he was appointed chairman. Henry Pierre Heineken, who held a doctorate in chemistry, managed the company from 1917 to 1940 and continued his involvement with the company until 1951. Under his leadership, HBM developed techniques to maintain consistent beer quality in large-scale production. During their tenure at HBM, Peterson worked alongside two other directors, and Heineken worked with three others in what has been described as a “very close-knit team.”8

Henry Pierre’s son, Alfred Henry Heineken, who was born in 1923, began working at the company in 1941 at the age of 18. Freddy, as he preferred to be called, was not originally interested in the business except as an owner and left the running of the business to the company’s directors.9 Freddy preferred artistic pursuits and at first seemed to be a classic third-generation scion under whose “leadership” the business would likely decline. After World War II, when the company began to focus more on exports and becoming a global brand, the brewery management “asked Leo Van Munching, Heineken’s U.S. importer, to teach ‘little Freddy’ the finer points of the business.”10

To the surprise of management, Freddy emerged as a successful salesman and with a new-found interest in the family business. During the prior generation’s leadership, the family’s share of stock ownership had been diluted. Freddy’s mission was to return majority ownership to the family. When he succeeded in doing so by 1954, Freddy described it as “the masterpiece of my working life.”11

One of Freddy’s strengths was his ability to think strategically, and this was a key ingredient in Heineken’s continued global expansion. As he stated: “I am a generational thinker and I think in terms of 25 to 50 years ahead. It is an entirely different way of thinking than, for example, the way a director thinks in maximum periods of 5 years.” He used a chess metaphor to describe his business dealings, stating: “It is fun to checkmate people.”12 Freddy retired from the executive board in 1989 but maintained involvement with the company until his death in 2002.

Freddy’s daughter, Charlene de Carvalho-Heineken, born on June 30, 1954, is the fourth generation of the Heineken family to be involved in the business. At this writing, she owns a controlling interest in the world’s third-largest brewer, Heineken International, and sits on the company’s board of management. Her mark on the company is a work in progress. Her husband is also a member of the board.

Today, Heineken is a family business dynasty and one of the leading brewing groups in the world. Although we are not privy to the internal Heineken family dynamics, the firm’s success suggests a healthy functional family, generation after generation.

Since its founding in 1978, our firm has worked with hundreds of companies, approximately 45 percent of them family businesses—including some of the family business champions mentioned here (Simon Property Group, GOJO™, Westfield, Techmer PM, and Bell-Carter Foods). Drawing on this experience and on our research, this book provides a framework for understanding what must be done to become a family business champion. We provide a set of concepts and managerial tools to help achieve this challenging objective including planning, performance management, and culture management. We also provide a unique set of questionnaires to facilitate the self-assessment of the extent to which a specific family business is positioned for long-term success.

Throughout the book, we examine both successful and unsuccessful family businesses and analyze the lessons that can be derived from each one. All of the unsuccessful companies are disguised unless they are in the public domain.

In chapter 10 we step back from our discussion of individual companies and tools and offer insights and conclusions about what is required to become a family business champion.

The appendix contains a self-scored questionnaire that a family business can use to evaluate the extent to which it has developed the four essential managerial tools—strategic planning, structure, performance management, and culture management.

We believe that we offer a virtually unique perspective on family business for several reasons. First, as noted earlier, a large percentage of the companies that our firm, Management Systems (based in Los Angeles, but with global affiliates), has worked with since its founding in 1978 have been family businesses. Second, we are ourselves a family business, albeit first generation. As a husband-and-wife team (with the occasional involvement of other family members), we understand the unique challenges of making a family business work. Third, we have had the rare opportunity to be consultants to one family business, Bell-Carter Foods, for more than twenty years, since 1993.13 The confidence of the Carter family in bringing us back several times during that period presented an opportunity to conduct longitudinal research in our role as both participant and observer. We are not aware of any other published in-depth study of a family business’ development and transfer of leadership from one generation to the next over such an extended period. Our involvement was similar to research by anthropologists who visit tribes or communities over time.

4. This case example was developed from published sources, including M. G. P. A. Jacobs and W. H. G. Maas, The Magic of Heineken (Amsterdam: Heineken NV, 2001). The authors gratefully acknowledge the assistance of Mr. Brett Hundley who, as an undergraduate student at UCLA, prepared an earlier version of this case while serving as an intern at the authors’ firm, Management Systems Consulting Corporation, in 2012.

7. Heineken refers to Henry Pierre Heineken as the second-generation leader, though one could also view Peterson and Gerard’s wife as the second generation. Jacobs and Maas, The Magic of Heineken, 4.5.

11. The story of how Freddy reacquired control of HBM is interesting, complicated, and beyond the scope of this book. For a discussion, see ibid., 9.10–9.18.

13. Yvonne Randle was the lead consultant for almost all of that period. Eric Flamholtz was involved for the first few years and remained involved by proxy, along with other consultants from our firm.