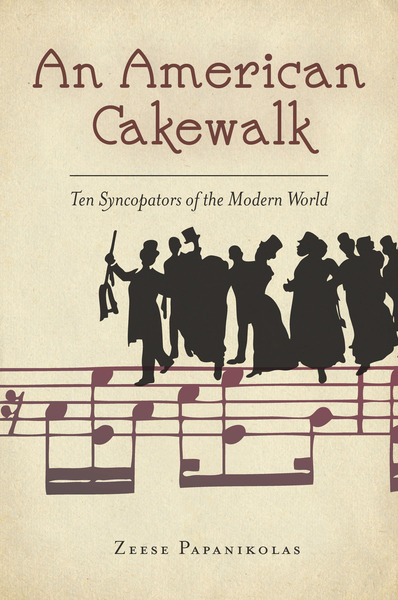 This book was stimulated by my reading, many years ago, in the pages of Esquire, an offhand comment from the ever-fertile James Baldwin that black style was often (or did he say always?) a parody of white style. In the one example I remember, Baldwin noted, in those days of cool, that if a white man was wearing a coat with three buttons, a hip black man was sure to be wearing a coat with four. Something about that struck me, and this book is in large part an attempt to understand the reason for that kind of style. What aesthetic forms did it create? What did it try to speak to and what was the message? For in a country as new and various as the United States, at any given moment the cultural nucleus might be far less sharply defined than the numberless particles circling in sparks around it. So I began to extend my thinking to a range of American artists and philosophers whose work might from one point of view or another be seen to make its way by glancing off the predominant culture, or who themselves seemed to exist in some kind of space between worlds, like Native American shamans restlessly inhabiting the territory between the living and the dead, between the old world and the new, figures whose very poignancy and strength lay in their failure to be fully one thing or another.

In 1787 Thomas Jefferson envisioned an America whose democratic values were in the particular keeping of its independent tillers of the soil.

Those who labour in the earth are the chosen people of God, if ever he had a chosen people, whose breasts he has made his peculiar deposit for substantial and genuine virtue. It is the focus in which he keeps alive that sacred fire, which otherwise might escape from the face of the earth.

“While we have land to labour then,” he wrote, “let us never wish to see our citizens occupied at a work-bench, or twirling a distaff.”1 One hundred years later, in the years of violence and wrenching change that began with the Civil War, cities Jefferson had not even dreamed of were filled with workbenches and spinning distaffs powered by steam. The Indians to whom he styled himself a father were crowded into bleak reservations; the descendants of the slaves who had worked his fields and waited on him at his table—some of whom bore his blood—were now embarked on an uncertain freedom; and women, many of whom were much like his daughters, were beginning to demand the equality called up by the “self-evident truths” of the Declaration of Independence he had penned. The old verities America had lived by, its Enlightenment and transcendental values, its religious faith, seemed to have little place in this new world of factories and railroads and streets swarming with the polyglot mob which Jefferson had feared as democracy’s greatest threat.

Women, Indians and African Americans, immigrants and expatriates, the marginalized and disaffected, what country had they? For they, the ex-slaves and the Indians, the cloistered women, the Europeanized expatriates and the impoverished immigrants—that shadowy side of America’s imagination, the unexpressed doubts or nightmares that might have lain under its old assertions—they were Jefferson’s children too. The forms they might adopt to live among their fellow Americans in this new era, the dodges and evasions they might practice in order to carve out a space of identity and freedom, are the subject of this book.

All great creators in some sense lie athwart their culture’s values. In the period I begin with there was already an American vanguard of writers who stood out by their direct challenge to the prevailing currents: Whitman, of course, in his style and often subject, if not his politics; Hawthorne, who as Melville famously claimed cried no in thunder to his culture; Melville himself, perhaps the most complicated and complete naysayer; that most hardheaded of nature lovers, Henry David Thoreau, and that strange, poisonous little hothouse fleur du mal, Edgar Allan Poe. But the artists and thinkers I’ve selected to write about expressed their opposition more indirectly. They neither collided head on with their culture nor surrendered to it—rather they slipped aside from it as it brushed by, lived in their art and works and persons a glancing life. Like the sequestered New England woman we shall soon come to, they told their truths but told them slant.

For Mikhail Bakhtin, the profound Russian critic, the novel was a literary form unlike any others, for it spoke not in one voice but in many, the voices of classes and castes, of regions and dialects, all creating, by what he called their “dialogic” relation, a constant interaction. Bakhtin’s novel was a work that was not a static piece of art, frozen in time, but a reflection of the complex workings of culture itself, a social mirror of a living world that was always in and of history.2 But well before Bakhtin (and before the Structuralists, and the Post-structuralists, and the Frankfurt School) an American we will come upon in the fourth chapter of this book was developing ways of understanding the symbolic nature of our world and its workings. Charles Sanders Peirce, mathematician, philosopher, and many things else, had worked out an ingenious tripartite theory of the cultural transmission of symbols that grounded itself in the living experience of the process itself. Thirty years later, but still in advance of most of his European counterparts, another American Singular, Thorstein Veblen, was showing these symbols at work in the signs and rituals of social stratification. Genius knows no country, of course, but in a nation as new, as culturally, politically, and ethnically diverse as the United States, a country moreover so recently riven by a brutal civil war that had exposed so many of these divisions, there is a particular sharpness, an aptness, to such investigations. For—to return to Bakhtin—the country itself might be seen as a living and breathing novel, a many-tongued, many-sided work in progress.

The figures I write about here are a heterogeneous lot. What links them is their particular sensitivity to and quite conscious exploitation of the cultural symbols that they were inheritors of and the social nature of their position between two worlds. Working in isolation, or among a small group of their fellows, they created ways of being and expression that were neither crushed in open conflict with this new world of accumulation and sensual strangulation they found themselves in nor forced to surrender to it, but used their manipulation of its presumptions to create an alternative aesthetic and intellectual space. If they chafed against a culture they had fled, they were failures in becoming part of any other, and made of this failure their particular art. Like the New England woman writing poems that mostly lay in a drawer unread by anyone, or the philosopher freezing in an unfinished mansion that only parodied the mansion of ideas he was constructing in his mind, they were eccentrics in the deepest and most beautiful sense of the word, turning in orbits that sometimes intersected but never quite coincided with those of their peers. They were composers and dancers, poets and thinkers, yet had in common a singular ability to register their cultural moment. They were discoverers of the symbols and codes that animated and constrained their intellectual and social worlds, and they learned how to name them and how to use them for other surprising and sometimes subversive ends. They were survivors of the nineteenth century and its contradictions, and hailed and created the twentieth century and our own. Decentered, wily, marginal, wedged between the clamor of Triumph and the cry of Tragedy, they carved out a space neither tragic nor comedic, but something of both. Heads cocked to one side, they neither joined the triumphal march of a dominant culture nor threw themselves headlong against it.

The forms and the theaters of this resistance might be emblematized by the rise of a strangely ritualized performance by African Americans that Mark Twain saw—or imagined he saw—sometime in the 1890s.

It was, as Twain described it, a competition in elegant deportment in which, in a hired hall, elaborately dressed couples marched back and forth down the length of the room before a jury and perhaps five hundred spectators.

Here follows in Twain’s account a catalogue of empty grace notes: “watch-chain to twirl with his fingers, cane to do graceful things with, snowy handkerchief to flourish and get artful effects out of, shiny new stovepipe hat to assist in his courtly bows.” The “colored lady” also has her accoutrements, perhaps a fan “to work up her effects with, and smile over and blush behind.” The parade of individual couples ends and a review of all the contestants in procession commences, “with all the airs and graces and all the bowings and smirkings on exhibition at once.” It has been a contest of surfaces, of pretenses, an elaborate playacting. The final review enables the panel of experts to make their comparisons and deliver their decision and the prize, “with an abundance of applause and envy along with it.” “The negroes,” Twain concludes, “have a name for this grave deportment tournament; a name taken from the prize contended for. They call it a Cake-Walk”3 [fig. 1].

We see them, these cakewalkers, in old photogravures and engravings, grossly caricatured sometimes but also with their pride and elegance made emphatic, the men with their shoulders back, the leader raising his beribboned cane like the staff of a laughing hierophant, silk hats tilted to one side, the women lovely and saucy—some have appropriated their partner’s hat and cane and parade them with a fine wit (a satire within a satire?). Prancing to a new music whose syncopations had just now begun to spread beyond the confines of African American life, the cakewalkers are full of the ebullience of life. Better than almost anyone else in white America at the turn of the last century, the author of Pudd’nhead Wilson knew that race was a fiction built on a bad joke. Yet for Mark Twain, employing it in a send-up of the affectations of bad Victorian prose, the cakewalk was a vacuous parade of social inanities. An empty vessel. For the cakewalkers, the vessel was overflowing. Strutting and fluttering, they had come to a truth lying slantwise to white America, a truth that created a breathing room in the suffocations of the narrow space that a racialized society had made for them, a kind of aristocracy of the spirit in a democracy, for those outside it, that offered only opprobrium or silence. Some of the denizens of this book were connoisseurs of cakewalks, some wrote music to accompany them, or like Twain simply observed them. Still others wouldn’t have even known what a cakewalk was, but all of them, in their own way, responded to this nation of contending castes and classes, races and ideologies, by treading a subtle and symbolically laden dance. Like the shaman, they were experts in the manipulation of signs and languages, dancers between two worlds. Bowing and doffing, flirting and fluttering behind fans and ribbon-decked canes, the cakewalkers marched and strutted and once were joined, quite surprisingly, by a quasi-American who descended from his lofty perch to join the dance. We will come to Henry James in due course. But we might remember, as a kind of motto for this book, his words to a friend. “It is by style,” he wrote, “we are saved.”4

2. Bakhtin gives the most complete statement to his theory in his “Discourse in the Novel,” in The Dialogic Imagination: Four Essays by M. M. Bakhtin, ed. Michael Holquist, trans. Caryl Emerson and Michael Holquist (Austin, University of Texas Press, 1981).