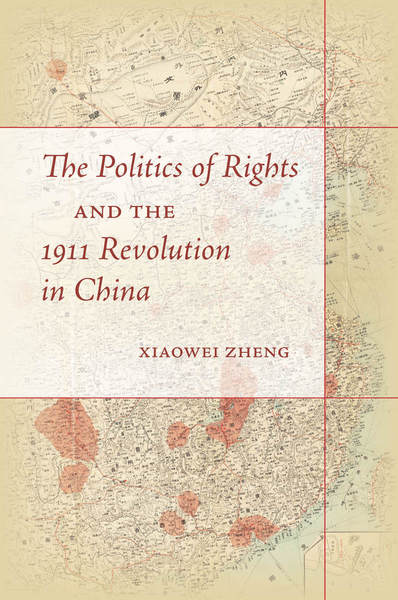 The rereads the events of 1911 and introduces my key research question. In addition, it asserts the innovativeness of the methodology, the sources, and the lens used in this book.

2 The Ideas of Revolution: Equality, the People's Rights , and Popular Sovereignty
chapter abstract

3 The Project: The Chuan-Han Railway Company and the New Policies Reform
chapter abstract

4 Can Two Sides Walk Together Without Agreeing to Meet? Constitutionalists and Officials in the Late Qing Constitutional Reform
chapter abstract

Chapters Four identifies and examines the political orientation of the Sichuan constitutionalists. Legitimized by the late-Qing constitutional reform and using the same rhetoric of rights, these constitutionalists strove to be the true power holders of the newly enhanced state. Via the Sichuan Provincial Assembly, they obtained both a political reputation that was unmatched by any other group and a solid organizational foundation..

Chapter Five scrutinizes the rhetoric created by the Sichuan constitutionalists as they took their struggle to the streets. By deploying political concepts like the rights of the nation, constitutionalism, and the rights of the people, and by creating a common purpose "to protect the railway and break the treaty," the movement leaders drew ordinary people into collective action. Combining a new political repertoire with old cultural symbols, they effectively mobilized people from different walks of life against powerful opponents.

6 The Practice of Revolution: Organization, Mobilization, and Radicalization
chapter abstract

Chapter Six analyzes the mechanisms by which the Railway Protection movement spread beyond the provincial capital and throughout the entire province. Unlike in most other provinces, in which the 1911 Revolution took place in the cities and happened in a matter of days, the movement in Sichuan involved tens of thousands of people throughout the province and spanned more than six months. How was solidarity created within the movement? What were the social networks and cultural symbols of the movement?

7 The Expansion and Division of Revolution: Democratic Political Culture in Action
chapter abstract

Chapter Seven chronicles the expansion and division of the revolution. During the revolution, the newly crafted political culture with rights at its core was practiced by a large group of activists; this lent the revolution strength and legitimacy.

8 The End of Revolution: the Rise of Republicanism the Failure of Constitutionalism
chapter abstract

Chapter Eight explores the end of the revolution. In Sichuan, the emergence of popular sovereignty as a new source of power created opportunities for nonactivists to join the revolution and control its politics. This chapter suggests that it was precisely the valorization of the people and the public opinion that prevented the creation of a stable constitutional order.

Conclusion: The Legacy of the 1911 Revolution
chapter abstract

The Conclusion evaluates the long-term impact of the revolution. Marking the rise of a new political consciousness, thousands of men and women gained firsthand experience in the public arena: they talked, read, and listened in new ways; they voted, protested, and joined political parties. After 1911, the old, imperial political culture was abandoned in favor of a popular republicanism in which elected assemblymen, students, intellectuals, and other members of society collaborated and competed in creating a new Chinese nation.