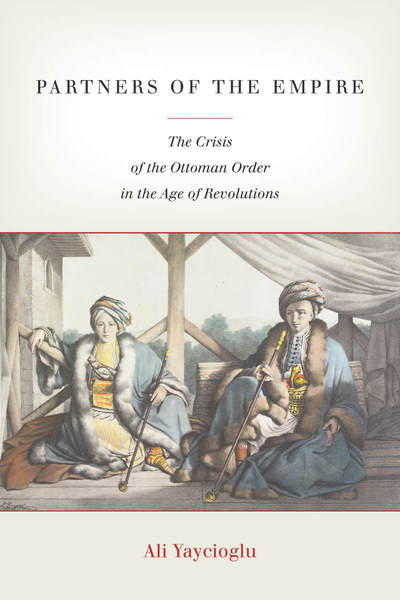 I began my research into the history of the Ottoman Empire in the late eighteenth and early nineteenth centuries with the naïve idea that this period was one of the least studied. I was wrong: it is actually one of the most studied periods in Ottoman history. Since the early nineteenth century, Ottoman and European historians and diplomatic observers have written monographs, reports, and articles about the crisis that the Ottoman Empire experienced during the French Revolution and Napoleonic wars. Amid attempts at political modernization and constitutional movements in the late nineteenth century, policy-makers, lawyers, and intellectuals turned to this tempestuous earlier period to find the roots of modernization in the rich repertoire of institutions, episodes, and individuals. During the nation-building process, historians of Balkan, Turkish, and Arab nationalisms sought the origins of their national movements, early modernizers, and founding fathers for their national discourses in the late eighteenth and early nineteenth centuries. Some historians have seen the Ottoman experience in this period as typifying the crisis of the old and the beginning of the modern era. Scholars of the so-called Eastern Question studied this period as a prelude to that of the progressive disintegration of the Ottoman Empire in the early twentieth century. The accumulated literature on this period is therefore massive, appearing in all languages of the Ottoman lands, along with many European ones.

Although this period of the Ottoman Empire is one of the most studied, it has also been one of the least understood in its entirety. Despite the vast literature, the many archival sources, and the scholarly work done on this period, I have often found studies of major themes—such as regional developments in the Balkans, Turkey, and the Arab world; the rise of provincial notables; the transformation of Ottoman institutions; military and fiscal reform; and the context of diplomacy and war—handled separately. I have come to believe that thinking about these problems separately prevents us from seeing the complexities of the Ottoman order, its institutional umbrella, and the interactions and connections among various actors in the empire. In this book, I seek to explain the transformation of Ottoman institutions, regional formations, and the global context as an integrated phenomenon.

Stanford Shaw’s Between Old and New: The Ottoman Empire under Selim III, 1789–1807 (1971), certainly the most comprehensive work on this period so far, is still shaping the way many historians see this period: as a battle between old and new. I met Professor Shaw in Ankara in 2006 just before he passed away. Although we did not have the opportunity to chat about his book, my tone as an overconfident graduate student allowed him to sense that I wanted to reappraise his work. He was not at all annoyed. On the contrary, he complained that no scholar had tried to rewrite the history of this period in a larger scheme since his book had come out. I took this as sincere encouragement.

In this book I approach the Ottoman Empire in this transitional era from a new perspective. In the first place, I argue that its inhabitants had multiple options, some old, but most new. Often they combined the old and the new. This time of crisis was rich with possibilities of agendas, programs, coalitions, conflicts, and settlements. Many of these fell by the wayside, of course, thus becoming less relevant to scholars interested in finding the roots of the institutions and experiences of our own time.

Second, I contend that a multiplicity of actors—individuals, households, and collective actors with their own agendas, calculations, and capacities to change the status quo—participated in the Ottoman transformation. The battle was not between old and new, state and people, elites and the crowd, center and periphery, Muslims and non-Muslims as monolithic blocs. Rather, many battles and coalitions took place between various groups and interests in a messy political landscape. Instead of telling readers about the parties that participated in a particular battle, I therefore examine patterns of political action, the making and unmaking of coalitions, forms of building and losing power, expressions of public opinion, and how order was maintained and agreements were reached.

This book is by no means a comprehensive study that deals with every Ottoman problem, region, and episode in this era. My main interest in this study is to analyze the transformation of institutions, discourses, and political culture and to situate important individuals, collective actors, and events in this transformation in the Ottoman Empire. Since completing the book, I have become even more strongly convinced that we need more discussion and research on how the Ottoman world entered the nineteenth century of modernization and globalization. Today, it is vital for scholars and intellectuals who think and care about the Middle East and the Balkans to realize that people in these regions tried a variety of solutions, deploying a range of institutional restructuring and vast imaginations to confront the challenges before them. Eventually, as in each transformative age, winners and losers emerged, there were continuities and ruptures, some options were taken up and others abandoned. Considering some of these in an integrated way in the Ottoman context and within the larger framework of the age of revolutions, this book is, first and foremost, an invitation to new discussion on how people participated in an age of radical change on the eve of nineteenth-century modernity in the Ottoman world.

Partners of the Empire was written with the help, support, guidance, encouragement, and inspiration of many institutions and people. I was privileged to work in various archives and libraries. I would like to thank the employees of Harvard’s Widener Library, Stanford’s Green Library, Princeton’s Firestone Library, the Prime Ministry Ottoman Archives and Topkapı Palace Museum Archives in Istanbul, the Orientalski Otdel kim Narodna Biblioteka “Kiril i Metodiĭ” in Sofia, the Gazi Husrev-beg library in Sarajevo, the Haus-, Hof- und Staatsarchiv in Vienna, and the Archives du Ministère des affaires étrangères in Paris. My special thanks go to the Stanford Humanities Center for organizing a manuscript review workshop for this book.

I am endlessly indebted to Cemal Kafadar, my teacher, supervisor, and mentor. For many years, he has been an indispensable guide and inspiration. I am grateful also to Halil İnalcık, Özer Ergenç, and Engin Deniz Akarlı, teachers with whom I have worked closely and learned Ottoman history and to Aron Rodrigue and Joel Beinin for their guidance, support, and friendship during the past four years at Stanford. I would also like to thank Keith Baker, Molly Greene, Avner Greif, Hakan Karateke, Alexander Key, Nancy Kollmann, Christoph Neumann, Oktay Özel, Şevket Pamuk, Richard Roberts, Baki Tezcan, Robert Travers, Caroline Winterer, and Fatih Yeşil for reading my manuscript at different stages, either partially or in its entirety, and sharing their valuable comments and criticisms.

My colleagues in the History Department (and other departments) at Stanford University have been highly supportive and collegial during my writing of this book. I thank them all. But I am particularly grateful to Paula Findlen, Kären Wigen, Jennifer Burns, James Campbell, Gordon Chang, Robert Crews, Estelle Freedman, Martin Lewis, Mark Lewis, Norman Naimark, Yumi Moon, Priya Satia, Edith Sheffer, Matt Sommer, Laura Stokes, Jun Uchida, Amir Weiner, Steven Zipperstein, Monica Wheeler, Shahzad Bashir, Kabir Tambar, Burçak Keskin-Kozat, Burcu Karahan, Kristen Alff, Fırat Bozcalı, Rebecca Gruskin, Ali Karamustafa, Michelle Kahn, Demetrius Loufas, Uğur Peçe, and Vladimir Troyansky. I would like to express my gratitude to Umran İnan, the president of Koç University, and Scott Redford, former director of the Research Center of Anatolian Civilization at Koç, for their support during my time at Koç and RCAC at different stages of the completion of this book. Very special thanks to my fellow historian and editor Daniela Blei and to Peter Dreyer, copy editor for Stanford University Press. Both helped me express Ottoman facts in a comprehensible way to the broader community of historians. Thanks also to Kate Wahl, editor-in-chief at Stanford University Press, who has a great vision for the humanities and social sciences.

I can scarcely express my thankfulness to my love, wife, and colleague Patricia Blessing. She was always by my side while I was completing this book. She tolerated my frustrations, read every single line, thought together with me, and made this book hers. Without her, it would have never existed.

My final words of thanks here are for my late father, Alâettin Yaycıoğlu, and my mother, Rezan Yaycıoğlu, who believed that I would produce something meaningful after many years of study, in graduate school and subsequently. I hope I have met their expectations. My father, who had devoted his life to doing good work as a civil engineer and an intellectual, learned that this book had been accepted for publication just before he died. I miss him but know that we shall meet again. I dedicate this book to him and to my mother, with whom I hope to share much more beautiful time in this life.