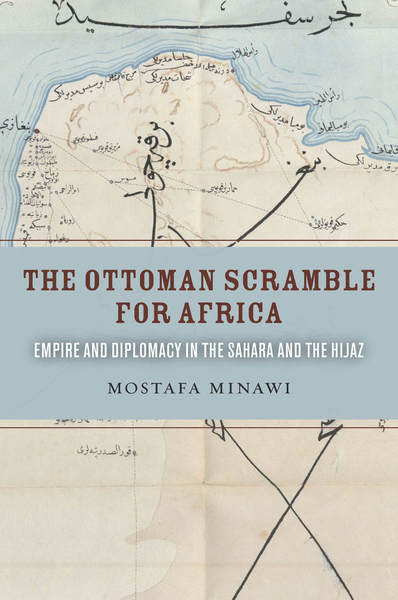 The introduction presents the main arguments of the book and the theoretical apparatus that fuels its analysis. It provides a general background of historical events in the Ottoman Empire in the late 1870s and early 1880s, highlighting some of the factors that have until now led historians to assume that the empire did not play a significant role in international affairs or the interimperial competition after the Congress of Berlin in 1878. A counterargument to these assumptions is introduced through a rundown of the main events to be analyzed in the book and how they show that an "old" empire such as the Ottoman Empire could and did participate in the so-called new imperialism.

This chapter provides background to Ottoman involvement in north and central Africa. It offers the reader a brief history of Ottoman Libya, the Central African Kingdoms, the Karmanlı Dynasty, and the Bedouins of the Libyan Desert. It also recounts a brief history of the reestablishment of Ottoman direct rule in the region in 1835 and introduces the Sanusi Order and the Grand Sanusi for the first time. The chapter's argument is that this vast region was thoroughly interconnected well before the arrival of Europeans, highlighting Ottoman consolidation of power and showing that the arrival of the Sanusi Order was helping to consolidate the region politically as early as 1840.

This chapter argues that Ottoman participation in the Conference of Berlin and the resulting General Act of Berlin in 1884–1885 gave the empire a unique window of opportunity to reassert itself on the international stage. It shows how legal concepts such as the Hinterland Doctrine, sphere of influence, and effective occupation allowed Istanbul to redefine its relationship with the Sahara and the Lake Chad basin and claim them as colonial possessions following a new logic of imperial expansion. It also demonstrates how the history of cooperation between the Ottoman Empire and the Sanusi Order allowed the empire to claim effective occupation of the Sahara by proxy.

This chapter follows the trials and tribulations of Ottoman diplomats in their attempts to use the terms of international agreements to defend Ottoman-defined colonies in central Africa. It argues that the failure of Ottoman diplomats to convince their European counterparts of their claims only served to highlight the hierarchy of applicability of international law. It also shows that the Ottomans were repeatedly excluded from international negotiations, forcing them to form closer ties with the Sanusi Order and transitioning the Ottoman-Sanusi relationship from a political to a military alliance.

This chapter argues that military and economic might took precedence over international agreements as the British and the French Empires moved into previously declared Ottoman spheres of influence. It discusses the Fashoda Crisis of 1899 and the subsequent agreement between Paris and London on their respective colonial territories in Africa, which meant the end of Istanbul's expansionist dreams and a new emphasis on consolidation of the empire's hold on its increasingly vulnerable frontiers in both Africa and Arabia. The chapter describes the secret support that the Ottoman Empire provided to Sanusi resistance in central Africa at the same time that it embarked on a major infrastructure project to tie the Libyan frontiers with Istanbul.

This chapter discusses the Ottoman imperial government's shift in focus from Africa to Arabia. It uses the Hijaz telegraph line as a case study through which to explore the effect of this shift on Ottoman policies after the end of the Ottoman experiment in Africa. The chapter provides a brief history of the Hijaz and analyzes the logic behind Ottoman government's decision-making process in regard to the construction of the first Hijaz line in 1880–1882. This analysis serves as a baseline for contrasting Istanbul's priorities and its relations with the Great Powers after the end of its participation in the scramble for Africa.

This chapter tackles the second Hijaz telegraph line to explicate the shift in Ottoman priorities and policies after the empire's expansionist failures in Africa. It highlights the connections between decisions made for the telegraph line on the Arabian frontiers and Istanbul's deteriorating relationship with the European powers. It also delves into intraimperial politics to show how the conflicting interests of individuals in the imperial and provincial governments led to the failure of the project and by extension compromised Ottoman global strategy on the sensitive southern frontier.

The conclusion brings the story of the Ottoman Empire's twenty-year experiment in interimperial competition to a close. It highlights the main arguments of the book and offers a historiographical commentary on the importance of not allowing "failure" to blind us to important questions that should be asked about alternative approaches and interim paths, even if they were not successful.