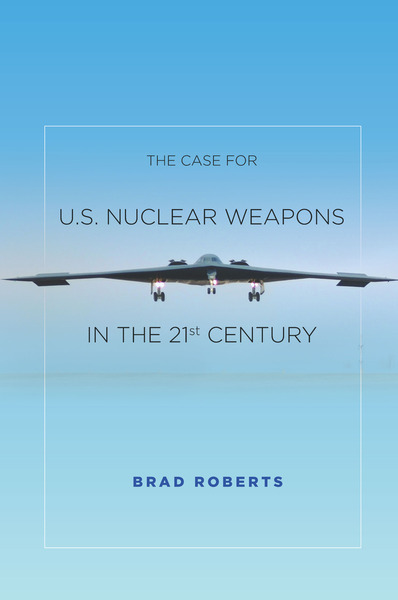 Contents
Introduction
Contents and Abstracts
1 The Evolution of U.S. Nuclear Policy and Posture Since the End of the Cold War
chapter abstract

This chapter traces the evolution of U.S. nuclear policy and posture from the Cold War to today. It reviews the thinking behind the three Nuclear Posture Reviews conducted by each presidential administration as well as the unfolding debate within the nongovernmental expert community about deterrence and disarmament. It highlights elements of continuity and change in U.S. policy and posture. It concludes with a set of questions about the next 25 years.

This chapter examines the deterrence challenges for the United States posed by a nuclear-armed North Korea and perhaps other nuclear-armed regional challengers in the future. It sets out a spectrum of deterrence challenges from the lowest to the highest ends of conflict with an eye to illuminating how such a conflict might escalate and de-escalate. In invokes the term "theory of victory" to examine concepts developed in North Korea for nuclear blackmail and brinksmanship.

This chapter sets out the response of the United States to the new strategic problem posed by regional challengers armed with nuclear weapons and long-range missiles. That response emphasizes a comprehensive strategy to strengthen regional deterrence architectures in partnership with U.S. allies. The chapter also sets out a "blue theory of victory" as a counter to the "red theory" in chapter 2.

This chapter reviews U.S. efforts since the end of the Cold War to move the political and security relationship with Russia in a positive new direction. Highlighting elements of continuity across four presidential administrations, the chapter then explores Russia's rising disaffection and the dramatic turn in Russian policy and posture of 2014. The chapter than examines developments in Russian military doctrine, concluding that the more adversarial quality of Russia's relations with the West require shifts in NATO and U.S. doctrine

This chapter reviews U.S. efforts since the end of the Cold War to move the political and security relationship with China in a more positive direction and to begin a dialogue with China on nuclear issues and strategic stability. In the absence of such a dialogue, the United States has relied on unofficial dialogues to generate insights into Chinese thinking, as summarized here. The chapter then examines developments in China's military doctrine, concluding that China has a clearly elaborated set of ideas about how to secure its interests in an armed confrontation with the United States under the nuclear shadow.

This chapter reviews NATO's efforts to adjust its deterrence and defense posture to a changed and changing world since the end of the Cold War. It explores NATO's reactions to the March 2014 Crimea shock and sets out a longer-term agenda for responding to further negative developments in Russian policy and posture. It argues in favor of NATO's development of theory of victory of its own to negate Russian nuclear-backed coercion and aggression.

This chapter reviews the efforts of the United States, Japan, and the Republic of Korea to adapt extended deterrence to new developments in Northeast Asia, including primarily the emergence of a nuclear-armed North Korea. It reviews Obama administration efforts to institutionalize and advance a cooperative agenda. It identifies policy challenges on the pathway forward.

This chapter begins with a summary of insights into the challenges of assuring U.S. allies in Europe and Northeast Asia under the U.S. nuclear umbrella drawn from the prior two chapters. This chapter also challenges the reader to think more broadly about the assurance requirements of U.S. nuclear strategy. It does so by considering the assurance requirements of 5 other sets of actors.

This chapter argues that the time is not ripe for additional substantial reductions to the role of nuclear weapons in U.S. security strategies and to number of nuclear weapons in the U.S. arsenal. The record of U.S. diplomacy shows that it has not been possible so far to create the conditions to allow such further changes. This argument culminates in a restatement of the case for U.S. nuclear weapons, derivative of the lessons from U.S. efforts to create those conditions and to adapt deterrence to 21st century purposes.

This chapter examines the implications of chapter 9 for future reviews of U.S. foreign and defense policy and of U.S. nuclear policy and posture. It begins with an assessment of the enduring value of the balanced approach to nuclear strategy, encompassing political, economic, and military means. It then examines potential adjustments in those means in light of recent U.S. experience.