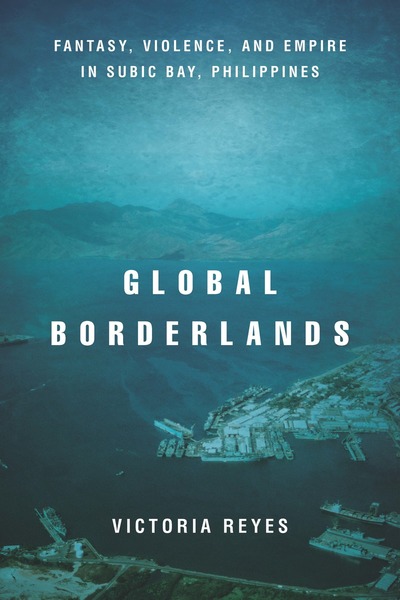 This chapter introduces the concept of global borderlands, places controlled by foreigners where the rules that govern socioeconomic life differ from those that are outside its walls and places that elicit multiple meanings. Global borderlands are proliferating around the world. and in examining Subic Bay, Philippines—a former military base and now a Freeport Zone—this chapter highlights how they are sites of contestation and contradictions, where sovereignty is contingent, meanings and identities are continually remade, and inequality serves as their foundation.

This chapter examines the push and pull of political negotiations through an analysis of military agreements, tax law, and tax disputes. It focuses on how inequality is written into the foundation of these places through legal negotiations and the conflicts they spark on the ground. However, it also shows how Filipinos have increasingly found ways to exploit the language of these documents to assert sovereignty, though they do so with varying levels of success. The chapter shows how, in these negotiations, sovereignty is negotiated in the minutiae of who has control over territory versus who has control in the administration over people and facilities, or what Reyes calls administrative sovereignty, allowing Filipinos and foreigners alike to stake a claim and view these negotiations through a lens of success.

This chapter lays out the stakes involved in global borderlands by examining two high-profile crimes: a rape and a murder, both of which were committed by U.S. servicemen against Filipinas. In these two cases, activists, judges, lawyers, and reporters use sexual violence as a vehicle and a proxy for making broader sociopolitical critiques about the relationship between the United States and the Philippines, and the effect that relationship has on the Philippines as a sovereign nation-state. This chapter shows how small, seemingly minute details—such as negotiations over where and under what conditions the culprits are held, who controls access to them, and who stipulates the terms of their detention—are where power dynamics between the United States and the Philippines can be seen.

The global borderlands of active and decommissioned overseas U.S. military bases often conjure up images and sexual fantasies of local women at the beck and call of men, ready to indulge in their every desire. This chapter juxtaposes two alternative and competing understandings of the relationships between U.S. servicemen and Filipinas, as being wrought with violence, inequality, and exploitative sex versus being imagined in romance and seen through the lens of a heroic love myth. It shows how these relationships and the myths that surround them are regulated formally and informally, and it is precisely because they are both prevalent and at odds with one another that they contribute to the staying power of global borderlands.

4 Born in the Shadows of Bases
chapter abstract

This chapter turns its focus to Amerasians (children of U.S. servicemen and Filipina women), their place in Philippine and U.S. societies, and the conditions in which they thrive rather than barely survive. It shows how the intimate sphere of the family and home is affected by the political and economic relationships between countries. Multiple and competing laws and understandings governing morality and imaginaries of belonging affect the relationships created in Subic Bay. Yet even concerning familial relations, global borderlands do not all operate in the same way. U.S. military bases vary regarding familial laws and policies because place—its geography, sociocultural meanings, and use—matters. Because Subic Bay became a place linked to soldiers' respite from the Vietnam War, whether intended or otherwise, its affect on thousands, if not millions, of children around the world is unique.

This chapter uses employment as a lens to examine how people on the ground experience Subic Bay. Focusing on the U.S. Subic Bay Naval Base as an employer and two businesses within the Subic Bay Freeport Zone—the Filipino-owned, upscale Harbor Point mall and the South Korean company Hanjin Shipping—the chapter shows how people understand national identities and inequalities through what Reyes calls labor imaginaries. That is, it shows how the experiences and reputations of employers and customers recreate utopian imaginaries and others—those based on human rights violations, hell, and poverty—and how people link them to their understandings of what it means to be a foreigner of a particular nationality.

This chapter focuses on the Filipino and foreign men and women who work in, live in, and visit the Subic Bay Freeport Zone. Many people see the Freeport Zone as a continuation of the U.S. military past and a symbol of the future, providing ways to live the good life and be part of a modern global community. One way to become a part of this modern utopia is through consumption imaginaries, buying into this world through everyday purchases. Through these everyday purchases, people recreate symbolic and tangible stratification between classes and nationalities. However, these imaginaries do not always reflect reality on the ground. Corruption, crime, and intimidation also infiltrate the Freeport Zone and perpetuate inequality.

The conclusion reflects on the reasons that global borderlands are a central object of study for the twenty-first century: they are the landscapes in which international tensions arise. Global borderlands simultaneously evoke a sense of a global modernity and are symbols of foreign powers' penetration into domestic societies. As such, they are the battlegrounds of international politics, as we see in contemporary political debates around free trade and global integration in the United States and the European Union. The interwoven fantasies, violence, and local understandings of the foreign are even more sharply divided when global borderlands are located in African, Middle Eastern, Latin American, and Asian countries, like the Philippines. Within these lands the socioeconomic and political stakes at hand are heightened due to their colonial histories and their lower and sometimes more precarious place in the hierarchy of global politics.