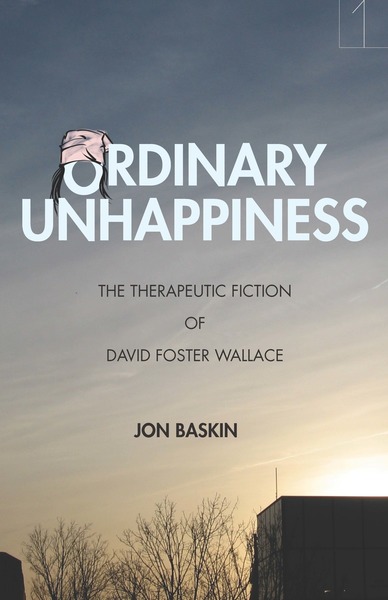 This chapter begins by briefly recounting the substance of the "ancient quarrel" between poetry and philosophy, before laying out the central convictions of Wallace's "philosophical" fiction, partly through reading a central passage in Wittgenstein's Investigations. Some of the main features of Wallace's project are addressed through an interpretation of his early short story "The Planet Trillaphon as It Stands in Relation to the Bad Thing," about a boy battling clinical depression. The next section discusses the current state of "Wallace Studies," particularly through Adam Kelly's essay on Wallace and sincerity. It concludes with a case for how recent discussions about Wallace's biography and character should lead us to reexamine his books.

This chapter explores and attempts to justify a philosophically therapeutic approach to imaginative literature. It does so by tracing attempts both in literary studies and moral philosophy to move beyond disciplinary binaries and show how philosophy and literature can interact. Particularly, it focuses on the approaches to literature of three philosophers—Iris Murdoch, Robert Pippin, and Stanley Cavell—and one literary critic: Toril Moi. Through these figures it lays out criteria for successful therapeutic criticism, including how the therapeutic critic should relate to past critics of the same work. It argues that one role of the therapeutic critic is to understand why previous critics have not seen what is "obvious" in the work of art under discussion.

This chapter offers a reading of Wallace's mid-career masterpiece, Infinite Jest. Central to the reading is the juxtaposition of the novel's opening scene—of Hal Incandenza sitting unable to communicate in a college admissions meeting—and its closing scene—of the Alcoholics Anonymous orderly Don Gately lying on a hospital bed with a tube down his throat. Bookended by these scenes, the chapter argues that Wallace's book is structured as a therapeutic intervention into the way we think about communication and self-expression. Central to this argument is the ability to see the sections on Alcoholics Anonymous as the book's moral and philosophical center. It posits the goal of the book as being to bring its readers back from the "hysteria" of metaphysical theory to the "everyday" problems of ordinary unhappiness.

Wallace's most controversial collection of short stories has been accused since its inception of being misogynistic or self-indulgent—a charge that has only gotten more severe as a result of recent indications about Wallace's own treatment of women. The chapter argues, through one of the few readings that accounts for how the collection of stories work together, that misunderstandings of the book rest on a failure to appreciate its strategy of therapeutic "aggravation." The book seeks to exhaust the reader with its characters' various justifications for their misogyny and self-indulgence—which is what truly marks them, rather than their (fairly common) misogynistic behavior, as "hideous." The collection is philosophical in the sense that it exposes hideousness as the function of a certain way of speaking and therefore of a certain form of life.

This chapter interprets Wallace's final, unfinished novel, The Pale King, as a dialogue between two forms of philosophical procedure: Wittgenstein's therapeutic philosophy and Stanley Cavell's perfectionism. The book represents a new stage in Wallace's project insofar as it endeavors to go beyond negative therapy to positive inspiration. Wallace is on shakier ground here, and perhaps his attempt to portray "maturity" positively in fiction was responsible for his difficulty finishing the book. It is also indicative of a moralism that he mostly holds at bay in his earlier writing. Still, detractors who point to the novel as like "self-help" reinforce the hard distinction between philosophy and self-help or therapy that Wallace takes aim at throughout his fiction. If aspects of The Pale King can be usefully compared to self-help or "books of affirmations," the novel also seeks to demonstrate why its readers are in need of such help.

This chapter explains why Wallace's fiction was a promising candidate for the philosophically therapeutic approach, while also drawing a distinction between art that has a philosophical ambition and art that wants something else. This "something else"—or, as Hamlet calls it, "more"—that art does is the reason that Plato had banished artists from his Republic. Cavell's perfectionism was an attempt to show that Plato had been wrong and that philosophy and art can be united in a common project. But Cavell's reading of Hamlet unwittingly shows the limitations of this commonality. The chapter thus seeks both to state the ultimate aspiration of the therapeutic project and to show where and how its boundaries lie. Not all differences between art and philosophy can or should be bridged.