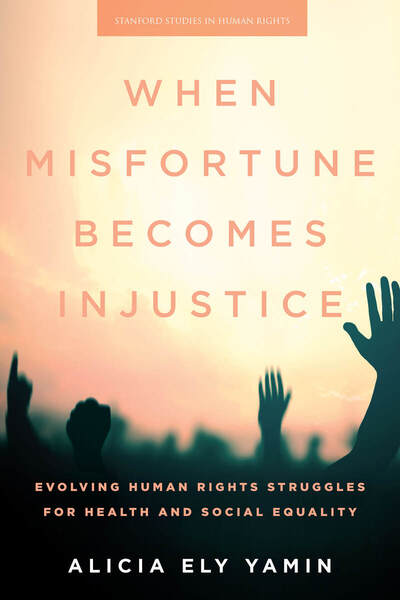 It is hard to understand how a compassionate world order can include so many people afflicted by acute misery, persistent hunger and deprived and desperate lives, and why millions of innocent children have to die each year from lack of food or medical attention or social care. . . . As competent human beings, we cannot shirk the task of judging how things are and what needs to be done. As reflective creatures, we have the ability to contemplate the lives of others [and] the miseries that we see around us and that lie within our power to help remedy. . . . It is not so much a matter of having exact rules about how precisely we ought to behave, as of recognizing the relevance of our shared humanity in making the choices we face.

THERE ARE TUNNELS UNDER HARVARD LAW SCHOOL that connect the buildings and are lined with student lockers. Before she became a US Supreme Court justice, as dean of Harvard Law School, Elena Kagan had begun to transform the public space at the law school, not only adding better lighting and framed posters in the tunnels, but also a volleyball court that turned into an ice skating rink in winter outside the student center. As dean, Kagan was famous not just for her brilliant mind, but also for taking the time to stand at the entrance of the annual Thanksgiving reception to personally hand out pies to staff and faculty.

But in September 1988, that was a long way off, and the tunnels were dimly lit and grim. It was the first day of my first year, and I had retreated to this underground labyrinth to contemplate having been the first student called on by a visiting professor of Contracts, who seemed to believe the purpose of the Socratic method was to humiliate as much as edify. A classmate, who on that first day already had established himself as someone to be looked up to, stopped by my locker and said, “Hey, you did great!” Seeing my dubiousness, after another minute he added with a broad smile, “No, really. . . . How’d you know e.g. was short for exempli gratia anyway?”

Over twenty-five years later, I watched that same former classmate, Barack Obama, who by then had graying hair and furrowed brows, in Dallas as he delivered one in a long line of speeches he had had to give as the first African-American president of the United States after mass shootings and murders of black men by police. Five police officers had been shot dead and nine others were injured in Dallas, Texas, on July 7, 2016, at the very end of a peaceful Black Lives Matter protest.2 The shooter was a mentally unstable former marine and African American. Many politicians would have used the occasion to pander to racism and fear. President Obama did not. In his speech in Dallas, he asked:

It was a magisterial speech, one that spoke to the aspiration of recognizing our diverse but equal humanity, which lies at the heart of deploying human rights for social transformation.

It was the kind of speech for which President Obama had become famous, the kind of speech that eight years earlier might even have made us believe in the possibility of a “post-racial America.” But after years during which Obama’s mobilization of policy had not matched his mobilization of language, and we had witnessed hundreds of killings of African Americans by the police every year, as well as a racially motivated massacre in a Charleston church in 20154—and most of all the election of Donald J. Trump—the “audacity” of that hope seem cruelly naïve.

This book grew out of a critical reflection on a professional career spent pursuing the narrative behind Obama’s speech, not just or even primarily in the United States, but around the world: the narrative that all of us are capable of connecting to the otherness within ourselves, and in those around us, and of uniting around ideals of our shared humanity rather than reflexively recoiling in prejudice or fear. Advancing the right to health and economic, social, and cultural rights has entailed making space for not just racial otherness, but the otherness of gender, ethnicity, and our many other axes of often socially constructed identity and confronting the challenges posed to advancing common human interests in contexts of profound social and economic inequalities that foster the process of “othering” and undermine democracy.

An incantation to “look at the world through each other’s eyes” can of course produce a hollow tolerance from our own narrow perspectives. Empathy can easily become a way to congratulate ourselves for feeling the sorrows of the world. But if it is taken seriously, the idea that both we as people and our democracies are enlarged by diversity, and that there is value in dialogue among people with distinct views who are treated as equals, has radical transformative potential. Seeing the dignity in the other, ascribing the other with our own human qualities—and often ascribing what we see as their human qualities to ourselves—is the basis of all human rights, in relation to health and generally.

It was in many ways during my time at Harvard Law School in the late 1980’s and early 1990’s that great expectations for the potential role for international human rights rose to prominence on the world stage. Human rights ceased to be just a response to the horrific atrocities in Nazi Germany or dictatorships in Latin America and elsewhere; it also became a discourse that spoke to the aspirations of diverse groups around the world. Indeed, the contrast between international human rights law and US domestic law was striking at the time. On the one hand, hopes of achieving social transformation through the courts had faded in the US as the Warren Court had given way to the Burger and then Rehnquist Courts. At the time I was there, Harvard Law School was dubbed “the Beirut of legal education,” for its acrimonious and ideological faculty disputes, largely between the conservative faction (including the dean appointed in 1989) and those who adhered to critical legal studies (CLS), a movement that focused on how the pretension to depoliticize the law and present legal reasoning as a neutral scientific exercise served to entrench the power of the status quo.5 Many of the insights of CLS theory, in its multiple permutations, both reflected and have been further developed by scholarship from varied legal traditions, as well as other disciplines, which have grappled with the inextricably intertwined relations between law, morality, and politics.

If the domestic US landscape for critical legal advocacy appeared constrained, it was during those same years that international human rights law was exploding—in the news media and as a scholarly field.6 Although in 1989 the Chinese regime acted with swift repression to put down the protests in Tiananmen Square, we all later sat glued to our televisions watching the fall of the Berlin Wall and Nelson Mandela walking free from Victor Verster Prison in 1990. These events not only shattered assumptions about the global political order, but also opened apparent possibilities for the use of a framework that radically transformed international law to make individuals, and not states, the subject of international legal rules. In short, it was an invitation to enlarge both our legal and political imaginations.7

The world was changing before our eyes, and it seemed possible that we could deploy human rights in innovative ways to combat the injustices—by the United States first and foremost—which many of us had until then protested through the politics of the street. When the Gulf War broke out in the spring of 1991, a group of friends and classmates created the International Study Team on the Gulf Crisis to assess the impacts that the US invasion had on civilians in an explicit human rights framework, weaving together legal, public health, and social science expertise to document the resulting deprivations of water, food, sanitation, and health-care access in terms of human rights—economic and social rights.8 That study team became the Center for Economic and Social Rights (CESR) in 1993, which I went on to contribute to through reports, fact-finding delegations, and then through serving on the board, eventually as vice president (2001–2008) and then succeeding Philip Alston as president (2009–2014).9 At the time, virtually all international human rights scholars and organizations were still focused on civil and political (CP) rights, such as freeing political prisoners and exposing civil rights abuses. Economic, social, and cultural (ESC) rights were derided if not dismissed by most international human rights organizations as well as scholars. But some of us nonetheless insisted that human rights—understood in its original holistic articulation in the Universal Declaration of Human Rights—could be deployed to regulate economic abuses, just as the expansion of suffrage and other civil rights had diffused political power.

Over the years those of us who have dedicated ourselves to advancing ESC rights, including CESR, have faced at least three challenges in scholarship and advocacy.10 First, we would have to subvert entrenched ideas about rights: notions that ESC rights were not real legal rights, but mere programmatic aspirations. Second, we had to articulate what it would mean to take ESC rights seriously in laws, institutional arrangements, and governance. Finally, we would have to demonstrate that doing so could achieve meaningful progressive social change.

This book is an account about facing those evolving challenges over the last three decades (1991–2019), with respect to the right to health and health-related rights in particular. It is a reflection on the extent to which coming to apply a human rights framework to health, and ill-health, was able to convert a narrative of “misfortune to be endured” to one of “injustice to be remedied.”11 Multiple assessments of international human rights have been written in recent years, both by avowed skeptics and by cheerleaders. This is, however, an insider’s account of a particular aspect of the human rights story—applying human rights to global health—in which I conclude there is indeed “evidence for hope” but “not enough.”12

7. There were of course well-known CLS scholars who were deeply skeptical of international law, but at the time such critiques seemed to unduly discount the possibilities for taking advantage of shifting global dynamics. For example, see David Kennedy, “A New Stream of International Law Scholarship,” Wisconsin International Law Journal 7 (1988).