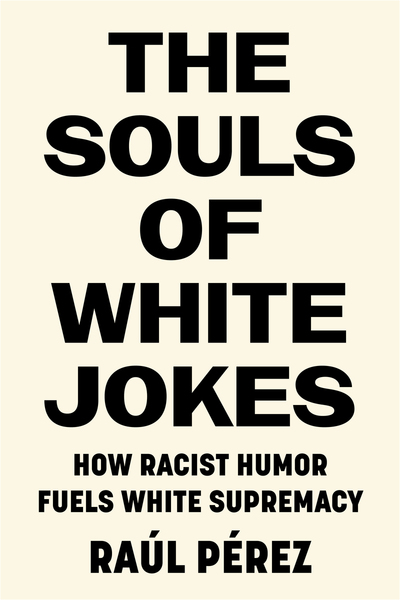 THE RACIAL POWER OF HUMOR

IN 2017, SERGEANT CLEON BROWN of the Hastings (Michigan) Police Department filed a federal civil rights lawsuit against his department, charging that he was the victim of racist joking, taunting, ridicule, and harassment by fellow officers and city officials. Brown, a “white”1 police officer working in an all-white police department, never imagined he would be the target of such racism. “I just never thought it would be in Hastings, saying, like, racist comments to me. . . . All the years I’ve been there we never joked about race,” Sergeant Brown stated.2 A year before filing his grievance against the Hastings PD, Brown, a military veteran and law enforcement officer of twenty years, took a DNA test from Ancestry.com.3 Brown had long assumed his family was part Native American, although with the name “Cleon” he was often teased as being part Black throughout his life. According to his Ancestry.com results, Brown found that he did not have Native American ancestry but was 18 percent sub-Saharan African. Brown was surprised by the results and shared them with his fellow officers.

His newfound racial identity became a running joke at the station. The racial taunting and mockery came from up and down the chain of command. For instance, Police Chief Jeff Pratt now referred to Brown as “Kunta,” in reference to Alex Haley’s character Kunta Kinte from the television miniseries Roots. Fellow officers began to whisper “Black Lives Matter” and pump their fists when walking past Brown. And during the holiday season, an officer put a Black Santa figure that had “18%” written on its beard in Brown’s Christmas stocking at the station. Hastings’s mayor, Frank Campbell, was also in on the joke. Brown reported that the mayor told him jokes that referred to African Americans as “Negroids.”4 The racist jokes went on for months. His attorney, Karie Boylan, stated that Brown felt emotionally distressed and “bullied” by his colleagues and that the stress of the ongoing incident impacted his mental health and ability to work. Brown sued the police department for racial harassment and sought at least $500,000 in damages.

The city disputed Brown’s allegations, responding that it was Brown himself who initiated the “racial banter.” According to city attorney Michael S. Bogren, Brown freely and jokingly shared his results with fellow officers. The city’s statement provided by Bogren also reported that Sergeant Brown had allegedly commented that he “now understood why he ‘likes chicken so much,’” mentioned that “the 18 percent is all in my pants,” and further, that Brown “had a long history of making rude comments about black people.” Brown denied these accusations, stating that he “has always tried to take a race-neutral approach to policing” and that he developed a new understanding of the effects of racism from this experience.5 In 2018, the city awarded Brown $65,000, although Jeff Mansfield, city manager for Hastings, noted that “the city did not believe the lawsuit had merit. . . . But when comparing the settlement to the cost and disruptive effect of defending the case . . . it was in the city’s best interest to resolve the case on the terms in the mediated settlement agreement.” Part of Brown’s settlement stipulated that he would have to resign.6

How should we understand this peculiar incident? Many will certainly find this story ironic, comical, and perhaps ridiculous. It is not often we hear about a white police officer being racially harassed and ridiculed as a Black man in the workplace. More often, it is officers of color and civilians of color who are the victims of mocking and insulting racist police discourse.7 So, there is temptation to see this incident as “just a joke.” This is the way the city of Hastings attempted to frame this particular case, and it is the way these incidents are characterized more generally by elected officials, law enforcement officers, entertainers, and so on, when their “jokes” go “too far.” Viewing such an incident as “just a joke” suggests that no real harm has been done, that we should not take ourselves so seriously, and that we should see the incident for what it really is and for how it was intended: funny.

In many ways, Brown’s case is a satirical allegory for the prevalence of racism within our criminal justice system. Indeed, this peculiar incident is perhaps the perfect premise for a 21st-century interracial buddy cop comedy, where the white cop who takes a DNA test learns that he is also the Black cop. Hilarious, right? Or, perhaps, it could be the premise for a dark comedy, an episode in the Netflix series Dark Mirror, or a new film by comedian and director Jordan Peele, where the white officer who shares his DNA test results becomes not only the victim of racist jokes by fellow white officers, but is later the victim of police brutality when he is beaten nearly to death at a traffic stop by a white police officer who mistook him for a “criminal.”

This incident is also reminiscent of journalist John Howard Griffin’s book Black Like Me (1961), in which Griffin recounts his experience traveling in the Deep South after temporarily darkening his skin and documenting his encounters with racism. Griffin offered his observations to argue that the only way white people could truly understand what it was like to be a “Negro” in the United States was “by becoming one.” As Sergeant Brown expressed, while the ongoing racist joking and taunting humiliated and angered him, he believed it gave him greater insight into the problem of racism in law enforcement in the country. “This is why we have a great divide in this nation,” he told the New York Times. “I feel my eyes are being opened now to that.”8

However, in contrast to Griffin’s account, Brown did not temporarily darken the color of his skin, which is often used to ridicule rather than to empathize with Black people, and his Ancestry.com results did not alter his complexion. In this case, Brown’s racialization was created not by a DNA test but by the racist jokes, teasing, and ridicule that he endured from his fellow white officers and city officials. In other words, it was the racist joking rituals and practices that took place in this setting that changed Brown’s racial experience in an otherwise “white space.”9

Brown momentarily endured what sociologist Elijah Anderson refers to as the “n***** moment”—those moments of “acute disrespect” that Black people routinely experience in white spaces, where all whites have the power to humiliate, degrade, and mark them as racialized outsiders. As Anderson observes:

Among themselves, black people often refer to this experience after the fact in a light-hearted manner and with an occasional chuckle as “the n***** moment.” It is something of an inside joke. At the time it occurs, however, the awareness of this act of acute insult and discrimination is shocking; the victim is taken by surprise, caught off guard. . . . This moment is always insulting, and even a relatively minor incident can have a significant impact.10

These seemingly minor incidents, often described as racial “microaggressions,” routinely occur under the guise of humor.11 But such incidents are neither minor, micro, nor benign. Racist joking practices in the United States have long played a significant role in shaping how racialized groups and individuals are viewed and treated as inferior subjects and outsiders, while simultaneously forging and maintaining social order, cohesion, and boundaries among white participants and “in-group” members as superior. In the case of Cleon Brown and the Hastings PD discussed above, we see that the use of racist humor changed the social and racial experience of a white, male law enforcement officer, arguably one of the most powerful social positions an individual can occupy in the United States today.

If racist humor has the power to impact the social and racial experience of a white male police officer in the 21st century, what has it done to the people of color who have long been, and continue to be, the prime targets of such humor? And what does the use of racist humor do for those who partake in its forbidden pleasure, past and present? From the history and legacy of blackface minstrelsy—in which Blacks were comically ridiculed and portrayed by whites as stupid and buffoonish—to the current circulation of racist jokes and insults in the media, among colleagues in the workplace, within far-right groups and organizations, and among politicians and leaders in the public arena, I argue that racist humor is a discourse that has long played, and continues to play, a powerful role in generating and maintaining racialized feelings, hierarchies, and worldviews. In other words, racist humor has social power.

How racialized groups and individuals are socially defined and treated, and who gets to define and take action upon them, is what racial theorists Michael Omi and Howard Winant call “racial formation,” or the process of socially constructing and making race.12 In this book, I offer another piece in the puzzle of racial formation, one that has been little explored and that is often disregarded as relatively minor, peripheral, or benign. Over the last two centuries, racist humor—its political and discursive evolution and organized opposition to it—has played a critical role in shaping how many Americans think, feel, and act on race. The way in which racist humor has circulated and been challenged in U.S. society is a clear example of how “race” has been, and continues to be, socially and politically constructed in everyday life.

1. Here, and throughout, I do not use racial categories to connote that they are “real” in a biological sense. They are social and political constructions that emerged out of European colonialism and have had disparate social consequences for racialized groups and individuals over the last five centuries. See, for instance, R. Sussman, The Myth of Race: The Troubling Persistence of an Unscientific Idea. Harvard University Press, 2016.

3. DNA tests do not illustrate the biological nature of race, and their accuracy and findings are often misunderstood and misinterpreted. For extended discussions on race and DNA, and racial science more broadly, see A. Nelson, The Social Life of DNA: Race, Reparations, and Reconciliation After the Genome. Beacon Press, 2016; T. Duster, Ancestry Testing and DNA: Uses, Limits–and Caveat Emptor, in Genetics as Social Practice (pp. 75–88). Routledge, 2016; D. E. Roberts, Fatal Invention: How Science, Politics, and Big Business Re-Create Race in the Twenty-First Century. New Press, 2011; D. A. Bolnick, et al., The Science and Business of Genetic Ancestry Testing, Science, vol. 318, no. 5849 (October 19, 2007): 399–400.