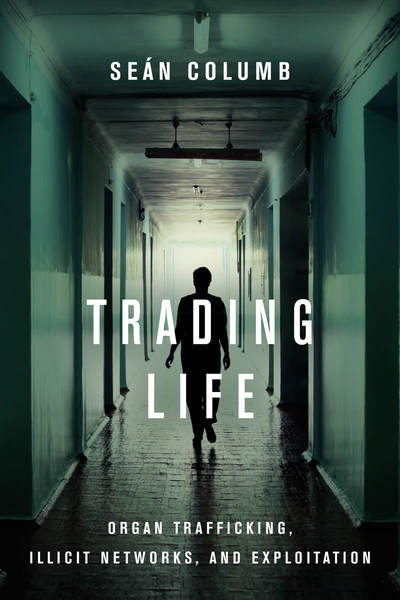 PETROS, WHOSE INTERVIEW IS FEATURED in the preface, was not recognized as a victim of human trafficking. On the contrary, in the absence of a valid residency permit, his status was considered “illegal,” leaving him subject to arrest and/or deportation. It was from within this precarious context that he was exploited for his kidney. In 2010 the Egyptian government made it a criminal offense to buy or sell an organ. Fearing arrest, Petros was reluctant to report the broker who solicited his kidney to the Egyptian authorities. Petros received $6,000 in exchange for his kidney, but his circumstances did not change, and he remained determined to leave Egypt in search of better living conditions and employment opportunities.

The purchase or sale of organs is prohibited worldwide, with the exception of Iran. This means that in most states where the sale or purchase of organs is illegal, people who have “consented” to sell a kidney can be held liable for committing a criminal offense. Following this logic, people who sell an organ can be considered complicit in their own exploitation. Although it is unlikely that organ sellers,1 who are perceived to have been victimized in some way (e.g., they have been trafficked), will be prosecuted, arrest and detention is a real possibility for people marked out by their “illegal” migrant status. In this regard, the exploitation that organ sellers experience is recognized only in the context of human trafficking, categorically defined as a criminal offense against a victim-citizen. This narrow emphasis on criminality overlooks important intersections of agency, culture, identity, and politics, diverting critical attention away from the environments and circumstances that predispose people toward organ sale. Criminal measures do nothing to offset demand for illegal transplants. The prevailing law enforcement response does not capture or respond to the empirical reality. Conversely, crime and immigration controls have produced an anomic environment that fosters a subculture of organ sales among migrant populations in particular. In Egypt the organ trade has developed from the informal economy as part of the “service industry” of organized crime, orchestrated by a network of intermediaries operating across the illegal-legal divide.

Drawing on the experiences of African migrants in Cairo, Egypt, in this book I bring together seven years of fieldwork (2014–2020), charting the development of the organ trade from an informal (unregulated) economic activity into a structured criminal network. The narratives that I present forge new insights into the structure and activities of organ trading networks and the impact of current legal and policy measures in response to the organ trade. Moreover, the findings demonstrate how investing financial and administrative resources in law enforcement and border security at the expense of social services has led to the convergence of illicit networks (i.e., smuggling and organ trading networks) in the informal economy and the development of organized crime.

In the past 20 years the organ trade has gained international attention and notoriety as a form of human trafficking. Intergovernmental reports, academic articles, and media exposés speak to the egregious nature of organ sales and/or organ trafficking, two distinct terms that are used interchangeably, and point to the existence of an illegal underworld that trafficks body parts within and between countries (see, e.g., Scheper-Hughes 2001; OSCE 2013; and UNODC 2018). A common narrative is constructed in which organ brokers or traffickers manipulate, deceive, and coerce vulnerable individuals into selling their organs. Victims are trafficked to a medical facility, where they are forcibly detained, if necessary, before having their organs removed by nefarious medical professionals.

Traffickers may persuade victims that trading one of their kidneys is the only way to cope with poverty. Traffickers abuse these vulnerabilities, specifically targeting unemployed rural workers or homeless people who are in desperate situations, and deceive them into trading their organs for money that will not be paid at the end of the surgery. . . . Traffickers collude with medical professionals, relying on corrupt and fraudulent practices. (UNODC 2018: 30)

The World Health Organization (WHO) has estimated that 5–10% of organ transplants take place illegally each year (Shimazono 2007). In a 2018 report the United Nations Office on Drugs and Crime (UNODC) collected data on more than 700 incidents of organ trafficking, primarily from North Africa and the Middle East.2 Global Financial Integrity, a Washington, D.C., based nonprofit organization, ranks the global trade in organs in scale and profit alongside the illicit trade in drugs, wildlife, and weapons, with an estimated annual profit of $1.7 billion. How exactly this figure was established is unclear. Nevertheless, the global trade in organs is believed to be among the most lucrative forms of human trafficking (UNODC 2018).

Influential voices within the transplant profession have condemned the unethical payment of vulnerable donors, advocating for a worldwide prohibition of organ sales to combat the threat of organ trafficking. Meanwhile, states have been urged to increase their altruistic supply of organs to offset the demand for illegal transplants (Danovitch and Leichtman 2006; Delmonico 2009). Legislative responses reflect this interpretive bias by concentrating efforts on increasing the donor pool by legitimate means and by applying formulaic criminal prohibitions against organ sales.

In 2000 “the removal of organs” was listed as a form of exploitation under Article 3(a) of the United Nations Protocol to Prevent, Suppress, and Punish Trafficking in Persons (hereafter, the Trafficking Protocol; UNODC 2000b).3 According to the Trafficking Protocol, organ trafficking occurs when there is evidence of an act (e.g., recruitment) carried out by illicit means (e.g., threat or use of force or other forms of coercion) to exploit a person for the removal of one or more of their organs in pursuit of profit. How exactly the “removal of organs” becomes a criminal act or how an ostensibly consensual agreement to sell an organ becomes exploitative and subsequently a trafficking offense is not elaborated.4

In drafting international guidelines in response to the organ trade, it was assumed that organ sellers would inevitably come under the control of traffickers. Therefore prohibiting all instances of “transplant commercialism” was necessary. In 2004 a World Health Assembly (WHA) Resolution (WHA 57.18) called on member states “to take measures to protect the poorest and vulnerable groups from transplant tourism and the sale of tissues and organs, including attention to the wider problem of international trafficking in human tissues and organs” (WHA 2004: 57). This resolution was accompanied by a news bulletin that warned that “the international trade in human organs is on the increase fueled by growing demand as well as unscrupulous traffickers” (WHO 2004: 1). A 2007 WHO report identified Egypt, Pakistan, China, the Philippines, and India as “organ exporting countries” where “organs from local donors are regularly transplanted to foreigners through sale and purchase” (Shimazono 2007: 957). At an international summit convened by the Transplant Society and the International Society of Nephrology, political leaders were called on to prohibit all instances of transplant commercialism (i.e., organ sales). Under threat of organ trafficking, states were urged to develop their transplant infrastructure to accommodate deceased organ donation: “In countries without established deceased organ donation or transplantation, national legislation should be enacted that would initiate deceased organ donation and create transplantation infrastructure, so as to fulfill each country’s deceased donor potential” (International Summit on Transplant Tourism and Organ Trafficking, 2008: 135).

In an update to its Guiding Principles on Human Cell, Tissue, and Organ Transplantation the WHO encouraged all states without a regulatory framework governing transplant practice to prohibit organ sales: “Payment for cells, tissues and organs is likely to take unfair advantage of the poorest and most vulnerable groups, undermines altruistic donation, and leads to profiteering and human trafficking” (WHO 2010: 5). In 2014 the Council of Europe established the Convention Against Trafficking in Human Organs, expanding criminal sanctions for offenses related to the “illicit removal of human organs.” Paradoxically, the Convention allows for both the prosecution and protection of organ sellers. As outlined in Articles 4(a) and 4(b) criminalization is contingent on a lack of informed consent and the exchange of money. This means that individuals who have “consented” to organ sale are potentially liable for prosecution, “where in exchange for the removal of organs, the living donor has been offered or has received financial gain or comparable advantage” (Article 4(b)). According to the Explanatory Report to the Convention (paras, 29 53), the prosecution of organ donors and recipients is at the discretion of states parties to the Convention. States diverge widely with regard to the level of punishment to be administered for the offense of selling an organ and/or organ trafficking. Punishment can range from three months of imprisonment and/or a fine (e.g., the United Kingdom) to a life sentence (e.g., Egypt). Rather than address such inconsistencies, the Convention merely encourages states to adopt new offenses to prevent and combat trafficking in human organs.

1. I use the term organ seller as opposed to donor to clearly differentiate being different acts and motivations that are often conflated. Organ sales are not donations.

2. This is a relatively low number, compared with the 225,000 victims of trafficking in persons for all other purposes reported by the United Nations Office of Drugs and Crime (UNODC 2018).

3. Article 3(a) of the Trafficking Protocol defines trafficking in persons as “the recruitment, transportation, transfer, harbouring or receipt of persons, by means of the threat or use of force or other forms of coercion, of abduction, of fraud, of deception, of the abuse of power or of a position of vulnerability or of the giving or receiving of payments or benefits to achieve the consent of a person having control over another person, for the purpose of exploitation. Exploitation shall include, at a minimum, the exploitation or the prostitution of others or other forms of sexual exploitation, forced labour or services, slavery or practices similar to slavery, servitude or the removal of organs.”

4. The Trafficking Victims Protection Act (TVPA) in the United States does not directly recognize organ trafficking or the removal of organ(s) as a form of exploitation. See Pugliese (2007: 181).