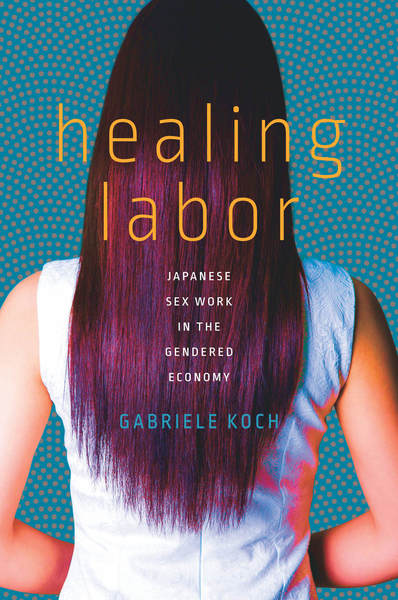 This chapter considers how ideas about the social value of the sex industry drive its regulation as an organized sector of the economy in contemporary Japan. Despite widely held assumptions about the basic necessity of providing men with access to particular kinds of gratification, regulatory strategy has reflected a reluctance to fully sanction commercial sex. This contradiction manifests in the common description of the sex industry as occupying a legal "gray" area that mirrors the social position of sex workers and creates an uncertain environment for those working in this industry. The chapter argues that the grayness of regulation reflects ambivalence about the importance of women's commercial sexual labor to the organizing logic of the economy.

This chapter explores the diversity of those in the sex industry and what attracts them to it. In the context of a limited labor market for women, sex workers foreground the high earnings and the forms of autonomy and flexibility offered by sex industry work. Many of the same aspects that women in the sex industry find appealing about sex work, however, also reflect its marginalization from the dominant norms that structure the male-gendered economy. The chapter examines how this contradiction reveals how sex workers imagine what "work" can and should be.

This chapter examines how sex workers manage a problem central to their work: it is both uniquely lucrative and stigmatizing, opening up possibilities at the same time as being unmentionable. Sex workers go to great lengths to separate their working lives from their "real," socially legitimate identities. The stigma of working in an illicit industry contrary to normative notions of feminine respectability is always on women's minds as they maneuver the moral conflicts that accompany their entry into and departure from the sex industry. The chapter argues that the sexual economy is always also a moral economy and that how women talk about their work is shaped by moral ideologies of whom and what women's labor should be for.

This chapter looks at how sex workers themselves understand the services that they offer to their customers in terms of healing labor. Women working in Tokyo's sex industry value the care they provide for what they see as its contributions to the well-being and productivity of male white-collar workers. Their services center on iyashi (healing), a carefully constructed performance of intimacy that commingles maternal care with sexual gratification. Sex workers regard iyashi as a socially necessary form of women's care of men and centrally assess the value of their work in terms that foreground its contributions to men's work. Although sex workers may devote considerable effort to cultivating their skill at providing iyashi, they conceal this labor so as to engender the appearance of a naturalized femininity.

This chapter follows the advocacy of an anti–human trafficking organization that seeks to reframe the normalization of women's work in the sex industry as exploitation. The individuals involved in this organization are deeply concerned with the vulnerabilities of adolescents and young adults in Japanese society and with how forms of neglect, marginalization, or lack of social connection may lead them into situations in which they can be taken advantage of by others. As with the healing labor of sex workers, the human rights advocacy of the organization's staff and supporters is also a form of feminized care set against the backdrop of a restrictive female labor market. The chapter contrasts the organization's anti-prostitution rhetoric with the responses of sex workers who describe these activists as fundamentally misrecognizing who they are and what they do.

This chapter explores the issues that women working in the sex industry themselves identify as subjects of concern and how these derive from sex work's place in the gendered economy. Sex workers' rights advocates maintain that women in the sex industry should have access to the same dignity afforded by legal protections and benefits as individuals in other categories of work. These advocates recognize the social value of sex workers' healing labor and argue that the sex industry should be treated as a quotidian sector of the economy. Women working in the sex industry, however, regard themselves as transient workers and are largely uninterested in defining themselves as professionals. The chapter argues that the contradictions implicit to healing labor create an impediment for labor rights in this particular context.

The epilogue argues that paying attention to sex reveals how the concept of gender remains fundamental to the economy. Exploring how adult Japanese women working in the Japanese sex industry experience and understand their work allows us to see how people define themselves in relation to questions that are always already deeply implicated in gendered assumptions. In the Japanese sex industry, sex and care share asymmetrical gendered interdependencies of male necessity and female provision. Ultimately, the epilogue argues that considering sex workers helps us to understand the exclusions that Japanese women face in the national economy more broadly.