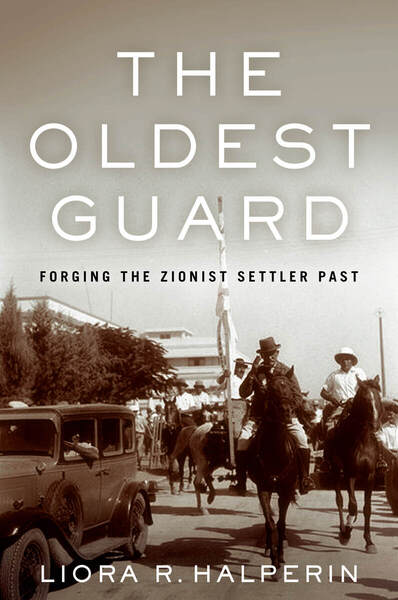 The introduction offers a brief history and historiography of Jewish rural settlement in Palestine from the last quarter of the nineteenth century through the early twentieth century. It discusses the paradigm of "numbered aliyot" and the emergence of the "First Aliyah" in a context of intra-Zionist strife as well as the erasures enacted by this periodization scheme. The introduction uses the concept of supersession from the early Jewish-Christian polemic to think about both the displacement of the "first" and the further erasures of Jewish and, especially, Palestinian history that it enacted. It discusses the utility of considering Zionist memory at the intersection of ethnonational memory and settler colonial memory.

Chapter 1 complements the accepted notion that Labor Zionists gained their identity and awareness in opposition to private colony farmers by looking at how farmers began to articulate a vision of themselves and their communities as "apolitical" in early tensions with workers. It finds evidence of farmers' own commemorative efforts in the pages of nonpartisan, professional, politically centrist, and right-wing publications and through the story of several organizations that represented or included those engaged in private agriculture, including Bnei Binyamin (est. 1921), and advocates of "General" rather than Labor Zionist education. It also considers the British as a prime audience for past colony narratives through accounts of their visits to the colony. In these settings, farmers packaged and presented the First Aliyah past as one of economic contribution, nonpartisan nationalism, and settler firsts as opposed to the deleterious partisanship they saw as characteristic of the Zionist labor movement.

Chapter 2 considers narratives in the "First Aliyah" colonies about relations with rural Palestinians: those who lived in the vicinity and those who were hired to work in the colonies. In the context of growing Arab resistance to Zionism, Labor Zionists promoted a Hebrew Labor platform as the grounds for Jewish-Arab coexistence. Farmers constructed a narrative of "hierarchical coexistence," in which they remembered positive hierarchical relations between Jewish employers and Arab employees as evidence of settler magnanimity and pragmatism. This chapter looks at several cases of settlers reminiscing about such relationships and analyzes symbols associated with settler narratives: the use of horses and facility with the Arabic language.

Chapter 3 looks at the promotion of the moshava hero or founder figure—one who was purportedly non-political, who had survived on the settlement frontier, and/or who maintained strong relations with rural Palestinians—particularly to youth, during a period of increased Jewish immigration to Palestine in the 1920s and 1930s. This chapter looks at elderly settler testimony as evidence of the importance of living figures, rather than only national casualties, in Zionist memory-making. Main sources are a series of radio programs featuring the Bilu settler Menashe Meirovitch; school curricula and trips to homes of First Ones; and an analysis of the symbolism of Avraham Shapira's participation in the annual Tel Aviv Purim parade.

4 The Colony and the Village: Constructions of Coexistence after the Nakba
chapter abstract

This chapter returns to the memories in the agricultural colonies (moshavot) of the Palestinian villages that had been located in their vicinity prior to the Nakba but that, in most cases, were depopulated during the 1948 Nakba and later razed. It considers the evolution of discourses about First Aliyah defense and security in retrospective testimonies in the 1950s. It sees the 1957 sulha (reconciliation) ceremony in Kafr Qasim, with Avraham Shapira as its head, as evidence of the state's deployment of moshava discourses of hierarchical coexistence towards its Palestinian citizen minority.

5 Jewish Immigrants and the Politics of Settler "First Ones," 1948–1967
chapter abstract

Following 1948 and Israeli independence, the oldest "First Aliyah" veterans passed on and the moshava leaders feared that their influence was declining. A Jewish immigrant influx, including of Mizrahim, was settled by the state in transit camps on sites of depopulated Palestinian villages near moshavot. The General Zionists and Liberal Party that represented most private farmers faced pressure from both immigrant workers and the Mapai establishment. Native-born Israeli Jews began to look more skeptically at the authority of First Ones. In this context, moshava landowners and farmers conducted commemorative ceremonies and outreach to immigrants and constructed a durable commemorative apparatus.

Conclusion: Thinking about the First Aliyah after 1967
chapter abstract

The conclusion traces First Aliyah settler commemoration after 1967, as Israeli settlement got underway in Occupied Palestinian Territories. Israeli collective memory, it argues, has maintained focus on the centrality of settlement, both within and beyond the Green Line and in commemorative events, including the 1982 Knesset celebration of 100 years of settlement. As Israeli Jews increasingly hired Palestinian labor, they displayed two discursive trends associated with First Aliyah commemoration. Centrist/Liberal voices, including those of "non-ideological" settlers who identify as moderate and pragmatic, promote business development, technology, and the employment of Palestinians as an uncontroversial good.