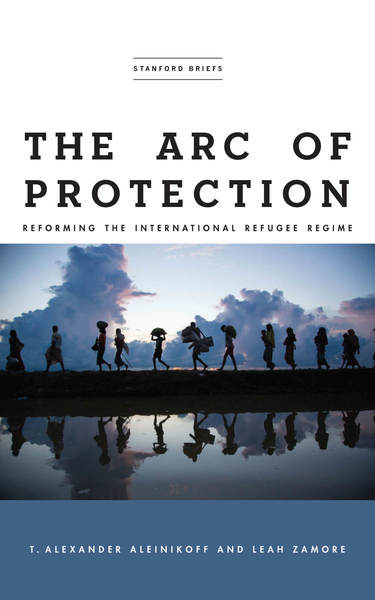 The world is facing record numbers of persons displaced by conflict and violence. More than 70 million people have been forced from their homes, a number larger than the population of the United Kingdom. Twenty-five million persons have fled from their home states over an international border. They are refugees under international law and in common parlance. More than 40 million displaced persons have remained within their countries of origin (they are referred to as internally displaced persons, or IDPs). For a complete picture of global displacement, one must add to these daunting numbers another 20 million persons displaced each year because of natural disasters and the effects of climate crisis (whether in the form of rising sea levels, extreme heat, desertification, or drought). Additional millions are displaced because of development projects such as dams as well as mining operations, land concessions, and unregulated urban growth.

These displacements are well documented in today’s world of viral images. We can bring easily to mind pictures of overcrowded boats; a three-year-old drowned in the Mediterranean, who has come to rest on the Turkish shore; Rohingya refugees in a muddy, overcrowded camp in Bangladesh; children, seeking asylum at the southwest border of the United States, taken from their parents and placed in immigration detention.

The numbers and the images associated with such crises tend to overwhelm. Too many people seem to be fleeing too many horrific situations for the world to be able to respond effectively. Yet in other eras the international community took the numbers as a challenge to address rather than a tragedy to bemoan. At the close of World War II tens of millions of displaced persons needed care and assistance and a place to call home. The international community responded. While many refugees were returned to their countries of origin, millions of others were integrated into the countries in which they were residing or else resettled to a third country. An international refugee agency—the Office of the United Nations High Commissioner for Refugees (UNHCR)—was established and a Refugee Convention, providing a robust set of rights for refugees, was adopted.

In the decades since, an international regime of norms and a comprehensive set of practices for the relief of refugees have matured. This arc of protection for refugees has been extended to new categories of displaced persons, and new international actors have arisen to take on the tasks of fashioning responses and finding solutions to refugee situations.

Yet today, we will argue, the international refugee regime is fundamentally broken. Increasing numbers of states have adopted policies to deny, deter, and detain asylum-seekers. Fences have gone up on mainland Europe as boats have gone down in the Mediterranean Sea. A long-standing refugee camp in Kenya, which houses several hundred thousand Somali refugees, is threatened with closure and refugees are told to prepare to be returned to an insecure and drought-ridden Somalia. Europe, Pakistan, and Iran send refugees back to Afghanistan only to see them join the swelling ranks of the country’s internally displaced. The United States interdicts vessels in the Caribbean; Malaysia and Thailand push back boats on the Andaman Sea; and Australia “excises” part of its territory from its usual migration rules, thereby denying persons arriving by boat a right to apply for asylum. After providing safe haven to more than five million Syrian refugees, Lebanon, Jordan, and Turkey seal their borders to prevent further entries.

In important respects, forced displacement today is more complex and intractable than in earlier eras. There are new drivers of population upheavals—the climate crisis, gang and criminal violence, civil disorder—that together with conflict have produced the highest number of displaced persons in generations. While refugee flows have often generated popular opposition in the past, the current anti-refugee animus—particularly in states in the global North—is in many ways unprecedented. Economic contraction since 2008 has played a decisive role in this regard, making it politically as well as financially more difficult to galvanize support for the integration of refugees into public systems. Even where entry into an asylum state is obtained, refugees face dismal prospects.

The focus of international attention on the “crisis” in rich countries has contributed to a misreading of these developments. The vast majority of today’s refugees reside in the global South, mostly in just a handful of struggling countries that neighbor their own. That is, rather than any formal process or dependable practice of international responsibility-sharing—vital to finding solutions to refugee situations, and to ensuring the dignified and lawful treatment of refugees in the interim—the present system operates on the basis of “responsibility by proximity.”1

This is not to say that refugees are abandoned. An entire humanitarian system has emerged to provide refugees with emergency relief. Still, the vast majority remain displaced for years if not for decades. A system established to provide short-term palliative care is now called upon to render services for long and indefinite periods of time, while it is neither empowered nor resourced to do so. As a result millions of refugees around the world experience a “second exile”—years spent in limbo with little opportunity to rebuild their lives or contribute to the communities that host them. Whereas refugees were once accepted into the territories, labor markets, and welfare programs of host states, today the social and economic rights guaranteed to refugees under international, regional, and domestic law are routinely violated. Refugees, in other words, are both locked in and locked out: unable to return home, forbidden to move elsewhere, denied access to economic opportunities and social programs in hosting states.

The story is not entirely grim. In 2018, member states of the United Nations came together to adopt a Global Compact on Refugees (only the United States and Hungary refused to sign on) in an effort to right the listing boat of refugee protection. The Compact as a whole—if implemented—will improve the lives of many of the forcibly displaced. But the document explicitly states that it is “not legally binding.” Furthermore it embodies no fundamental rethinking of the prevailing system. Rather, its central call is for rich states and international financial institutions to provide more funding to states and communities that host refugees. Scholars and policy thinkers have developed a wide range of proposals for improving the international refugee regime; a majority of these may be said to constitute a “New Liberal Consensus” on reform. But as we will show, the Consensus is more likely to reinforce than to remedy an intolerable status quo.

In the pages that follow, we make a number of recommendations for reform that go beyond the Global Compact and the New Liberal Consensus. Returning to some of the regime’s foundational principles, we argue for a focus on refugee rights and the goal of refugee autonomy. Moving into new territory, we urge expanding the categories of persons protected by international law and practice; establishing a global system for responsibility-sharing; and adopting new understandings of “solutions” to refugee situations.

As we pursue these issues, we want to make clear our fundamental position: while the numbers are large, the “problem of refugees”—to use the language of the UN statute creating the Office of High Commissioner—is entirely manageable. And it is manageable in a way that preserves the rights of refugees and offers them robust opportunities to rebuild their lives. Seventy million displaced people are not so many in a world of seven billion. If each country accepted its fair share, surely no one country would be overwhelmed.

We fully recognize that serious reform of the international system of refugee protection will be difficult to achieve. International organizations and long-standing practices do not easily give way to new thinking. Most significantly, states will need to play a primary role in effecting change, yet the current system has been established by and for states—with state interests directing policy choices. Thus serious reform will require conceptual innovation and concerted political action.

1. This is the late Peter Sutherland’s phrase. Sutherland served as UN Special Representative for International Migration from 2006 to 2017, and was instrumental in the process that led to the 2016 New York Declaration for Refugees and Migrants.