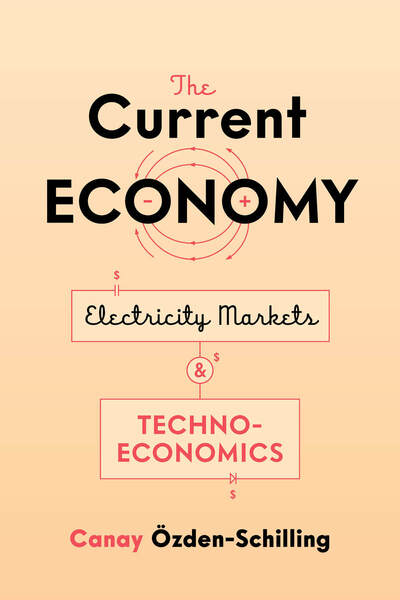 Electricity is ordinary. The denizens of the fully electrified world tend to take its continued presence for granted and are startled by moments of its interruption, like blackouts or brownouts.1 But electricity is also extraordinary, and not only because, over the course of less than a century and a half within its introduction, it has had a transformative effect on how social life is experienced in urban spaces (Nye 1992) and households (Cowan 1983). Electricity is an extraordinary commodity—not one to be used in economics textbooks to demonstrate the purported laws of supply and demand.

First, electricity is very difficult to store. It cannot wait in a warehouse, like clothes or even perishable foods can to varying degrees, while consumers make up their minds or wait for the right price. Many industrialists are currently racing to produce, and produce cheaply, the first grid-level batteries big enough to hold power plants’ worth of electricity; in the meantime, most electricity produced in power plants needs to be consumed almost immediately, lest extra supply or sudden loss hurt the wires through which electricity moves. (That is when blackouts may occur.) Second, electricity’s transportation is peculiar. Many commodities lend themselves to alternative modes of transportation. Buyers and sellers may switch from air to sea to land, and from shipper to shipper within each mode, in search of lower costs. Electricity, on the other hand, is married to its transportation infrastructure—the electric grid—until the day it can be stored, boxed, and loaded up onto trucks. Furthermore, demand for electricity is what economists often consider “inelastic,” which means it barely changes based on changes in prices. Consumers, after all, struggle to conceive of substitutes for electricity when the power goes out.

For at least the second half of the twentieth century, electricity served as a literal textbook example of how there simply could not be markets in certain commodities (Ulbrich 1991). In discussing electricity, textbooks held that “competition is impractical, inconvenient, or simply unworkable” (McConnell 1960, quoted in Ulbrich 1991, 179) and “obviously uneconomical” (Samuelson 1958, quoted in Ulbrich 1991, 179). The initial investment in infrastructure was simply too high for many competitors to undertake, just like in other businesses considered public utilities—water, natural gas, and mail delivery. According to these textbooks, each of these situations called for a “natural monopoly”—a single firm licensed and regulated by a state or government to serve a demarcated territory. That the electricity industry was the archetypal natural monopoly was received wisdom in economics in the early 1980s, when Richard Schmalensee, an economist from the Massachusetts Institute of Technology (MIT) who studied the regulation of electric utilities, was having a chat with officials from the Ronald Reagan administration along with his colleague Paul Joskow. During the chat, the officials, to Schmalensee and Joskow’s shock, casually floated the idea of “deregulation” in the electricity industry—the idea to break up the monopolies and initiate market competition. Could there be many producers competing to sell their electricity in the same territory instead of one vertically integrated company producing, transmitting, and delivering it all by itself?

In a conversation that I shared with Schmalensee in his office in 2013, the economist remembered himself and Joskow struggling to contain their incredulity: “‘Wait, what? Uh, no! They’re natural monopolies! I mean, there’s only one set of wires. You can’t have competing wires!’” To that, he remembered the officials responding, “You sure? It works everywhere else.”2 Other infrastructural systems across the US, Reagan’s officials reminded the economists, were being or had been deregulated at a record pace. Airlines. Trucking. Telecommunications. Within a year or two of that chat, Joskow and Schmalensee wrote one of the first works in the world that addressed the possibility of deregulation in electricity in depth and advised, albeit cautiously, a path toward allowing competition in the generation of electricity (1983).

Less than a decade later, in 1992, the Energy Policy Act passed in the US with clauses that allowed states to break up electricity monopolies. Today, in sixteen states, electricity can be produced, transmitted, and retailed by different entities. In 1996 and 1998, the Federal Energy Regulatory Commission (FERC) took further measures to make competition in electricity a reality. FERC required all transmission operators to open the use of the grid on a nondiscriminate basis to the newly minted buyers and sellers. It also defined rules for transmission operators to run markets for electricity. “Market” specifically meant a commodity exchange, like other commodity exchanges in cotton, wheat, or crude oil, where prices are established periodically by processing a multitude of bids and offers for each megawatt of electricity. Seven electricity markets in the US have come online since. The combined footprint of electricity markets amounts to some two-thirds of the contiguous US. Territorial monopolies, in other words, now make up the minority of the American electricity business. What is more, consumers are taking on more active roles in these markets as our everyday electronics, from electric vehicles to air conditioners, begin to interface with these markets. Once a prime example of economic impossibility, electricity markets have become an unambiguous reality.

What happened? If electricity is so incongruent with our existing ideas of markets, what does it take to build markets in electricity—what kinds of work and expertise are involved in making, maintaining, and inhabiting them? What can we learn from this about the locus of market-building ambition and authority in our contemporary moment in capitalism? In the twenty-first century US, how are domains of social life previously governed by nonmarket reasonings turned into markets—who creates and maintains new markets where none existed before? How do different actors, from traders to everyday consumers, inhabit these new markets? This book sets out to answer these questions.

Electricity’s quirks as a commodity come up rather quickly when one starts to talk to people familiar with the business. When I first became interested in electricity markets as a doctoral student in anthropology, I sat in a graduate-level class about electricity regulation offered by MIT’s Engineering Systems Division. There, almost every lecture was built around a unique issue related to electricity’s physics that made it a business unlike most others. Electricity traveled through the electric grid, for instance, following the path of least resistance. “There is no such thing as, say, blue electricity,” said the instructor, an electrical engineer who had become a market regulator. “You can’t say, I want my electricity to come from X power plant.” Then I began to meet electricity traders and market analysts at “happy hours” in Boston. I noticed how often they, too, brought up electricity’s quirks and its essential roles in everyday life—always with smiles on their faces, broadcasting their own fascination with the object of their trade. They spoke, for instance, of how they needed to calibrate their price models every year right before the Super Bowl in anticipation of a massive simultaneous surge in electricity demand to run televisions across the country. From electricity physics to data science to optimization, these experts each had different areas of focus, but for all of them, their expertise was informed by electricity’s particular exigencies. Gradually, I also became aware of everyday electricity consumers who protested the infrastructure expansion projects encouraged by electricity markets. They spoke of their sense of property ownership, again, in a way that was informed by the layout of the electric grid, like the farmers who described to me how close the transmission wires hung to their crops.

This book reports on ethnographic work with several kinds of groups that design, maintain, and critique markets in electricity. Each chapter is a building block in examining the puzzle that animates this book—how a market is made, maintained, and inhabited in an unlikely commodity like electricity. Throughout this endeavor, I document several different kinds of practice, expert and otherwise, which all take electricity as its object. These include the work of engineer-economist teams who theorized the mathematics of price-making formulas for markets that would honor electricity’s physics; data workers who create computational representations of electricity that enable remote trade by far-flung actors; optimization and behavioral research experts who invent better ways to balance the supply and demand of electricity; and citizen activists whose experiences with the electric grid lead them to demand more just mechanisms for the exchange of electricity. To explore how the natural monopoly days are being left behind, this book takes us to the cultural settings of a variety of electricity-focused groups. These cultures, I argue, are what give electricity its markets today—in forms that are diverse, contested, yet unambiguously real.

The title of this book, The Current Economy, works in two ways. One is specific to the markets of electricity; at the ethnographic level, the book shows a robust, humming economy built around the fleeting current of electricity in the contemporary US. The other points at a larger phenomenon in contemporary capitalism, one about which electricity’s markets have much to teach us. The book sketches the contours of the economies in which we currently live—economies built and maintained, technologically, by specific groups of workers. I seek to show that novel economic reasonings, market-making ambition, and expertise originate in heterogenous technological domains. Only rarely, furthermore, do these critical facets of contemporary markets develop from the explicit borrowing or trickling down of explicit ideologies. We live, in other words, with the products of the economic imaginations of electrical engineers, data experts, optimization experts, among others—and not merely the imaginations of policymakers or economists whose expertise receives vastly more attention in popular and scholarly critiques of contemporary economic orders. By way of an economic ethnography of electricity in the US, The Current Economy seeks to explore the heterogenous and technologically informed nature of economic expertise, imaginations, and aspirations today.

1. While this book is set in the fully electrified context of the US, an estimated 1.1 billion people remain without electricity access according to the World Bank’s most recent data. Out of the 217 countries and territories tracked, 95 have electrification rates below 100 percent (see data.worldbank.org). Electricity remains far from taken for granted for everyday consumers in contexts of electrification—it is, instead, an object of humanitarianism, ingenuity, or improvisation (Cross 2013; Degani 2018).