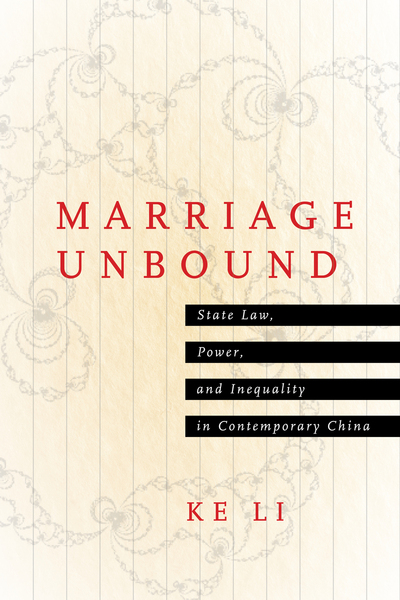 MINUTES PAST NINE IN THE MORNING, on May 10, 2010, Hou Yuemei, a migrant worker in her late thirties, pulled herself out of a shuttle bus. Her face paled, her back aching, legs sore, her stomach twisting from car sickness. Days of travel—from eastern, coastal China to the western inland, from Yuemei’s workplace in Jiangsu to her native soil in Sichuan—had sapped her strength. But, instead of slowing down, she quickened her pace. Before long, she headed into a dark corridor of an office building, just a few blocks away from the bus station. Inside that corridor was Yuemei’s destination—the Qinchuan People’s Tribunal, where she was about to make her first court appearance.

Exactly 215 days earlier, Yuemei fled home after her husband had attacked her, once again leaving bruises all over her body. Amid that assault, she grabbed a kitchen knife to defend herself, an instinctive reaction that saved her life. Only after that did the man back off. Days later, with the help of a coworker, Yuemei escaped Fujian, the place where the couple had been eking out a living as migrant workers, and boarded a bus to Jiangsu, a province hundreds of miles away, similarly awash with cash-paying jobs for migrants hailing from the countryside.

For the next few months, Yuemei lived in secrecy and fear, constantly watching her back. The bruises covering her body faded away, but the invisible scars hardly healed. She frequently woke up from night terrors. “The moment I fall asleep, I dream about him beating me repeatedly,” said Yuemei.

Working a factory job in Nanjing, the capital city of Jiangsu, Yuemei saved every penny she could. By the spring of 2010, she had finally amassed enough cash to hire a legal worker to help with her divorce suit. She was ready to press her case inside a courtroom, hoping to cut ties with a violent, abusive man.

That same May, another migrant woman, Miao Shuihua, was contemplating a similar decision. Unlike Yuemei, who journeyed to remote places like Fujian and Jiangsu to search for off-farm employment, Shuihua stayed in rural Sichuan close to her family and her infant son. Although her parents lent a hand from time to time, the responsibility of childrearing squarely fell on Shuihua’s shoulders.

Barely thirty, Shuihua had spent the past six years earning minimum wages as a menial laborer in the nearby county seat. Doing so, she hoped, could help balance her family’s income and expenditure on the one hand and care for both the young and the elderly on the other. That hope rarely materialized, though. The gap between her paycheck and the family’s various expenses kept growing. Putting food on the table, paying utility bills, refilling a prescription, getting milk powder and diapers … all the little things that allowed her to raise a family seemed more and more taxing by the day.

Shuihua’s husband, whom she described as “an honest man” with a quick temper, scarcely eased her burden. Plowing farmland day in, day out, the man “just couldn’t feed or clothe his family,” Shuihua said. While wrestling with a strained marriage, Shuihua constantly thought about her son. What would happen to him if her marriage could not survive? Could she retain child custody after divorce? Would her husband, a peasant man about to turn forty, let go of his only child, a healthy boy destined to become the sole heir of his family? With these questions in mind, Shuihua sued her husband, later in 2010, expecting the court to mete out fair rulings over divorce and child custody.1

All happy families are alike, they say, and every unhappy family is unhappy in its own way. Yet Yuemei and Shuihua, two ordinary Chinese women, entangled in conjugal strife for different reasons, share important commonalities. Both have partaken in the massive rural-to-urban migration that has transformed Chinese family, marriage, and gender relationships. They are part of China’s ever-expanding floating population (流动人口), in other words. This population has grown to 288 million over four decades, primarily comprising rural residents relocating from the countryside to work in rapidly growing metropolitan areas. By the end of 2018, nearly 95 million rural women have headed for various urban destinations for employment.2 Today, women of rural origin can be found in virtually every labor-intensive industry, running the gamut from manufacturing to construction, from transportation to the service sector, including hotels, restaurants, housekeeping, and caregiving.

Both Yuemei and Shuihua initiated legal action by taking their husbands to court. Their endeavors point to an increasingly salient trend: dissolving marriage inside a courtroom, a rare occurrence in China for most of the twentieth century, has become far more common today. The court system, in 2018 alone, processed 1.37 million divorce suits, a sixfold increase since the late 1970s. Among those seeking judicial remedies for marital discord, women have consistently outnumbered men. Over 70 percent of divorce suits nationwide were initiated by wives as opposed to by husbands, according to the Supreme People’s Court (SPC), the highest court in the country.3 To put it another way, Yuemei’s and Shuihua’s courtroom experiences bear witness to the Chinese judiciary’s response to the rise of legal mobilization and rights contention among women.

Examining responses of this kind is critical, not only because family and marriage have evolved due to vast social and economic transformation in society—but also because the Chinese state has reconfigured its interventions in citizens’ intimate lives. In 2001, the National People’s Congress, China’s highest legislative body, amended the Marriage Law. In the area of divorce, the revised law introduced significant changes by codifying concrete grounds for divorce and by establishing measures aimed to penalize blameworthy conduct, such as infidelity, spousal abuse, and abandonment. In subsequent decades, top decision-makers brought into effect a series of legislative and regulatory changes, including the first national law against domestic violence.

The state’s attempts to revamp its governing tool kit to insert official influences into citizens’ intimate relationships, together with women’s participation in labor migration and their growing willingness to contest rights inside courtrooms, I believe, beg several questions of great significance. First, how has women’s integration into the urban labor force affected marriage, family life, and gender relationships in Chinese society? Among those mired in marital discontent, who manages to enter the official justice system? What happens inside? How does the system handle conjugal disputes and conflicts? In what ways does the system redress inequality and injustice? Or, in what ways does it reproduce and reinforce male dominance in the family and society at large? Finally, how could a study of women’s legal mobilization forge new ground for our understanding of law, politics, and inequality in an authoritarian state?

To address these questions, this book follows a group of Chinese women seeking judicial remedies for conjugal grievances and disputes. Using data from multiple sources—participant observations, in-depth interviews, judicial statistics, government publications, and news articles—I show how these women wrestle with government officials and village leaders on the front line of dispute management; how they interact with legal professionals who operate as market players and make a living by serving clients; how they struggle to convey their grievances and rights claims to judges at the grassroots level; and, in the end, how the local government, the legal profession, and the court system far too often fail to protect women’s rights and interests. In this way, the book ahead untangles the processes, mechanisms, and power dynamics at play both within and without courtrooms that shape women’s experiences in disputation and in litigation.

In what follows, I first identify the audiences intended for this book and outline a view of legality at its heart. Then I detail the methodologies and data sources that have laid the empirical foundation of my analysis. What follows is a discussion of why and how this book experiments with a particular style of writing. This experimentation, I hope, serves at once stylistic and epistemological purposes. Finally, a road map is included so that readers can forge their own paths forward.

1. Interview with WJH on May 10, 2010; interview with DL on July 19, 2010. Throughout the book, I use the following notations to indicate my data sources. All interviews are marked by the initials of respondents and the days I conducted the conversations. And all participant observations are labeled according to the locations and dates.