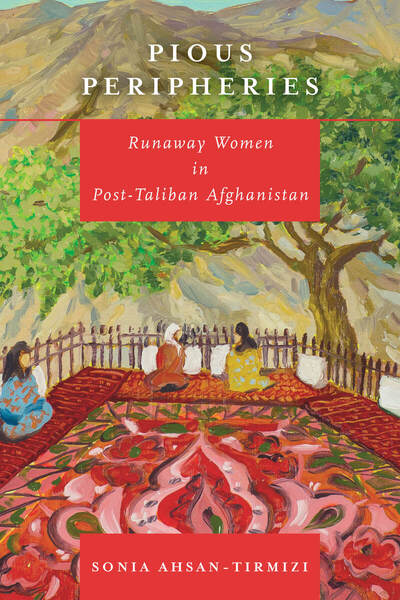 Women's shelters across the globe are places of refuge against threats of violence. In Afghanistan, shelters are called khana-yi aman (home of safety) and house women who have been classified as "runaways" by the state and who are in the midst of legal and social sanctions. Women become runaways for a variety of reasons, including to get married or divorced, and/or to flee sexual and physical abuse. Many women at the shelter were the wives and daughters of members of the Taliban. Once women are ensconced in the shelter, the state can step into family arbitrations. What would have once and otherwise been resolved through jirgas (tribal councils) and family meetings can now be adjudicated by the state.

This chapter introduces the khana-yi aman within its Afghan context. Women who reach the shelter have uprooted themselves from traditional communities bound by kinship ties of ethnicity, language, and religion to form a new community not bound by the traditional ties of kinship. Here Pashtun women become friends with Dari-speaking women, and Shia women become friends with Sunni women. Their loyalty to one another and among women, rather than to men, is central. This chapter provides a glimpse into the everyday struggles of Afghan women as they inhabit and resist patriarchal discourses and innovate social maneuvers and new vocabularies to challenge sexual injustices. In doing so, they redefine the meaning of piety and promiscuity.

This chapter presents ethnography of multiple court cases of women at the khana-yi aman. The author traveled with the runaway women and their families, friends, and lawyers through Kabul to resolve family disputes. The chapter shows how a wide range of runaway cases pertaining to forced marriage, sexual abuse, divorce, and adultery become subsumed under the ambiguous notion of promiscuity as the khana-yi aman circulates in the Kabul imagination as a brothel. This chapter interrogates the linguistic permutations of rape used by women to narrate experiences of sexual violence. This vocabulary is not captured through the legal discourse on sexual violence and is deeply embedded within historical texts that shape the notion of pious womanhood in Afghanistan. Through long ethnographic vignettes that give voice to how women narrate their sexual subjugation, this chapter shows the madness and unintelligibility inherent in the division between piety and promiscuity.

This chapter reads and discusses sexually explicit poetry in Pashto and Dari as narrated spontaneously by women at the khana-yi aman to voice their protest and express their discontent. Poetry permeates the everyday lives of Afghans. Pashto poetry sung by women in short snippets called landay provides a vocabulary in Pashto for female sexual promiscuity. At the khana-yi aman, Dari-speaking women interweave Pashto landay with Persian verses. In all these poems, the lyrics depict motifs of love, abandonment, suffering, and violence that draw upon classical sources such as the legendary folktales of Shirin and Farhad and Laila and Majnun. Some women used bold sexually explicit poetry at the family courts to publicly register their protest. Landay allow women to misinhabit honorable piety in subtle and defiant ways and invest their words with risk. This risk forms the basis of an emancipatory politics or a politics of difference.

This chapter considers ethnography in the form of conversations, interviews, and negotiations between the Taliban and their runaway wives at family court. This is supplemented with a reading of Taliban publications such as the Shariat newspaper and Taliban fatawa available in the form of gazettes. I show how runaway wives and daughters of the Taliban at the khana-yi aman live. Although not completely independent of the male domains of power, the women use social maneuvers to navigate their lives toward a world they want to inhabit—a world that is not limited by the Taliban creed.

This chapter provides an intellectual history of Afghan womanhood, which is grounded in notions of chastity and piety. It provides an analysis of pedagogical Islamic texts, transnational pan-Islamism, and literacy and secularism campaigns that influenced the emergence of the modern Afghan woman vis-à-vis the modern notions of nation (millat) and homeland (vatan). A reading of these texts is supplemented by extensive ethnographic vignettes, which demonstrate how runaway women understand their own positionality vis-à-vis classical texts that situate them as pious or promiscuous.

This chapter explores texts written by influential literati of the twentieth century to present notions of honor that underwrite how women inhabit vocabularies of honor and piety in their everyday lives. The women at the khana-yi aman access historically male-dominated practices to form communal bonds among themselves and, in doing so, simultaneously resist and consolidate the discourse of pashtunwali.

The feminist movement that motivates the khana-yi aman may be of an institutional form, but the women inside embody noninstitutionalized forms of suffering. The ethnography of the khana-yi aman demonstrates that piety is conditional and generated through institutions and public exchanges. An ethnographer's work is to make visible these embedded institutional structures and historical matrixes that condition piety and, by extension, promiscuity. Promiscuity is fundamental to rendering relative the claims of generic piety. While the women and the Taliban invoke the same historical narratives, they do so toward different ends. When women run away, they become labeled as promiscuous. However, this does not stop them from deploying and inhabiting discourses of Islamic piety or from living as moral selves in the world. Thus promiscuity in this sense is not the opposite of piety or morality. These multiple, often contradictory versions coexist to create a new and different world.