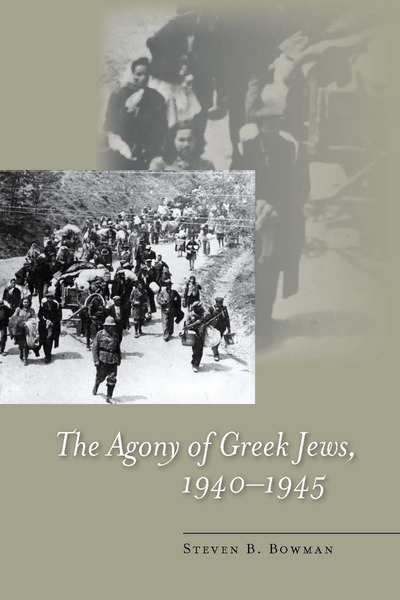 The Agony of Greek Jews tells the story of modern Greek Jewry as it came under the control of the Kingdom of Greece during the nineteenth and twentieth centuries. In particular, it deals with the vicissitudes of those Jews who held Greek citizenship during the interwar and wartime periods. Individual chapters address the participation of Greek and Palestinian Jews in the 1941 fighting with Italy and Germany, the roles of Jews in the Greek Resistance, aid, and rescue attempts, and the problems faced by Jews who returned from the camps and the mountains in the aftermath of the German retreat. Bowman focuses on the fate of one minority group of Greek citizens during the war and explores various aspects of its relations with the conquerors, the conquered, and concerned bystanders. His book contains new archival material and interviews with survivors. It supersedes much of the general literature on the subject of Greek Jewry.

Steven B. Bowman is Professor of Judaic Studies at the University of Cincinnati.

"Professor Bowman has, in meticulous detail, provided the English-language reader the most comprehensive and up-to-date narrative of this otherwise little-known Jewish community in southeastern Europe . . . Bowman's treatment of Salonika Zionists and efforts to get Jews into mandatory Palestine makes interesting reading . . . This book will certainly be the standard resource on the subject, at least for the foreseeable future."

"The Agony of Greek Jews documents with meticulous attention to detail and a laudable ambition for breadth of coverage the stories of Jewish communities scattered across the territory of modern Greece at a time of rapid, often destabilizing, and eventually catastrophic change . . . The Agony of Greek Jews is as much an impressive historical register of Jewish survival in Greece against the odds as it is a uniquely detailed archive of memory for all those who perished in the Nazi camps or lost their lives while fighting against the brutal occupying forces."

"Few books have been written in English on the Shoah of Greek Jews. Steven Bowman's book is original because it looks at the experience of Greek Jews during World War II, not in isolation as in many other accounts, but in the context of the war in Greece . . . The Agony of Greek Jews is a book rich in information."

"The Agony of Greek Jews is a welcome addition to the scholarship on Greek Jewry. Bowman's contribution to the understanding of each individual community's fate during the Holocaust and Greek Civil War is invaluable."

"Despite the nearly total obliteration of Greek Jewry in World War II, the Holocaust in Greece has been virtually ignored in historical literature in the English language. Bowmans volume, based on decades of research and deep familiarity with the region, its complexities, and its personalities, is an important corrective to this great gap."

"Bowman's excellent readable book utilizes the latest documentary research, including records from foreign archives only now being made public. The newly released documents confirm the horrors of a story only partially known, shedding light on a tragic episode in a remote part of the German occupation of Europe. The rich fabric of Jewish culture in Greece has never fully recovered . . . Highly recommended." 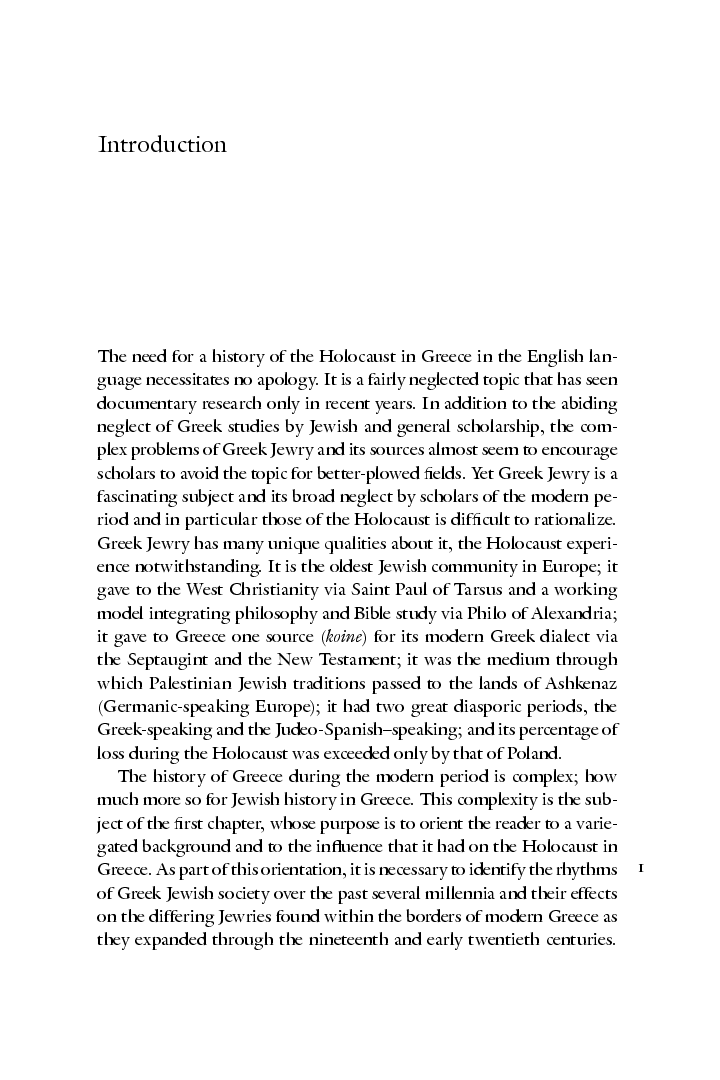 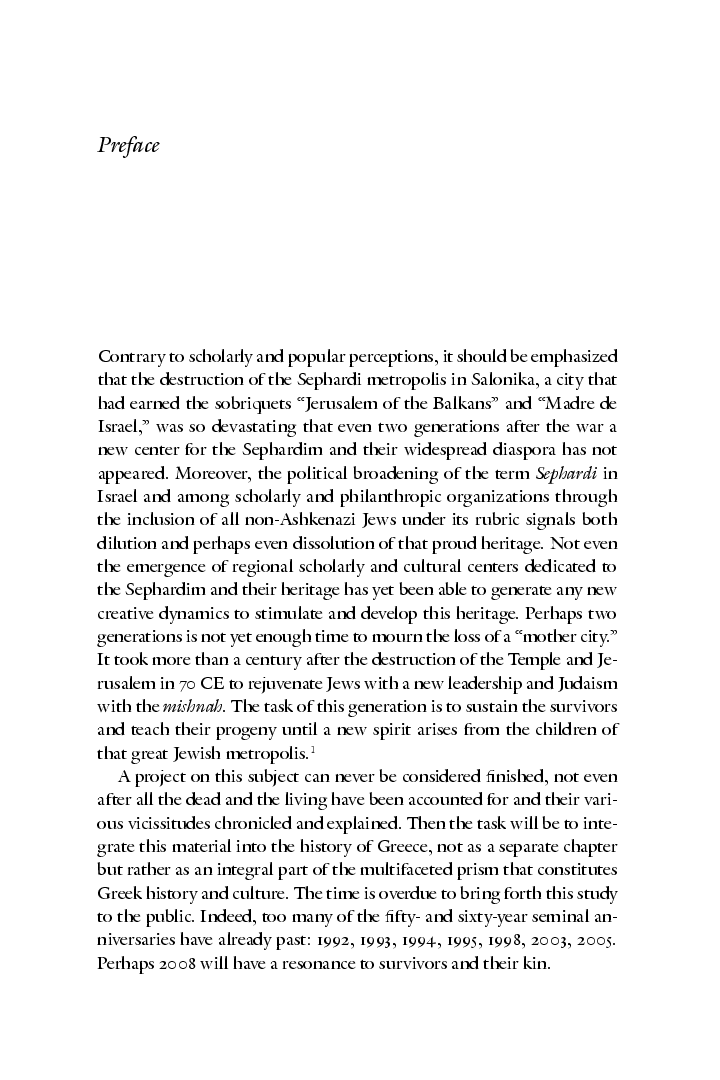 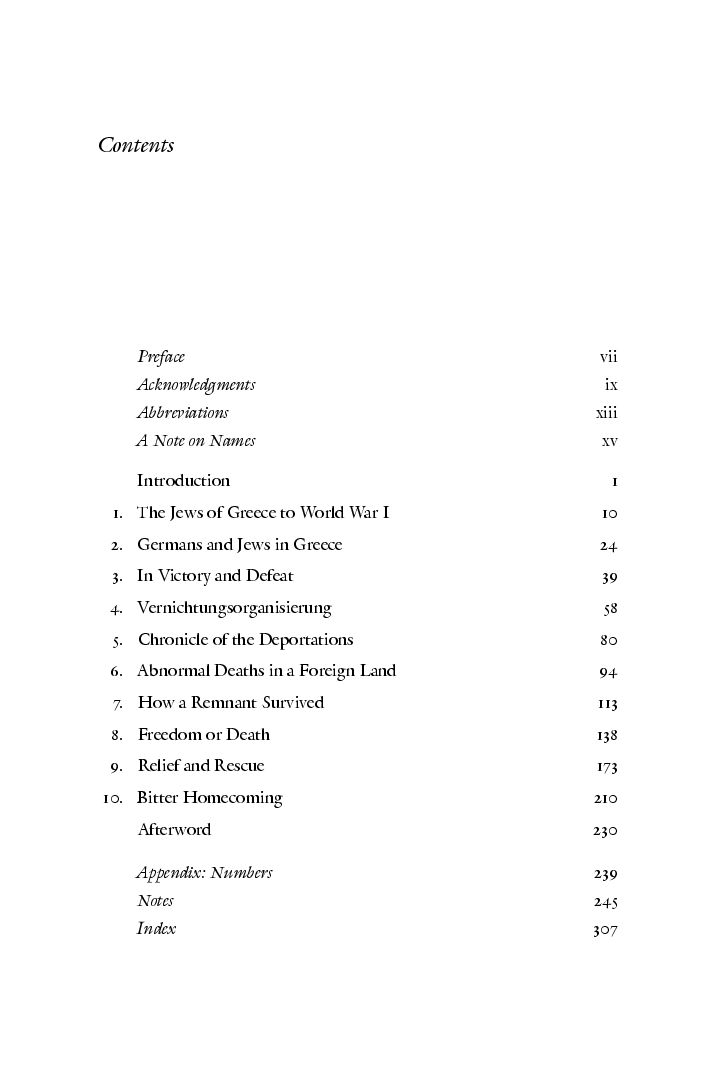