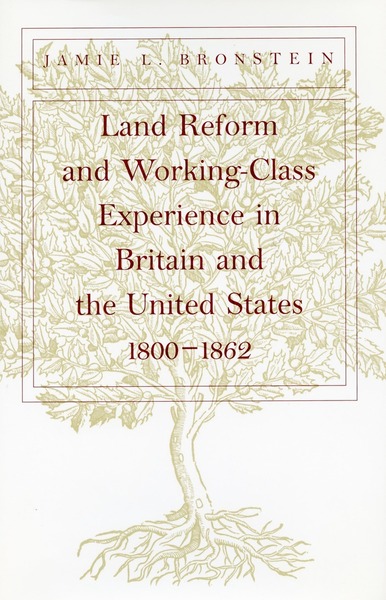 Winner of the 1998 Samuel Beer Prize, sponsored by The American Political Science Association.

By exploring in detail land reform movements in Britain and the United States, this book transcends traditional labor history and conceptions of class to deepen our understanding of the social, political, and economic history of both countries in the nineteenth century.

Although divided by their diverse experiences of industrialization, and living in countries with different amounts of available land, many working people in both Britain and the United States dreamed of free or inexpensive land to release them from the grim conditions of the 1840’s: depressing, overcrowded cities, low wages or unemployment, and stifling lives. Focusing on the Chartist Land Company, the Potters’ Joint-Stock Emigration Society, and the American National Reform movement, this study analyses the ideas that motivated workers to turn to land reform, the creation of working-class land reform cultures and identities among both men and women, and the international communication that enabled the formation of a transatlantic movement.

Though there were similarities in the ideas behind the land reform movements, in their organizational strategies, and in their relationships with other reform movements in the two countries, the author’s examination of their grassroots constituencies reveals key differences. In the United States, land reformers included small proprietors as well as artisans and factory workers. In Britain, by contrast, at least a quarter of Chartist Land Company participants lived in cotton-manufacturing towns, strongholds of unpropertied workers and radical activity.

When the land reform movements came into contact with the organs of the press and government, the differences in membership became crucial. The Chartist Land Company was repressed by a government alarmed at the prospect of workers’ autonomy, and the Potters’ Joint-Stock Emigration Society died the natural death of straitened finances, but the American land reform movement experienced some measure of success—so much so that during the revolution in American political parties during the 1850’s, land reform, once a radical issue, became a mainstream plank in the Republican platform

"This is a very welcome exercise in international comparative history, and Bronstein deserves admiration for eschewing the insularity that characterizes so much historical work."