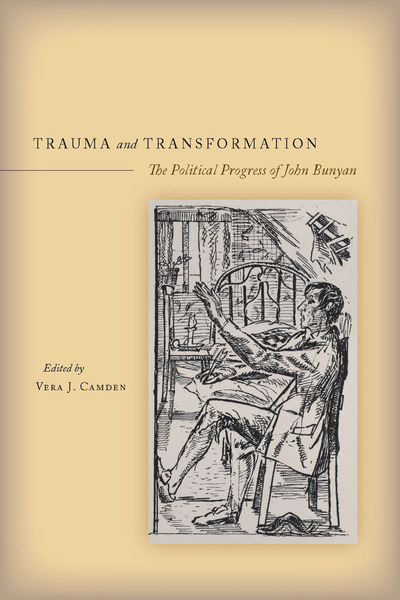 In 1649, the English people suffered a tremendous wound, a psychic lesion, as they both instigated and endured the killing of their king. John Bunyan came of age in the shadow of this rupture in the political, social, and religious order of the nation; his life and works follow the contours of the Civil War, the Restoration, and the Glorious Revolution. Yet when compared with such contemporaries as John Milton, Andrew Marvell, or Samuel Pepys, Bunyan is strikingly silent about the political events of those tumultuous years. In his single-minded spirituality, Bunyan endures as an intriguing figure, but his conflicted political legacy remains subject to dispute. Trauma and Transformation brings together eight leading early modern scholars who radically reassess the crises of authority, agency, and sexuality that have surrounded John Bunyan since he first began to preach and to write. In his anguished, self-conscious pursuit of salvation, Bunyan augurs the dilemmas of modernity. At the same time, he vigorously espouses dissent and liberty. The essays of this collection examine the societal and psychological fault lines in the early modern culture that Bunyan himself epitomizes.

Vera Camden is Professor of English at Kent State University. She is the editor of Compromise Formations: Current Directions in Psychoanalytic Criticism (1989) and of The Narrative of the Persecutions of Agnes Beaumont (1992).

"This elegant volume emerged from the Third Triennial Conference of the International John Bunyan Society (2001). Each essay has been expanded to the credit of the congenial Ms. Camden. The result, a quality higher than many such collections, make it a sure standby of Bunyan studies for years to come."

"Stimulating collection . . . A team of distinguished scholars has produced a lively volume, and the Bunyans that they've sent forth, or let loose, will assuredly be accorded interested reception by early modernists."

"This is an exciting collection of interventionist essays that are appearing at just the right time. They are unexpected, deeply civilized, historically accurate, and a joy to read."

"For the student of seventeenth-century English literature, history, and theology this collection amply repays careful reading. Seven years after the events that prevented many scholars of the early modern period from attending the Third Bunyan Conference, each of these essays is surprising, thought-provoking, eloquent, and elegantly argued."

"The real gem of a surprise comes in Michael Davies' essay 'Bunyan's Bawdy,' which demonstrates the abundance and pertinence of what Davies calls Bunyan's 'creative onanism'—his rich apparatus of sexual wordplay. Who knew? Davies' contribution merits wide readership; it will be useful to anyone interested in 17th-centruy studies—history and theology as well as English literature." 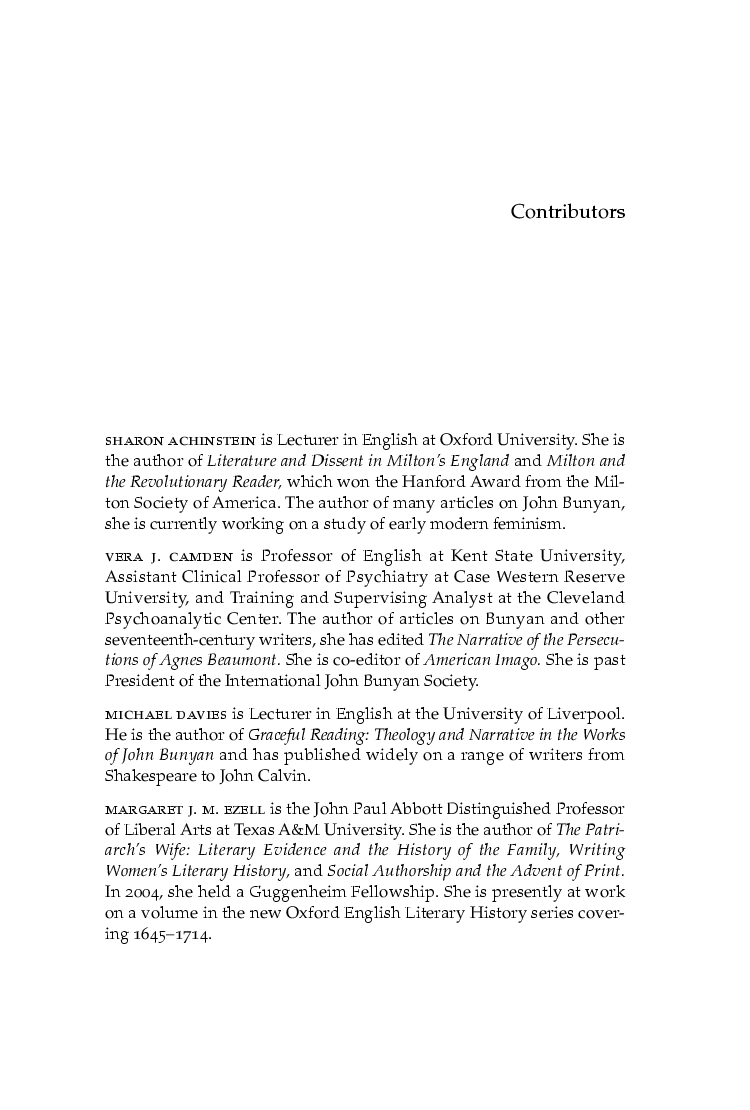 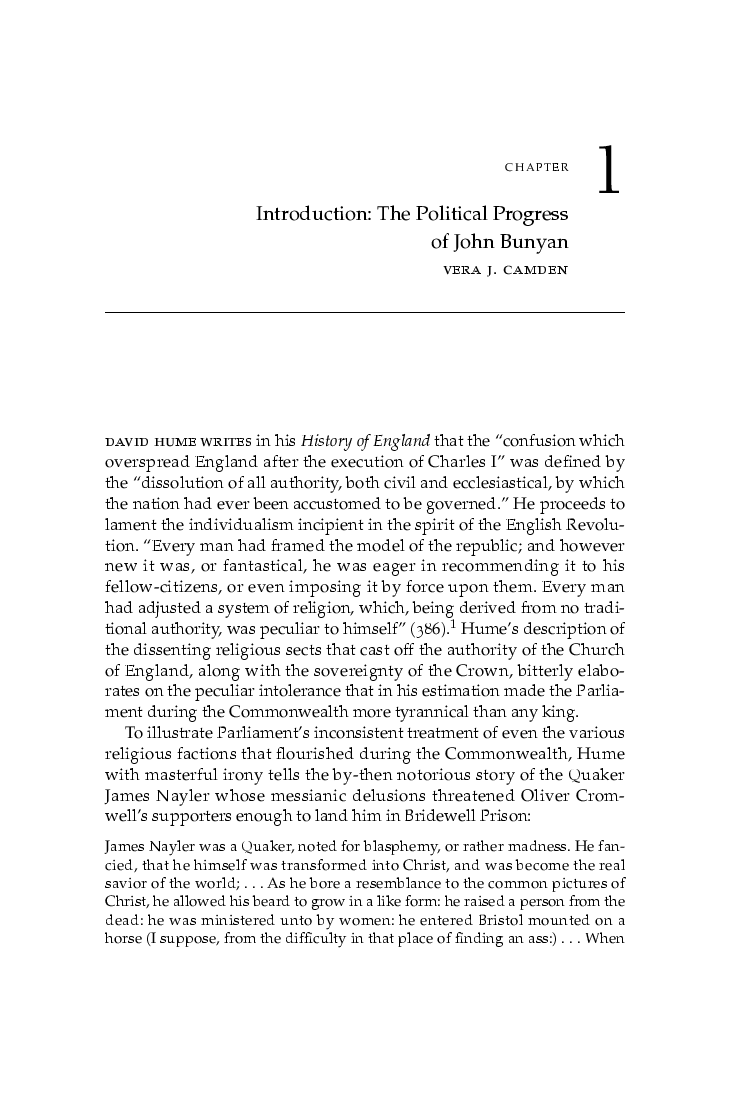 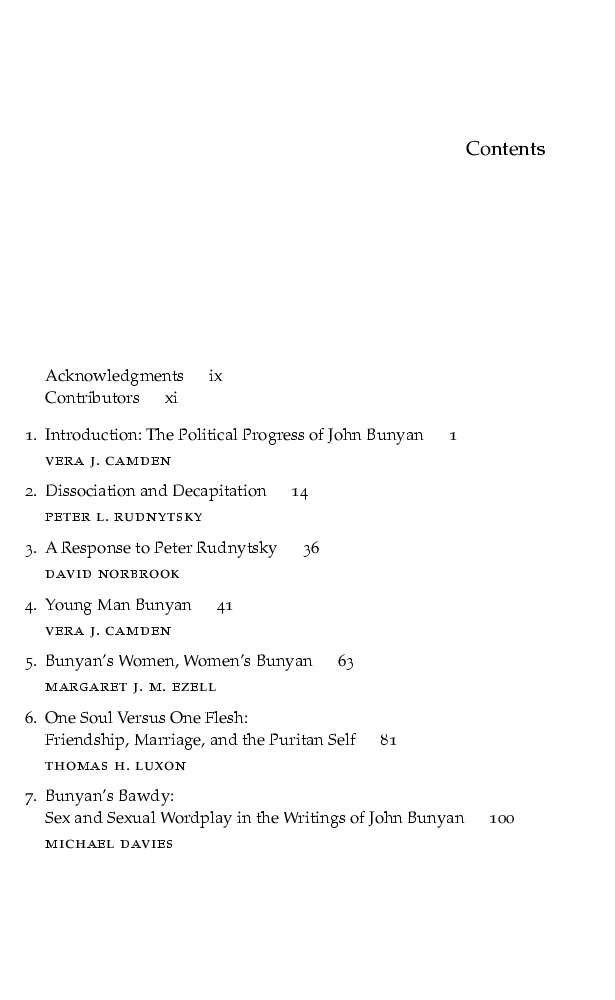