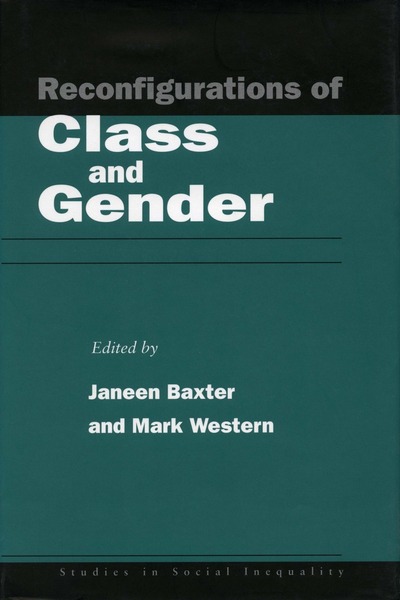 At a time when social commentators are increasingly likely to assert the “death of class” as a source of social inequality and conflict, this far-reaching volume reasserts the significance of class and gender for understanding socioeconomic conditions. Rather than declining in importance, class and gender processes are being transformed by social and economic changes associated with postindustrialism, including the entrance of women into the labor market in ever greater numbers, a shift from manufacturing to services, and the rise of part-time employment.

Moving away from the narrowly focused debates that have characterized much recent class analysis, the contributors to this book urge a nuanced approach that focuses on the specific institutional contexts of class-gender relations in various advanced industrial nations. Class and gender relationships in each country are contextually embedded, they argue, in such issues as the differences in welfare-state regimes, the varying availability of flexible forms of employment, and the degree to which the labor market is politically regulated.

The essays analyze the class and gender bases of economic inequality in ways that are sensitive to nationally specific institutional conditions. Two introductory chapters set the terms of the theoretical analysis and provide a framework for thinking about the relationships between gender and class. The remaining chapters offer comparative, cross-national analyses that investigate empirical examples of the links between class and gender relations, including the changing gender composition of the middle class, gender differences in access to managerial positions, the social ramifications of flexible employment arrangements, the links between paid and unpaid work, and the increasing feminization of poverty.

"The essays offer an alternative view to the "death of class" explanation for social inequality/conflict by emphasizing the continued importance of redefined gender and class relations within new institutional contexts."