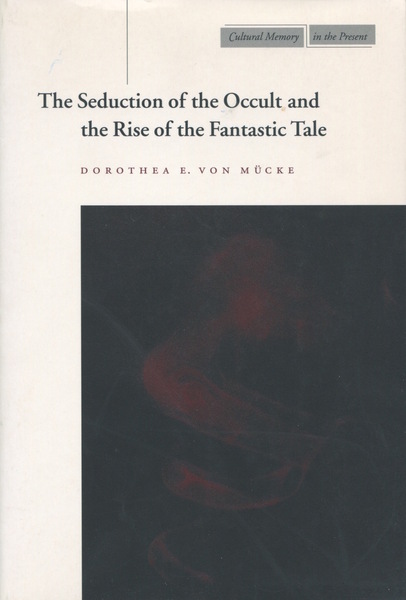 The Seduction of the Occult and the Rise of the Fantastic Tale
Dorothea E. von Mücke
SERIES: Cultural Memory in the Present

The emergence of the fantastic tale in the late eighteenth and early nineteenth centuries reflects a growing fascination with the supernatural, the marvelous, and the occult as the site for literary innovation. Taking Jacques Cazotte's prototypical The Devil in Love as a starting point, this book examines the genre's early development in the fantastic tales of the German romantics Ludwig Tieck, Achim von Arnim, and E. T. A. Hoffmann; the subsequent French rediscovery of the genre in works by Théophile Gautier and Prosper Mérimée; and Edgar Allan Poe's contributions to the new literary form.

The literary innovation of the fantastic tale contributed to the production of a mode of subjectivity intrinsic to the history of sexuality. It arose at a moment in the history of communication when similarity and perfect openness were no longer considered the unquestioned basis of friendship or love, when the other's potentially dark secrets became seductive and fascinating.

Dorothea E. von Mücke is Professor of German at Columbia University. She is the author of Virtue and the Veil of Illusion: Generic Innovation and the Pedagogical Project in Eighteenth-Century Literature (Stanford, 1991) and the coeditor (with Veronica Kelly) of Body and Text in the Eighteenth Century (Stanford, 1994).

"The brilliance of The Seduction of the Occult and the Rise of the Fantastic Tale is its intellectual courage and sure footedness in contextualizing complexity of subjectivity in the nineteenth century when the many ways of knowing the world were implicated in a competition for political dominance that insisted on the exclusion of any alternatives...[T]he book's virtues in exposing the intellectual dynamic of the beginning of the modern age make it valuable even for those not intimately engaged in literary study."