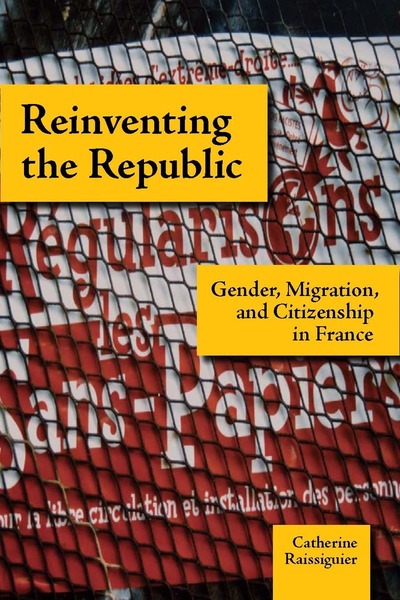 Early one morning in 1996, the sanctuary of a Parisian church was suddenly disrupted by a police raid. A group of undocumented immigrant families had taken refuge in the church under threat of deportation due to the French state's increasingly restrictive immigration policies. Rather than disperse and hide, these sans-papiers—people literally without papers— came together to bring to light the deep contradictions in the French state's immigration policies and practices.

Reinventing the Republic chronicles the struggle of the sans-papiers to become rights-bearing citizens, and links different social movements to reveal the many ways in which concepts of citizenship and nationality intersect with debates over gender, sexuality, and immigration. Drawing on in-depth interviews and a variety of texts, this disquieting book provides new insights into how exclusion and discrimination operate and influence each other in the world today.

Catherine Raissiguier is Associate Professor of Women's and Gender Studies at New Jersey City University. She is the author of Becoming Women/Becoming Workers: Identity Formation in a French High School (1994).

"[T]his book makes an important contribution to work on gender, migration, race, and nation in France and Europe. . . . It should be widely read by all those who are interested in French and European immigration policies as well as by those who want a better understanding of how discrimination works in the law and politics in the global North today."

"By adopting a feminist approach to her analysis, Raissiguier highlights the often overlooked role and contributions of the sans-papières in the movement, as well as the hurdles, such as gender bias, that they had to overcome. This rigourous study brings to the fore the precarious situations that many sans-papières face in France."

"[Reinventing the Republic makes] an important contribution to the study of the struggle for rights by migrant movements in Europe . . . Catherine Raissiguier takes a novel approach to the French debate by substituting the central concept of personhood for the normative considerations defined by elite national politics."

"Raissiguier makes a passionate and rigorous contribution to the contemporary debate on how traditionally universalist France treats and defines subjects who do not fall neatly within Republican categories. This is a compelling and timely study about who has the right or power to symbolize Frenchness. Raissiguier provides us with a careful and detailed history of grassroots movements, working at the intersection between ethnic, gender, and queer issues, and showing exactly how a Western democracy is forced to reevaluate its core values as it seeks to respond to significant changes in its social fabric."

"What a smart, engaging book. By taking seriously the experiences, ideas and strategies of African women in France, Catherine Raissiguier makes visible the women activists inside the vibrant sans-papiers immigrant rights movement. She shows us why social movements cannot be understood without a feminist curiosity. In the process, she reveals the gendered racialized fissures in contemporary French political culture."

"This book provides an insightful and much needed analysis of the sans papières—the women of the sans papiers movement. Raissiguier persuasively argues for the exclusionary nature of French republicanism by exposing the links between the struggles of the sans papières and those for parité and Pactes Civils de Solidarité; in the process, she shows how racism, homophobia, and sexism work together to create outsiders within." 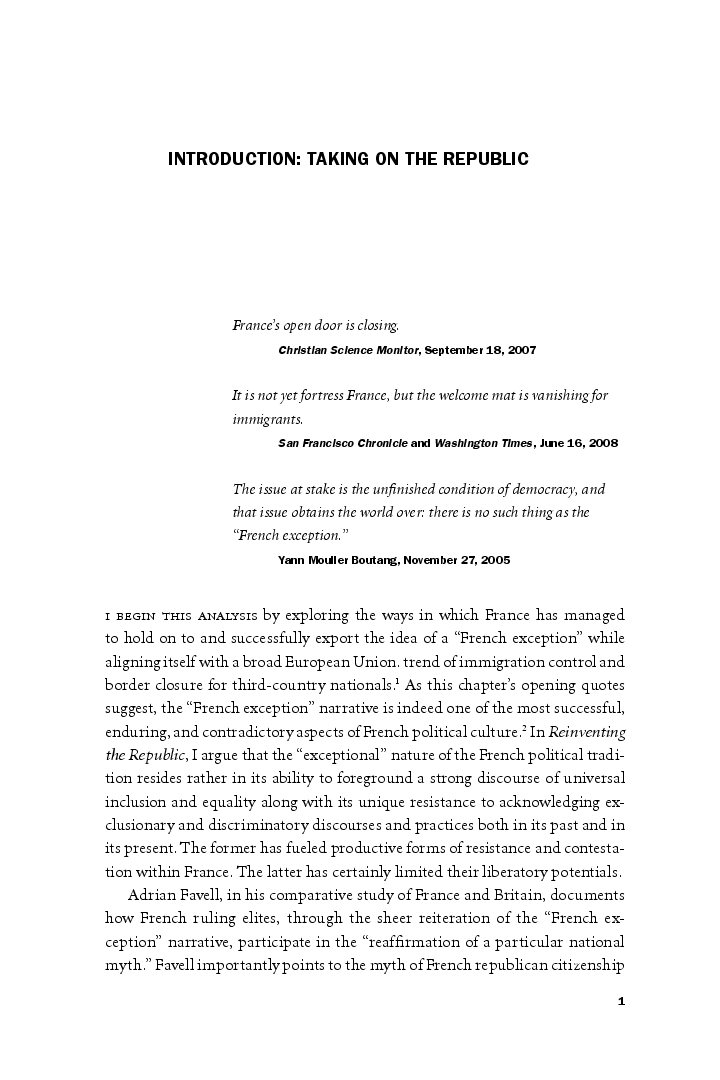 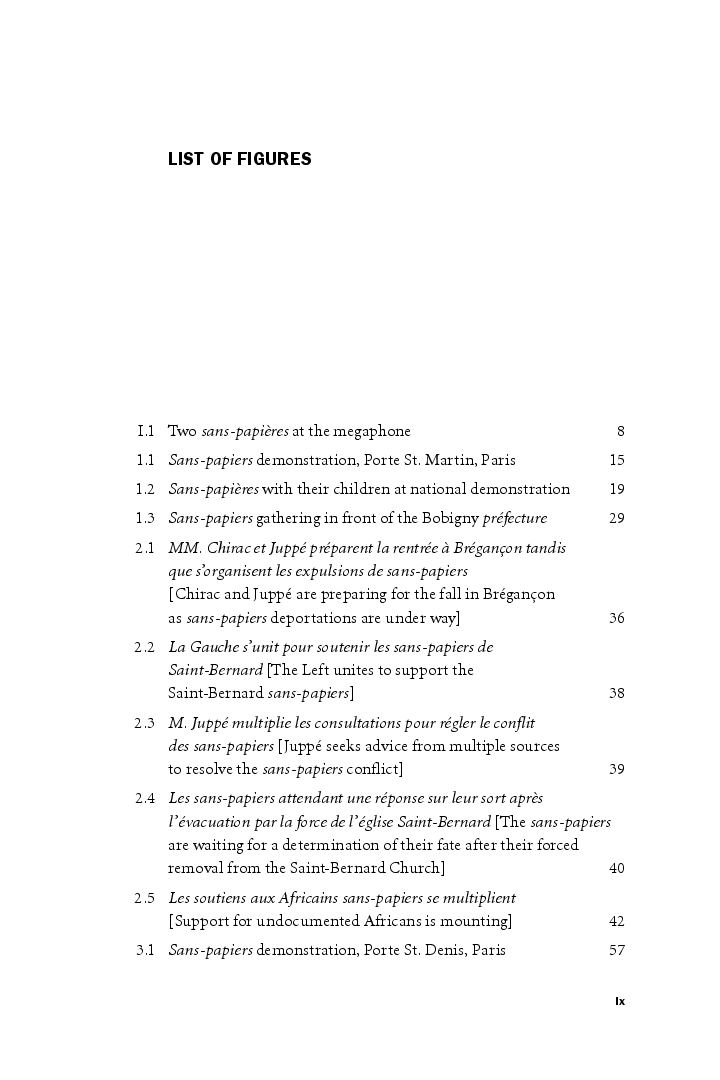 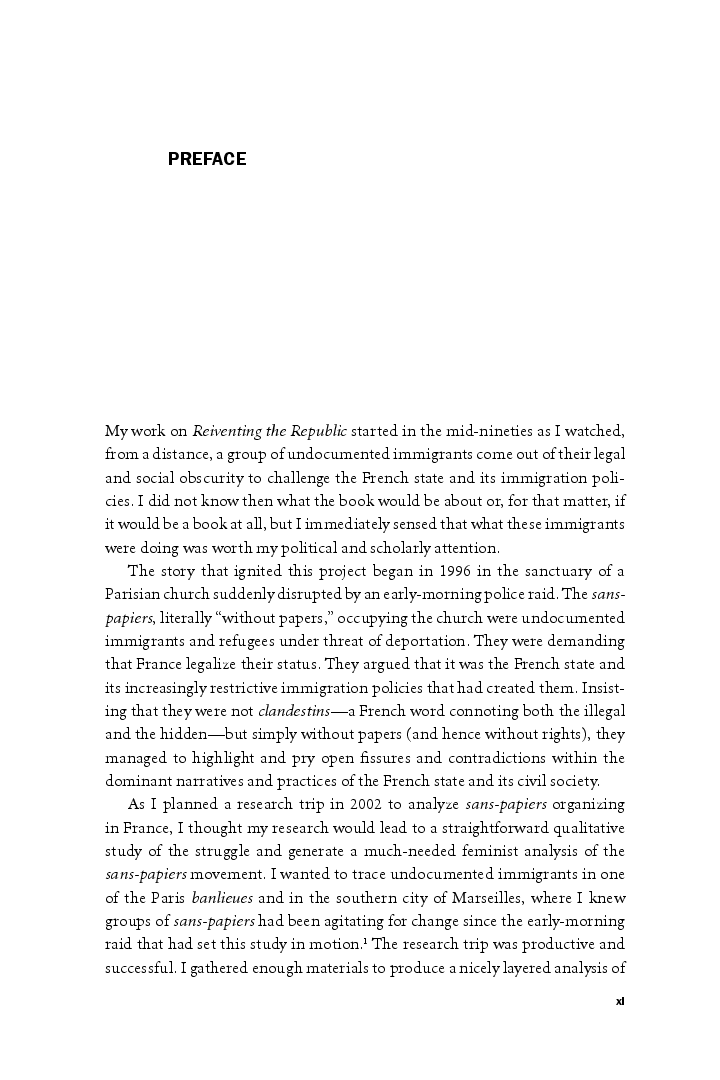 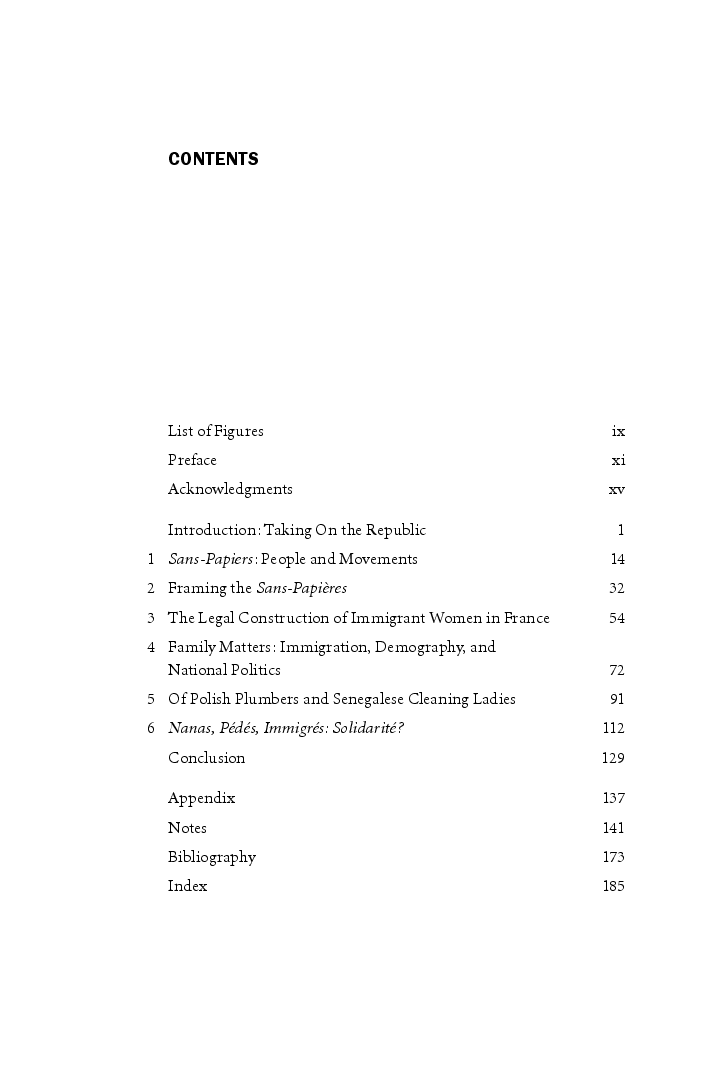