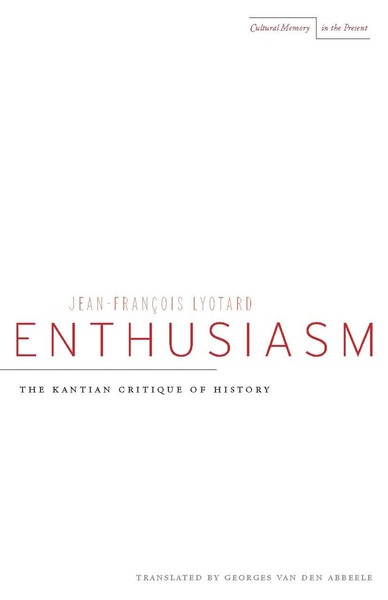 Enthusiasm studies what Kant calls a "strong" sense of the sublime, not as an aesthetic feeling but as a form of political judgment rendered not by the active participants in historical events but those who witness them from afar. Lyotard's analysis, preparatory to his work in The Differend and subsequent publications, is a radical rereading of the Kantian "faculties," traditionally understood as functions of the mind, in terms of a philosophy of phrases derived from Lyotard's prior encounters with Wittgenstein's theory of language games. The result is a kind of "fourth" critique based in Kant's later political and historical writings, with an emphasis on understanding the place of those sudden and unscripted events that have the power to reshape the political/historical landscape (such as the French Revolution, May 1968, and others).

Jean-François Lyotard was a French philosopher and literary theorist best known for his theories of postmodernity (The Postmodern Condition, 1979) and for his wide-ranging work on questions of justice, judgment, politics and aesthetics. Among his most influential books are Phenomenology (1953); Discourse/Figure (1972); Libidinal Economics (1974); Just Gaming (1979); The Differend (1983); The Inhuman (1998); Lessons on the Analytic of the Sublime (1991); and Postmodern Fables (1993).

"Exploring the notions of 'passages', the sublime, freedom, the nature of the political and the sign of history, Enthusiasm may be fascinating to undergraduates newly-introduced to Lyotard's work and intriguing to those seeking to contextualize what they have already grasped." 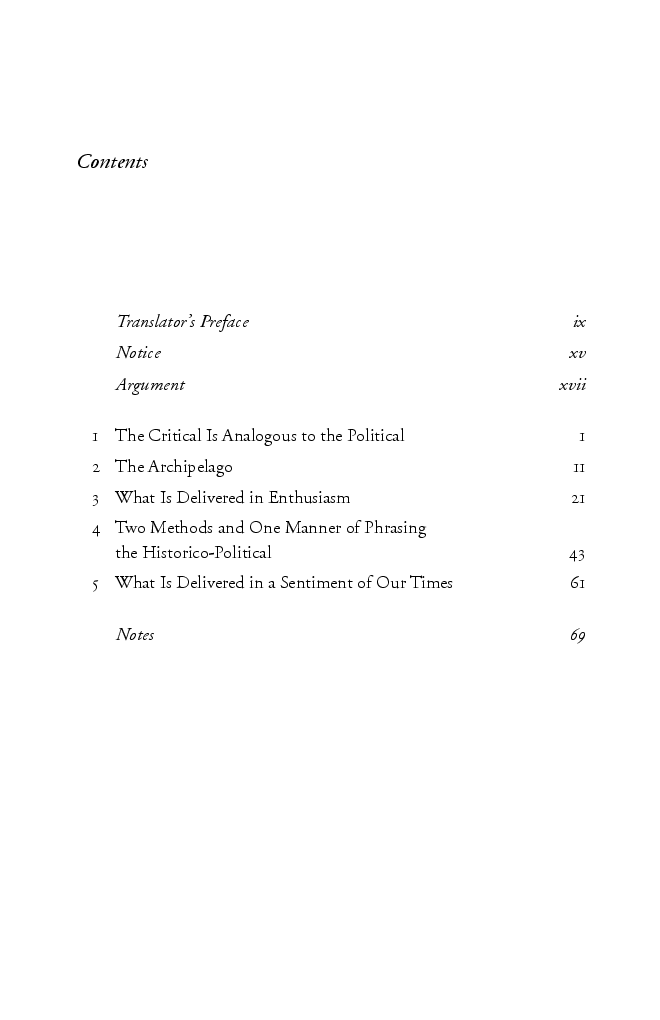