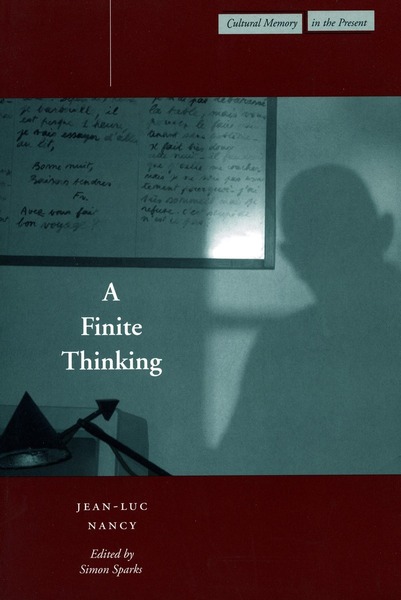 This book is a rich collection of philosophical essays radically interrogating key notions and preoccupations of the phenomenological tradition. While using Heidegger's Being and Time as its permanent point of reference and dispute, this collection also confronts other important philosophers, such as Kant, Nietzsche, and Derrida. The projects of these pivotal thinkers of finitude are relentlessly pushed to their extreme, with respect both to their unexpected horizons and to their as yet unexplored analytical potential. A Finite Thinking shows that, paradoxically, where the thought of finitude comes into its own it frees itself, not only to reaffirm a certain transformed and transformative presence, but also for a non-religious reconsideration and reaffirmation of certain theologemes, as well as of the body, heart, and love. This book shows the literary dimension of philosophical discourse, providing important enabling ideas for scholars of literature, cultural theory, and philosophy.

Jean-Luc Nancy is Professor of Philosophy at the University of Strasbourg. Stanford has published five of his books: The Speculative Remark (2001), Being Singular Plural (2000), The Muses (1996), The Birth to Presence (1993), and The Experience of Freedom (1993).