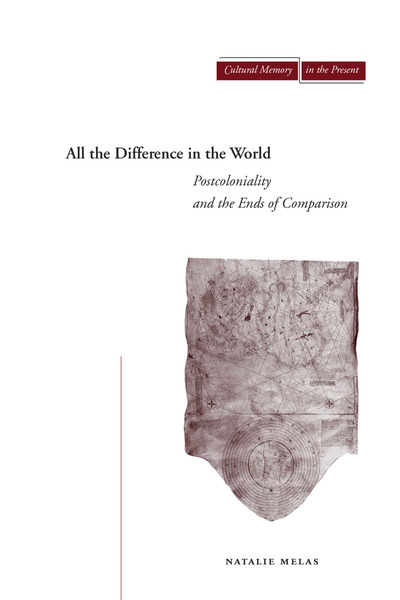 All the Difference in the World
Postcoloniality and the Ends of Comparison
Natalie Melas
SERIES: Cultural Memory in the Present

This book is about culture and comparison. Starting with the history of the discipline of comparative literature and its forgotten relation to the positivist comparative method, it inquires into the idea of comparison in a postcolonial world. Comparison was Eurocentric by exclusion when it applied only to European literature, and Eurocentric by discrimination when it adapted evolutionary models to place European literature at the forefront of human development. This book argues that inclusiveness is not a sufficient response to postcolonial and multiculturalist challenges because it leaves the basis of equivalence unquestioned. The point is not simply to bring more objects under comparison, but rather to examine the process of comparison. The book offers a new approach to the either/or of relativism and universalism, in which comparison is either impossible or assimilatory, by focusing instead on various forms of “incommensurability”—comparisons in which there is a ground for comparison but no basis for equivalence. Each chapter develops a particular form of such cultural comparison from readings of important novelists (Joseph Conrad, Simone Schwartz-Bart), poets (Aimé Césaire, Derek Walcott), and theorists (Edouard Glissant, Jean-Luc Nancy).

"In this innovative study, Melas analyzes the impact postcolonial writing has had on one discipline, comparative literature."

"Melas displays a thorough familiarity with the pertinent body of established contemporary theory, and her treatment of the critical corpus is unusual in its historical scope and sophistication. All the Difference in the World is an outstanding contribution to postcolonial critical studies."

"All the Difference in the World is an outstanding and rigorous work that reflects on the concept of comparison itself and on the history of the field of comparative literature. In her philosophically-grounded readings of the problematics of time and narrative, history and identity, trauma, and geography, Melas offers exquisitely detailed arguments that yield illuminating insights on Conrad, Walcott, Césaire, and Simone Schwarz-Bart. An innovative and rewarding book.—Françoise Lionnet, University of California, Los Angeles

"This is a subtle, intelligent book, illuminating in the insights it brings to the work of individual authors." 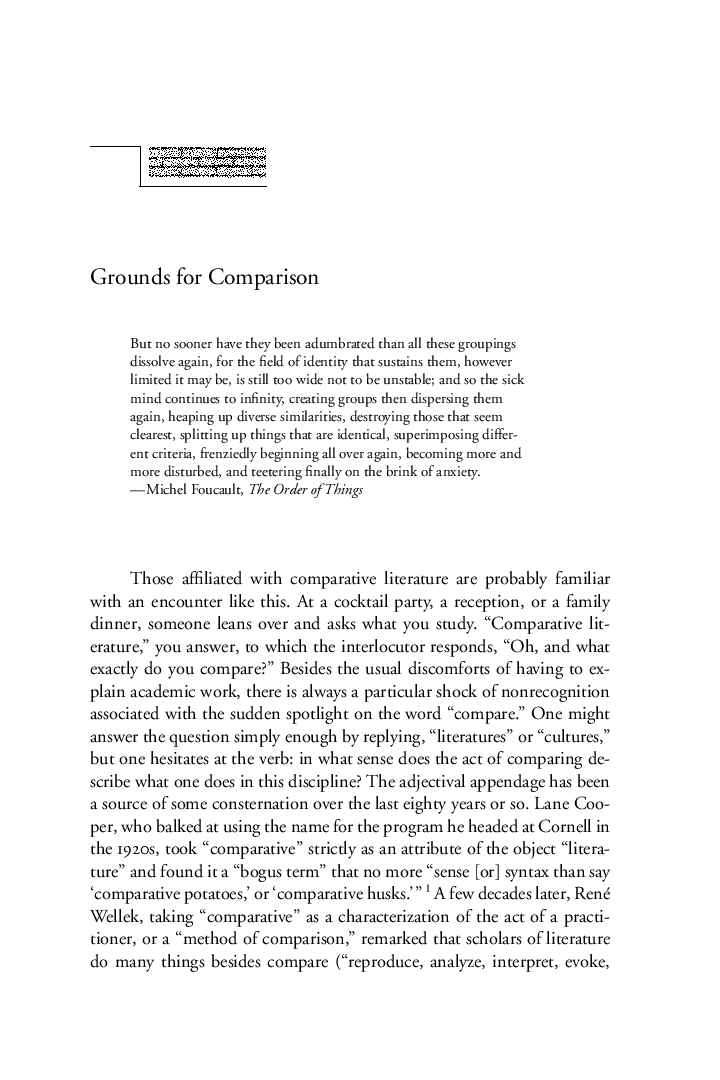 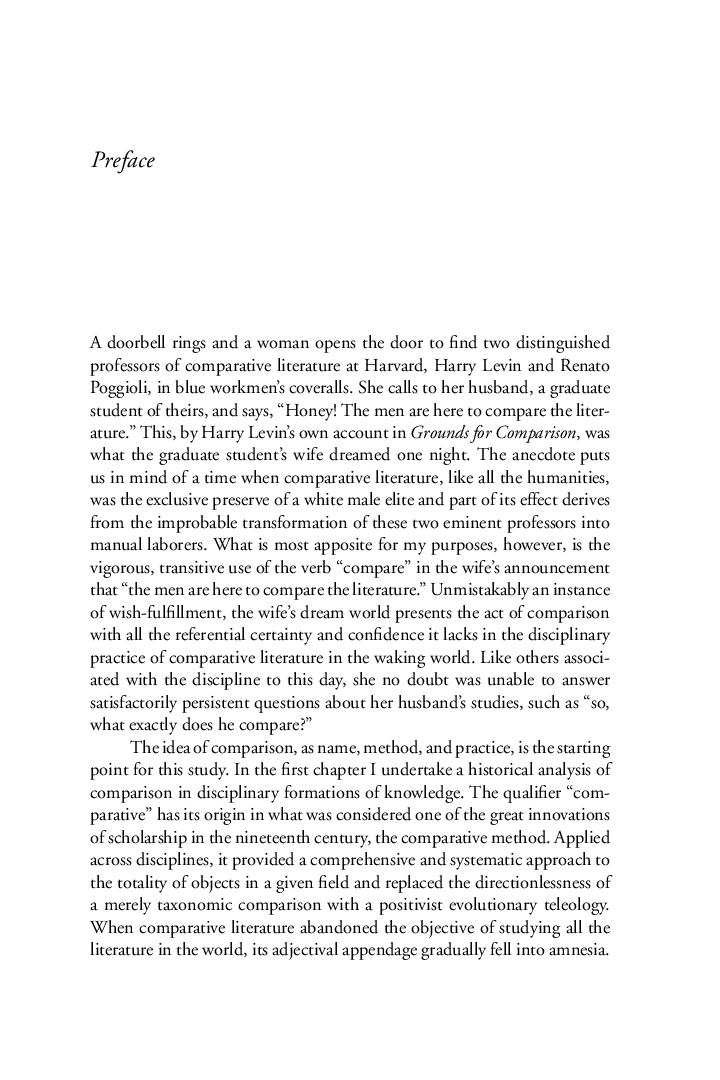 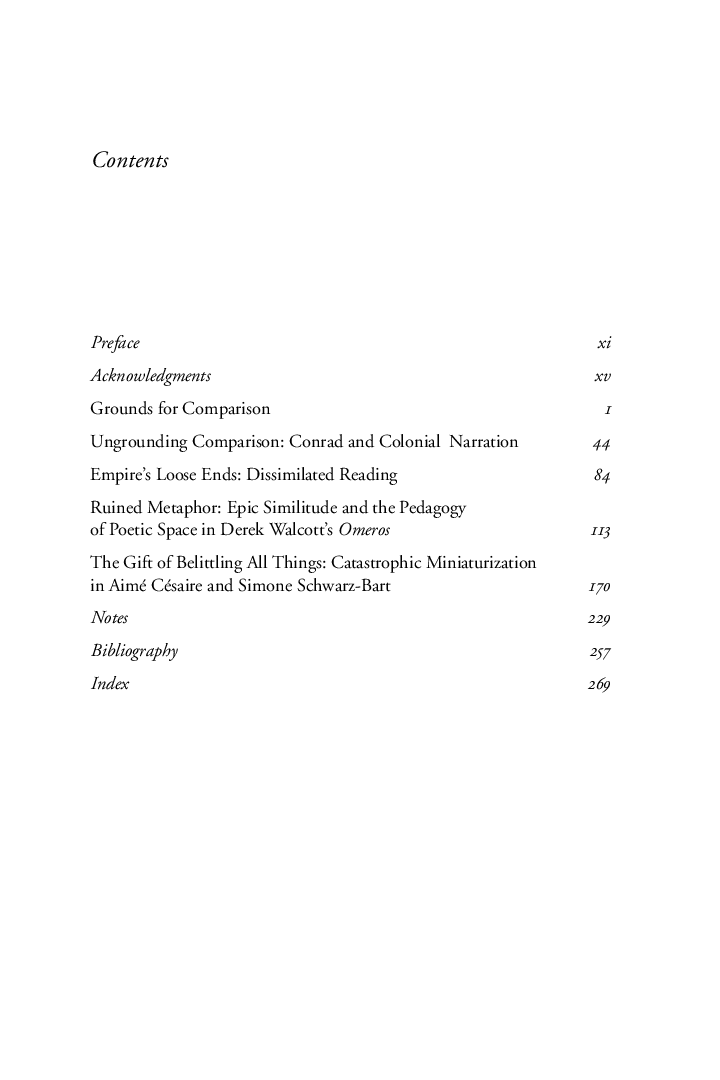