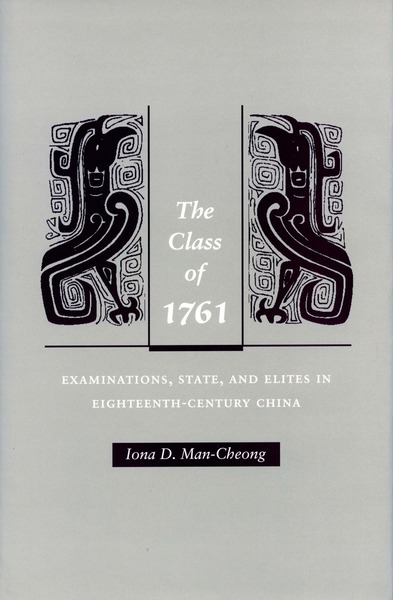 The Class of 1761
Examinations, State, and Elites in Eighteenth-Century China
Iona D. Man-Cheong

The Class of 1761 reveals the workings of China's imperial examination system from the unique perspective of a single graduating class. The author follows the students' struggles in negotiating the examination system along with bureaucratic intrigue and intellectual conflict, as well as their careers across the Empire—to the battlefields of imperial expansion in Annam and Tibet, the archives where the glories of the empire were compiled, and back to the chambers where they in turn became examiners for the next generation of aspirants.

The book explores the rigors and flexibilities of the examination system as it disciplined men for political life and shows how the system legitimated both the Manchu throne and the majority non-Manchu elite. In the system's intricately articulated networks, we discern the stability of the Qing empire and the fault lines that would grow to destabilize it.

Iona D. Man-Cheong is Associate Professor of History at the State University of New York at Stony Brook.

"Iona D. Man-Cheong's very timely book helps us understand the operation of the imperial Chinese examination in a crucial year and its subsequent social impact."