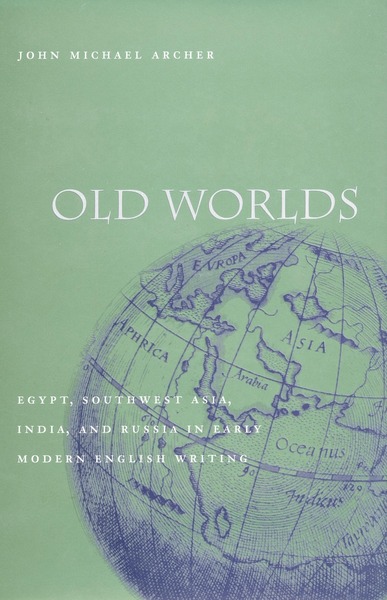 Although much attention has been paid to early modern European travel to the New World, attention is just beginning to be paid to the travels in the Old World, even though they speak to contemporary concerns with categories like civilization, race, and nation as much as, sometimes more than, the New World explorations.

This book aligns travel narratives and historical surveys of parts of the Old World—Egypt, Mesopotamia, India, and Russia—with texts by Shakespeare, Milton, and Dryden that contributed to English ideas about those regions. Addressing the current interest in Europe's relationship with its neighbors and near-neighbors in the Old World, the author introduces the term "paracolonial" to describe Europe's attitude toward those areas where its colonial reach was intermittent or nonexistent.

The book begins by matching ancient and early modern accounts of Egypt and Ethiopia with Shakespeare's Antony and Cleopatra, showing how antiquity's veneration of Egyptian values was tainted in Shakespeare's time by anxieties of racial and sexual degeneration. The next chapter, centered on Milton's Paradise Lost, relates degeneration to the epic cycle of imperial rise and fall attributed to Southwest Asia and its monumental ruins by European historians and travelers. The Elizabethan and Jacobean fascination with Russia is the topic of the third chapter, which argues that Herodotus' Scythia and early modern slavery were the dual origins of the barbarous Russia glimpsed in Shakespeare's Love's Labour's Lost and Milton's Muscovia. In the process, the author offers a novel explanation for the puzzling link between Russia and racial "blackness" in the English Renaissance. The book concludes with India, where degeneration, cyclic empire, and bodily images of racial and sexual difference were combined in geographical writings and sensationally staged in Dryden's Aureng-Zebe.

Tracing the overlap between Graeco-Roman geography and the itineraries of Renaissance travelers and traders, Old Worlds brings together a rich array of texts that rewrite European traditions about a plural antiquity from an early modern English perspective.

John Michael Archer is Associate Professor of English at the University of New Hampshire. He is the author of Sovereignty and Intelligence: Spying and Court Culture in Early Modern England (Stanford, 1993)

"Archer's scholarship is impressive, and his timely and important new argument about the 'para-colonial,' as well as the materials he uncovers, will enrich the debate on, and our understanding of, early modern geographies, world views, and literatures."

"With this book Archer fills a longstanding niche in Renaissance and 17th-century studies by focusing on non-Western European countries as important locations with highly fraught significance in selected writings by Shakespeare, Milton, and Dryden. Examining accounts of travelers, works of geography, and especially literary treatments of these exotic locations, the author provides insightful, exciting, and persuasive interpretations concerning European perspectives on other cultures, emerging ideas about racial and sexual differences, and concepts of civilization and nationhood. . . . Most highly recommended for ambitious upper-division undergraduates through faculty"

"[Archer's] erudition on the subject is very impressive. He skillfully combines ample research data with his own insights and delights the reader with in-depth discussions."

"Archer's impressive scholarly range and rigor, along with his critical acumen and theoretical sophistication, thus make a profound contribution to the cultural analysis of England's early relations with the complex region it labeled India."

"Old Worlds is a superlative book in which John Michael Archer offers a thorough, scholarly analysis of veneration and condemnation that is contained in the representations of these several old worlds. Archer's prodigious reading, broad knowledge, and keen awareness of nuance make Old Worlds a welcome contribution to our knowledge of the specific locales taken up, to our understanding of the particular literary works critiqued, and to the scholarship of travel writing."