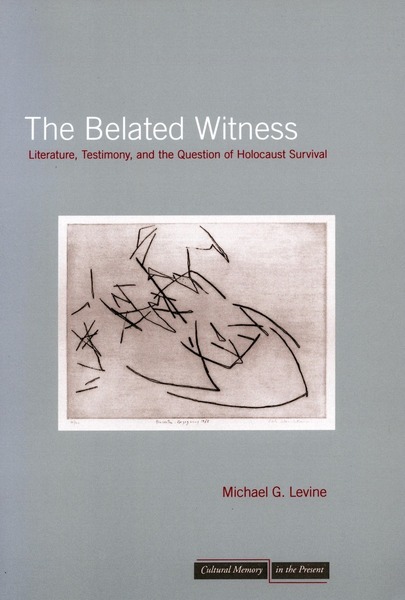 The Belated Witness
Literature, Testimony, and the Question of Holocaust Survival
Michael G. Levine
SERIES: Cultural Memory in the Present

The Belated Witness stakes out an original place within the field of recent work on the theory and practice of literary writing after the Holocaust. Drawing in productive and unsettling ways from converging work in history, philosophy, psychoanalysis, and literature, the book asks how the events of the Holocaust force us to alter traditional conceptions about human experience, as well as the way we can now talk and write about such experiences. Rather than providing a mere account of an outside or inside reality, literature after the Holocaust sets itself a more radical task: it testifies to unspeakable experiences in a specific mode of address, a call or summons to another in whose sole power resides the possibility of a future response to such testimonies of world-historical trauma.

Michael G. Levine is Associate Professor of German at Rutgers University. He is the author of Writing Through Repression: Literature, Censorship, Psychoanalysis (1994) and translator of Samuel Weber's Return to Freud: Jacques Lacan's Dislocation of Psychoanalysis (1991).

"The Belated Witness is a remarkable book and a stunning accomplishment. This beautiful, finely wrought, and impeccably argued text makes a vital and refreshing contribution to existing scholarship in a number of fields: Holocaust literary studies, contemporary German literature, psychoanalytic literary criticism, and literary theory, more generally. Timely, profound, thoughtful, and ambitious in scope, it could very well become an instant classic of literary criticism."

"The book's importance lies not only in its insights into particular texts, but in its redefinition of testimony and our responses to it. This is an outstanding work." 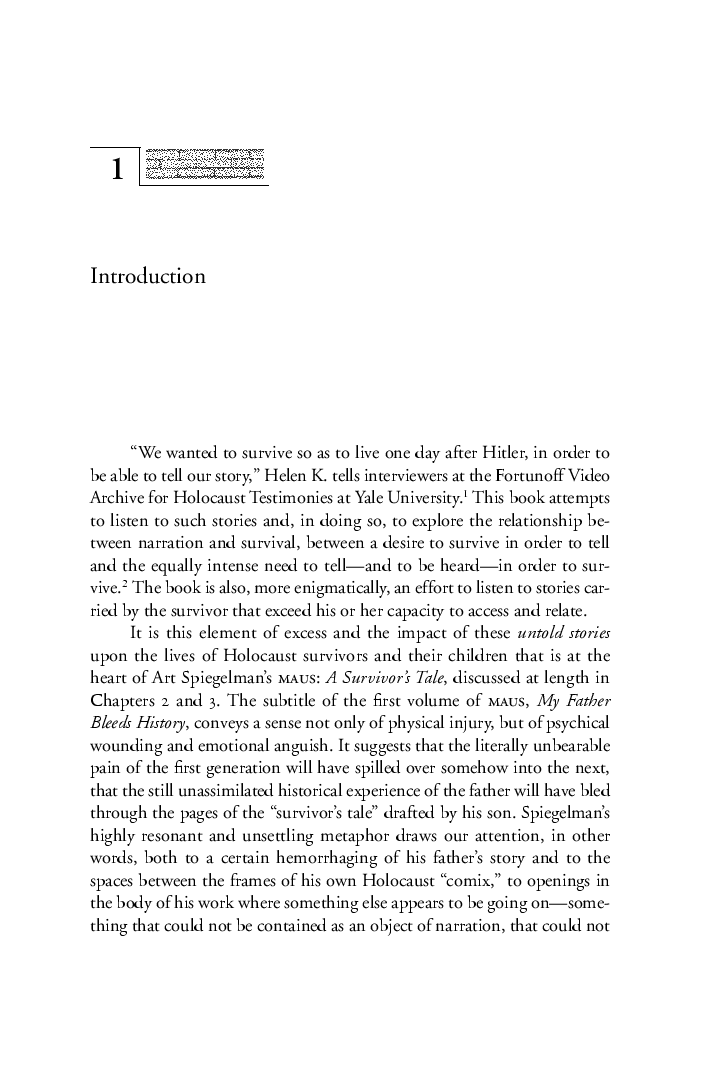 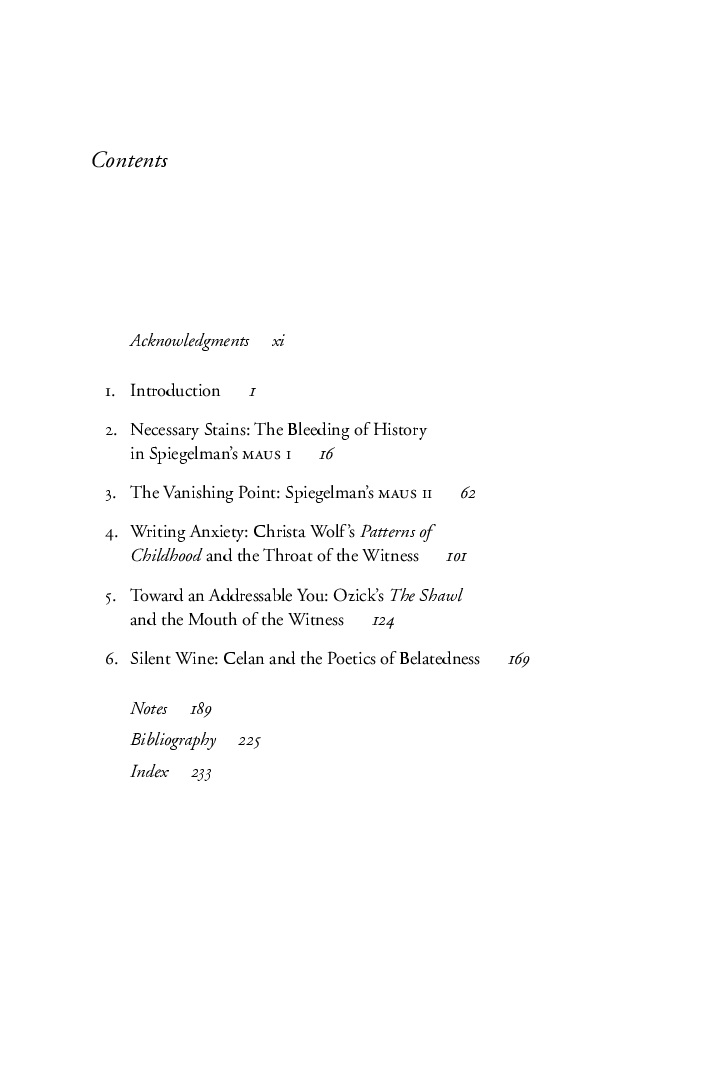