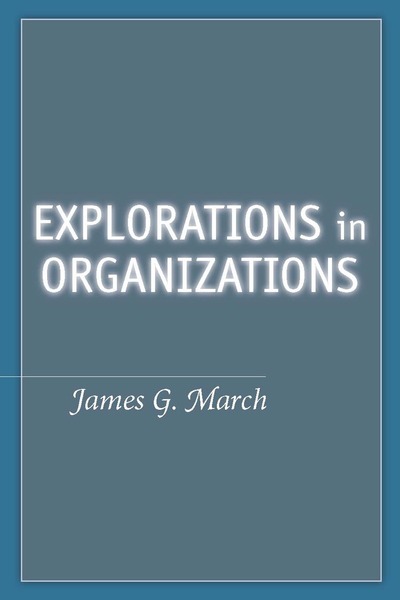 Each section begins with a new essay by a scholar whose work has focused on the theme explored in that part of the book. These introductory essays not only introduce and tie together the papers that follow, but also serve to add additional voices to the volume in order to deepen the discussion within it.

James G. March is Professor Emeritus at Stanford University. He holds appointments in the Schools of Business and Education, and in the Departments of Political Science and Sociology.

"Jim March is one of our time's leading social scientists and every new article and book from his pen is a treat for the reader. This new book, his third collection of essays, is no exception. There is a vigor and creativity to the arguments that makes these two dozen new articles irresistibly fun and interesting. Read, enjoy—and feel inspired!"

"In an age in which scholarship is increasingly commodified, Explorations in Organizations reminds us that it is possible to pursue ideas across what others see as boundaries. This volume presents several, well-defined windows onto the garden of organization theory that March has done a great deal to create, suggesting some directions for growth. As March notes in his introduction to the volume, the somewhat chaotic nature of the garden may be an important part of the vitality of the field."

"This volume of papers by Jim March makes clear that there is no scholar who is more effective at inspiring at the same time that he informs. Over the years, March has cultivated a vision of organizational life that has not only illuminated realities that went unnoticed by so many, but he has also sparked the imagination and, therefore, the research of countless scholars. Accordingly, this book serves as a reminder as to why we should be so grateful to Jim March for his many gifts to the field of organizational scholarship."

"In this third collection of papers (which, together, span five decades!), Jim March continues to inspire—not just with his ideas, but also by being "unremittingly exuberant about the pursuit of [them]." In all three collections, economists may find greatest connection to the idea of an "organization as a decision-making process" proposed by Cyert and March (1963). In each successive decade, March and co-authors have elaborated on this theme; more recently, so have organizational economists. But, whereas Coase (1972) described his 1937 article as "much cited and little used," the reverse might be said of March's work: in organizational economics, we use his ideas every day, often without recalling their inception." 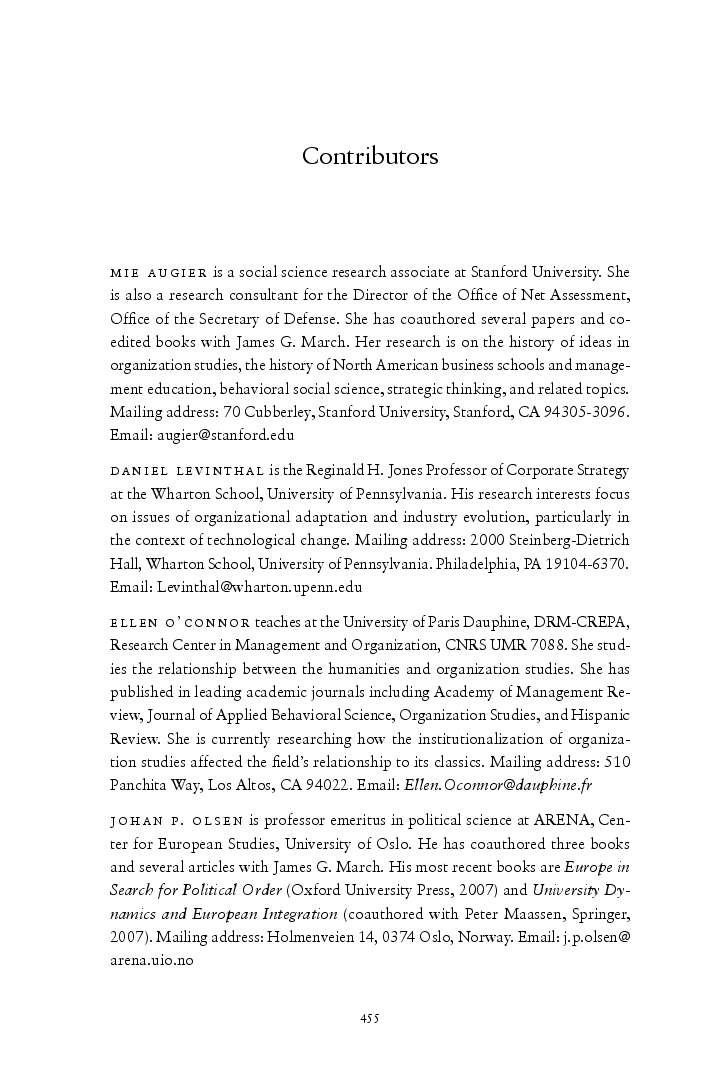 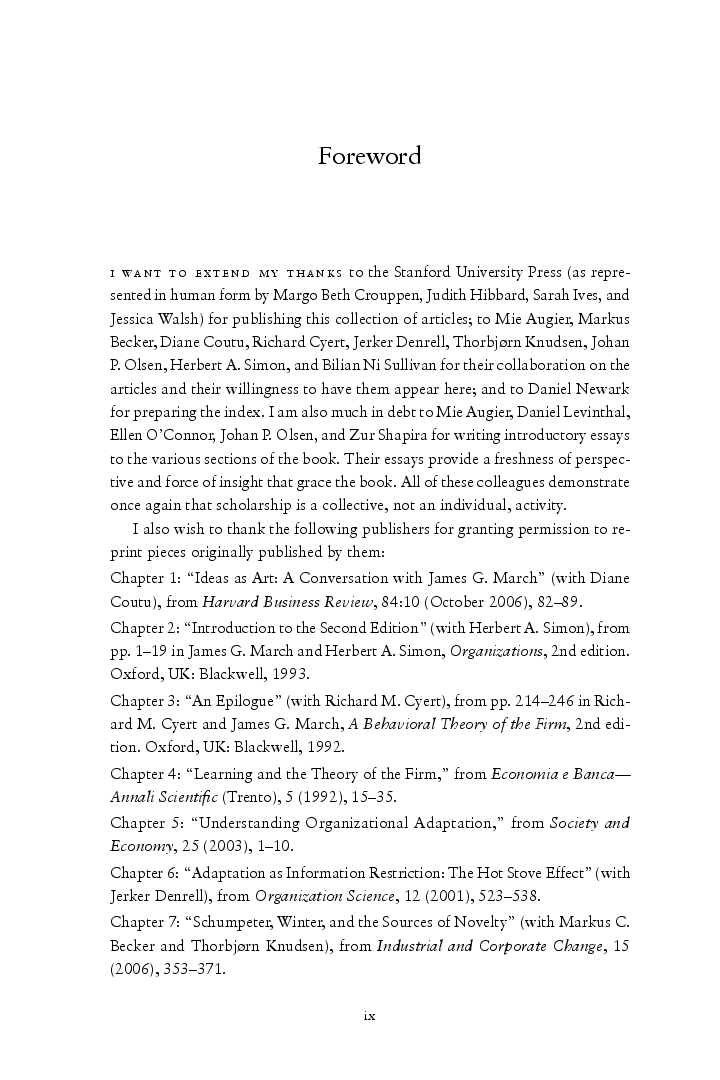 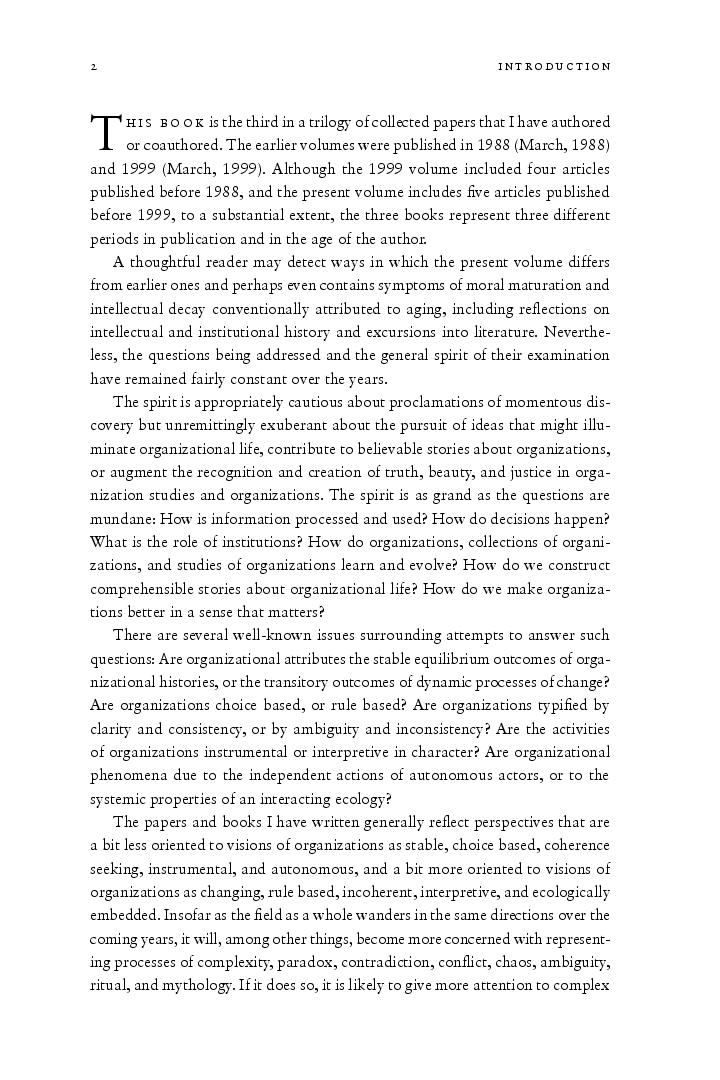 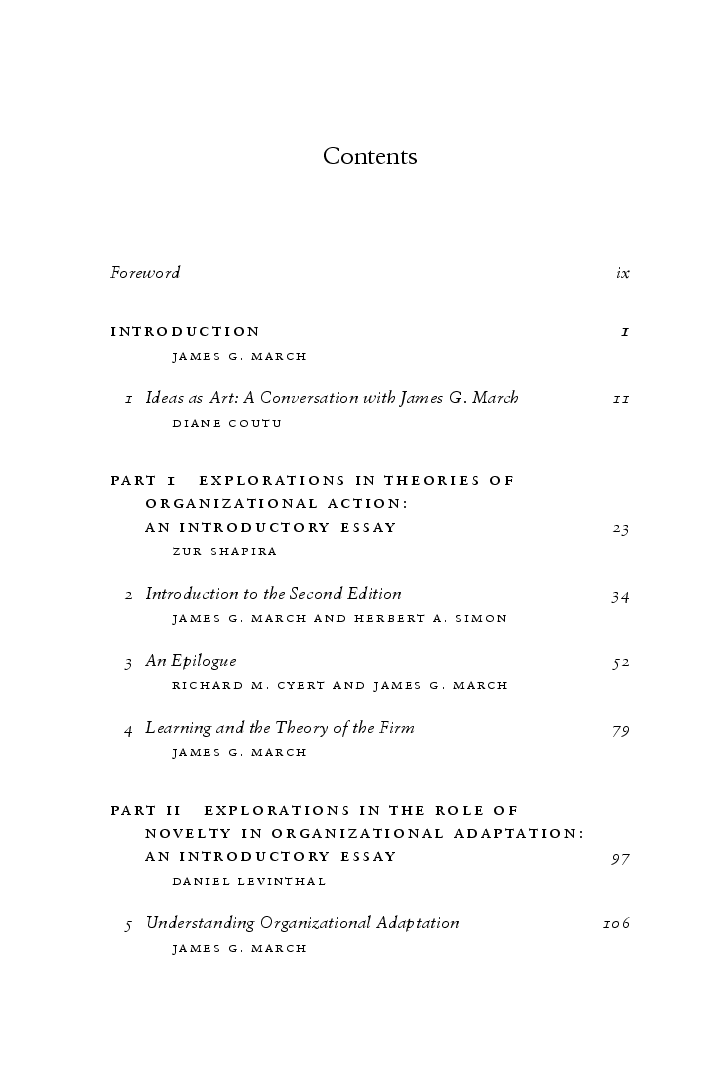