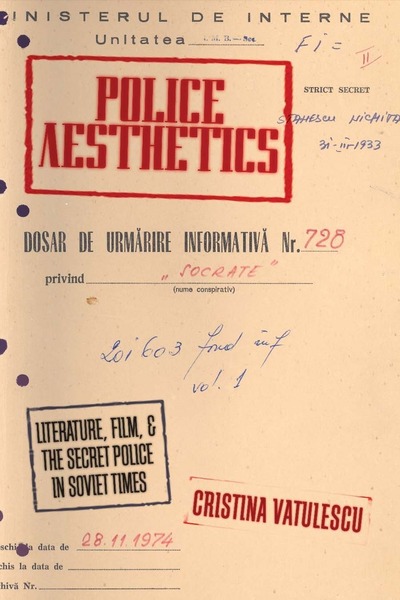 Winner of the 2011 Barbara Heldt Prizes, sponsored by the Association for Women in Slavic Studies.

One of four books shortlisted for the 2012 Wayne S. Vucinich Book Prize, sponsored by the Association for Slavic, East European, and Eurasian Studies.

The documents emerging from the secret police archives of the former Soviet bloc have caused scandal after scandal, compromising revered cultural figures and abruptly ending political careers. Police Aesthetics offers a revealing and responsible approach to such materials. Taking advantage of the partial opening of the secret police archives in Russia and Romania, Vatulescu focuses on their most infamous holdings—the personal files—as well as on movies the police sponsored, scripted, or authored. Through the archives, she gains new insights into the writing of literature and raises new questions about the ethics of reading. She shows how police files and films influenced literature and cinema, from autobiographies to novels, from high-culture classics to avant-garde experiments and popular blockbusters. In so doing, she opens a fresh chapter in the heated debate about the relationship between culture and politics in twentieth-century police states.

"Police Aesthetics is an important study that should be read by anyone interested not only in Soviet Studies but in the question of policing in the world at large, a question that has become increasingly central in the last decade. One can only hope that the publication of this fascinating and well-written book marks the beginning of a wave of studies on 'police aesthetics' in the Soviet era and beyond."

"Vatulescu's book is undeniably one of the most conceptually original to emerge in Russian cultural studies in the past decade. If forces the reader to think about familiar works in new ways and will doubtless spark debate and future work to test her thesis. It is highly recommended to scholars interested in Russian culture of the 1920s and 1930s in particular and in the aesthetics of authoritarian regimes in general."

"[A] most fascinating read . . . Police Aesthetics most deservedly received the Barbara Heldt Prize in 2011: Vatulescu opens up new lines of investigation (to stay within the police jargon) for a reading of the relationship between fact and fiction in Stalinist culture."

"Analyzing Soviet literature, film, and aesthetic theory through the long-obscured prism of the personal police file, Vatulescu insightfully draws upon archival material from both Russia and Romania to shed valuable light on the way the secret police informed—or in formed on, as the case may be—artists of the era . . . Although her subject matter lies in a shadowy, politicized realm located somewhere between 'subversion and complicity,' Vatulescu provides her readers with much needed illumination of that murky penumbral realm."

"This is a very important, groundbreaking book, one of the most original and illuminating works I have seen in recent years in comparative Slavic studies. Police Aesthetics will unquestionably position Cristina Vatulescu as one of the foremost scholars of Soviet culture."

"Rarely have I encountered a book that managed to incorporate original archival research (and what findings!), new work in history, literary, and film theory, and close analysis in such a clear and compelling way." 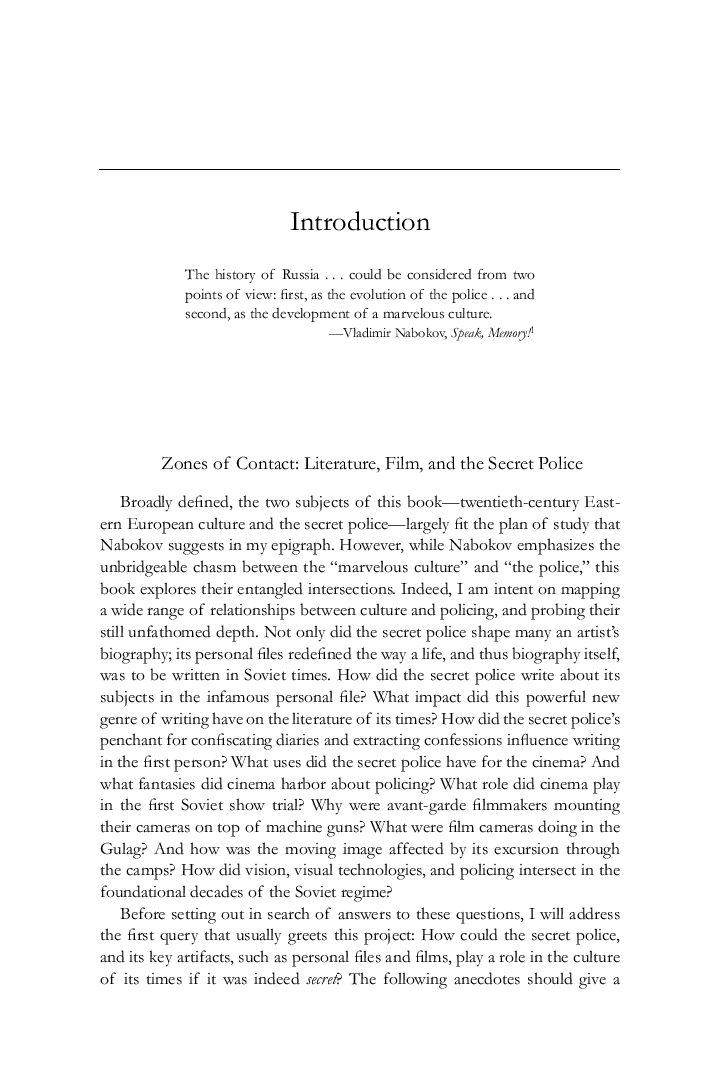 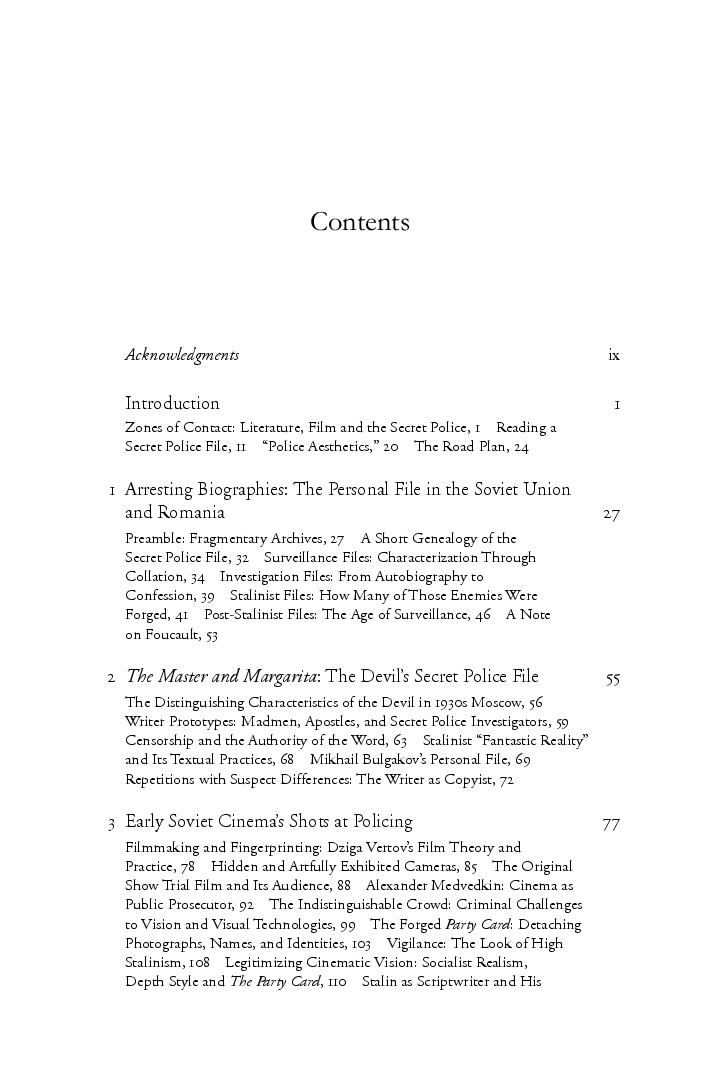