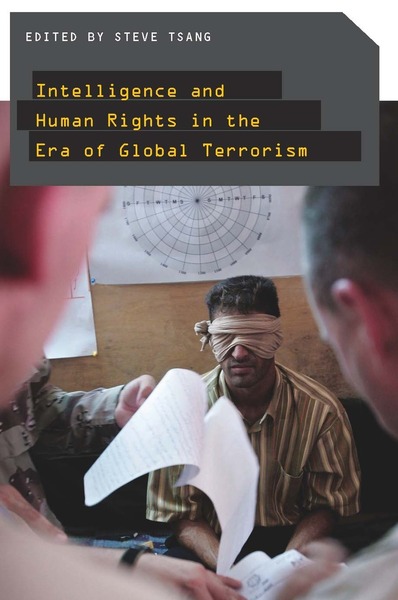 Facing the threats posed by dedicated suicide bombers who have access to modern technology for mass destruction and who intend to cause maximum human suffering and casualties, democratic governments have hard choices to make. The premise of this book is that for intelligence organizations in democratic states to be able to face up to the challenges of global terrorism, they must think outside the box and utilize all of their resources effectively and creatively. To overcome the enemy, we must also secure the peace. Winning the hearts and minds of the terrorists' pool of potential recruits will be essential to cutting off the supply of suicide bombers. This book therefore addresses not only the question of how intelligence organizations can improve their efficacy in pre-empting terrorist outrages, but also the wider issue of removing the forces that sustain global terrorism as a scourge of the twenty-first century. The general public in the target countries and recruiting grounds must also be persuaded that—despite their rhetoric—the terrorists are not engaged in a holy war. Intelligence services of various countries need to find convincing evidence to prove this point. But it is up to governments, civil society, and the media in different parts of the world to work together if the evidence unearthed by national intelligence services is to be accepted by the general public. Unless the emotional or quasi-religious appeal of the global terrorists can be removed, the simple arrest of bin Laden and his close associates—or even the destruction of Al Qaeda as an organization--will not be sufficient to prevent others from rising to replace them.

Steve Tsang is University Reader in Politics and Louis Cha Senior Research Fellow at St. Antony's College, Oxford University, where he is also Director of the Pluscarden Programme for the Study of Global Terrorism and Intelligence.

"This is essential reading for policy makers, intelligence professionals, and academics. It emphasizes the need to 'think outside the box' to counter religious martyrdom using global communications."

"This book offers rich information and better understanding of how democratic states should defend themselves and at the same time not give up their main principles, and about changes needed in intelligence communities facing this challenge."

"Professor Tsang and his colleagues are to be congratulated for the publication of a work that is exceptionally timely as well as impressively insightful in its treatment of a series of controversial issues taken right off the headlines of today's news. As a member of Congress involved in national security issues on a daily basis I appreciate the importance of experts such as those who contributed to this book to reflect on these topics. Their work is a must read for other experts as well as the general public and it doubtless will inform both audiences."

"Compiled and edited by Steve Tsang, Intelligence and Human Rights in the Era of Global Terrorism is an informative body of work focusing upon the 'War on Terror' and how to go about waging it while still respecting basic human rights [it] is a must for those who want a realistic plan for winning the war on terrorism." 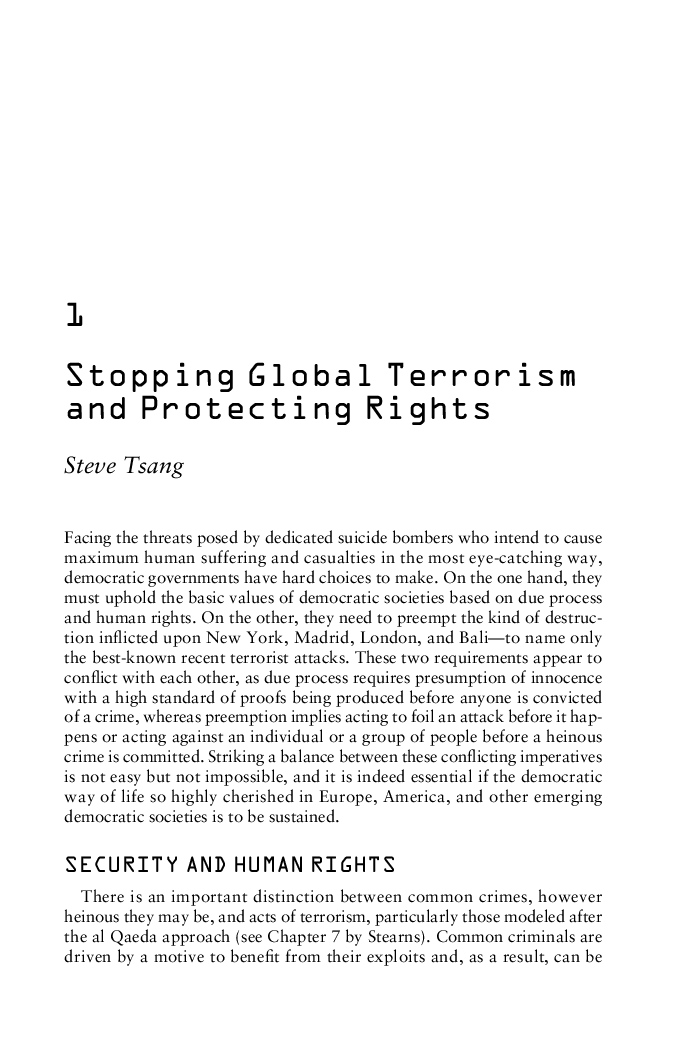 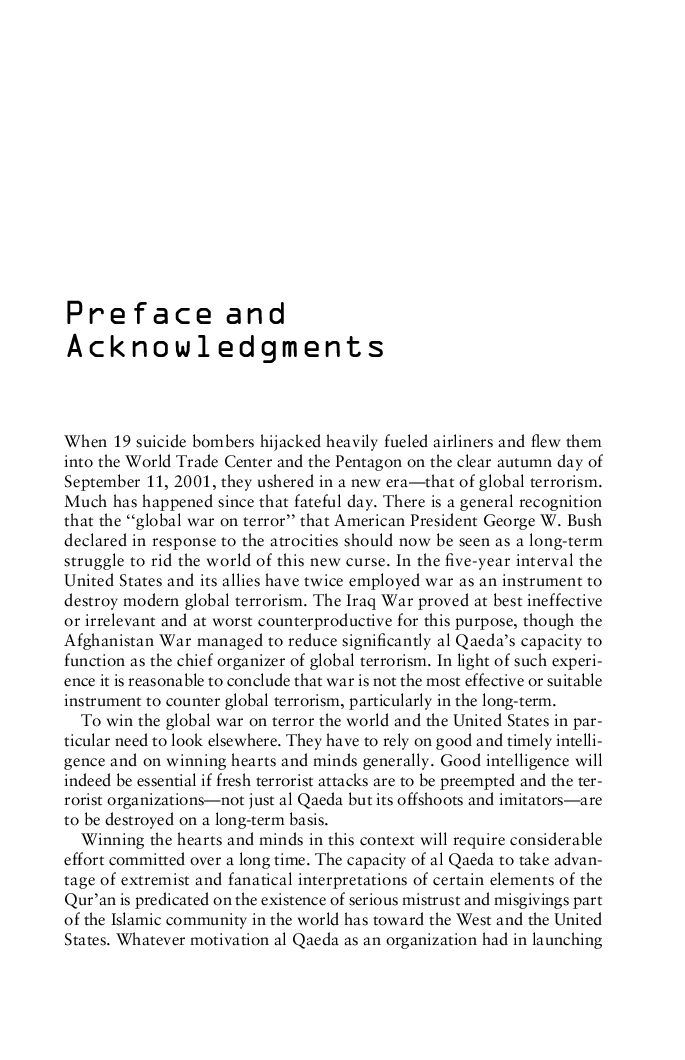 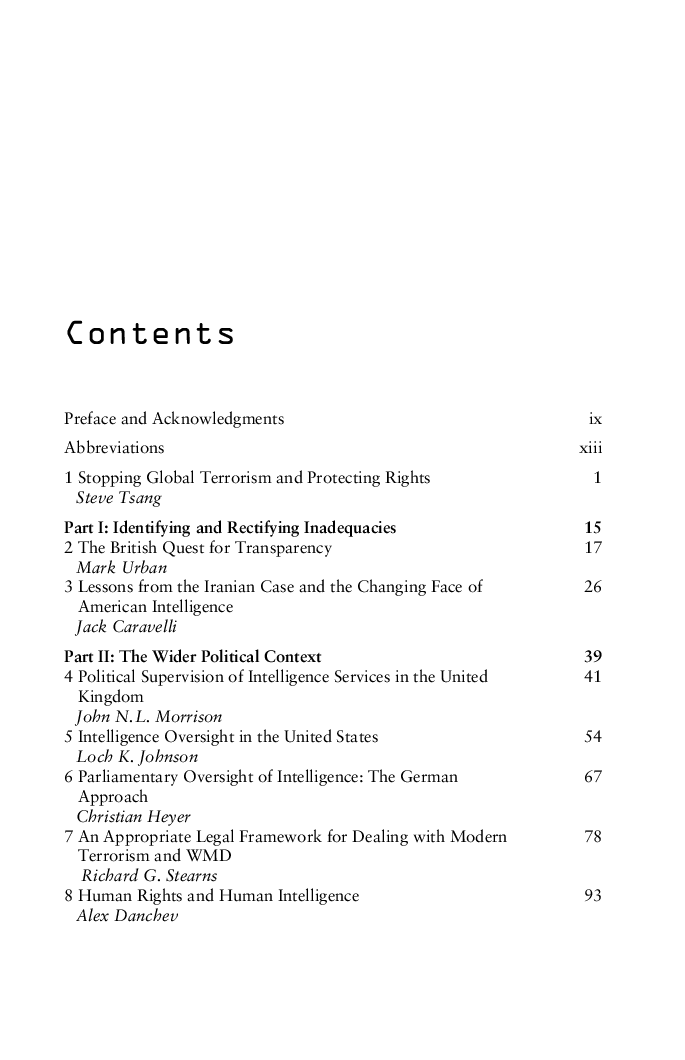