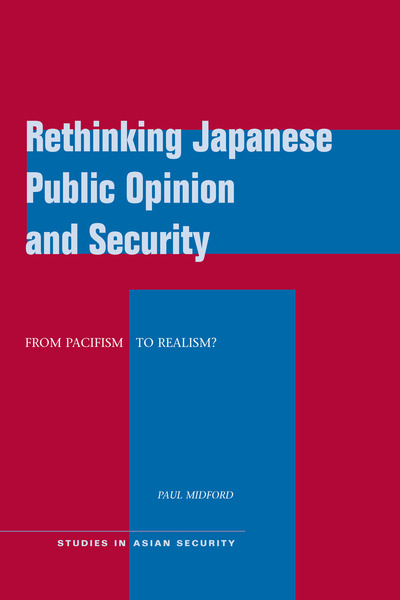 In this book, Paul Midford engages claims that since 9/11 Japanese public opinion has turned sharply away from pacifism and toward supporting normalization of Japan's military power, in which Japanese troops would fight alongside their American counterparts in various conflicts worldwide.

Midford argues that Japanese public opinion has never embraced pacifism. It has, instead, contained significant elements of realism, in that it has acknowledged the utility of military power for defending national territory and independence, but has seen offensive military power as ineffective for promoting other goals—such as suppressing terrorist networks and WMD proliferation, or promoting democracy overseas.

Over several decades, these realist attitudes have become more evident as the Japanese state has gradually convinced its public that Tokyo and its military can be trusted with territorial defense, and even with noncombat humanitarian and reconstruction missions overseas. On this basis, says Midford, we should re-conceptualize Japanese public opinion as attitudinal defensive realism.

Paul Midford is Associate Professor in the Department of Political Science and Sociology and Director of the Japan Program at the Norwegian University for Science and Technology in Trondheim. His books include Japanese Public Opinion and the War on Terrorism: Implications for Japan's Security Strategy.

"This book is an important textbook not just for students and scholars in international relations, political science, and Asian studies, but for policy makers in Japan and the United States as well. This book should be on the reading list of anyone wanting to understand the changes in Japan's security policy over the last two decades and how it might influence Japan's future security policy."

"The influence of public opinion on Japanese foreign and security policy has not been deeply studied up to this point. By providing a clearly structured and meticulous analysis of the problem Paul Midford has thereby done scholars of the "Japan puzzle" a valuable service. . . [This] volume represents the outstanding work on the topic of public opinion/security policy in Japan and is indispensible for specialists working in this area."

"Midford needs to be praised for collecting such a large number of opinion data and bringing them together in an easy-to-read narrative, illustrating the shifts and changes in public opinion, the original and then changing government narrative, and how public attitudes shaped these changes . . . Overall, this book is an important contribution not only to Japanese security studies, but also to the study of Japanese democracy."

"Paul Midford has written a ground breaking study that provides vital perspective on a much neglected dimension of Japanese foreign and security policy making. At a time when confusion abounds over the long-term orientation of Japanese policy, Midford's study provides valuable insight on the underlying structures that set the parameters for decision makers in Tokyo. It deserves to be read by anyone interested in Japan, the international relations of East Asia, and US policy in the region." 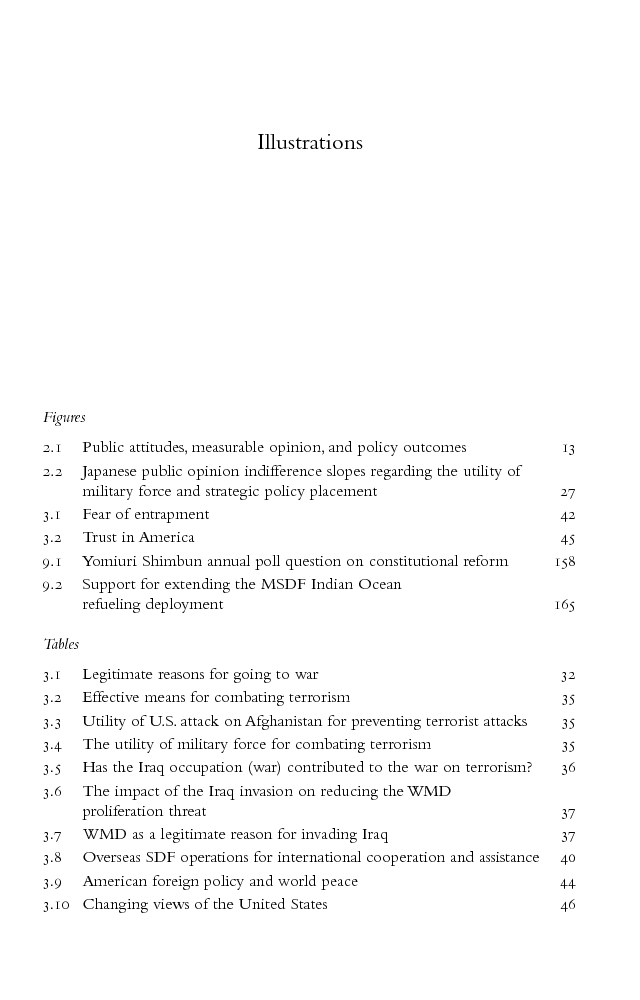 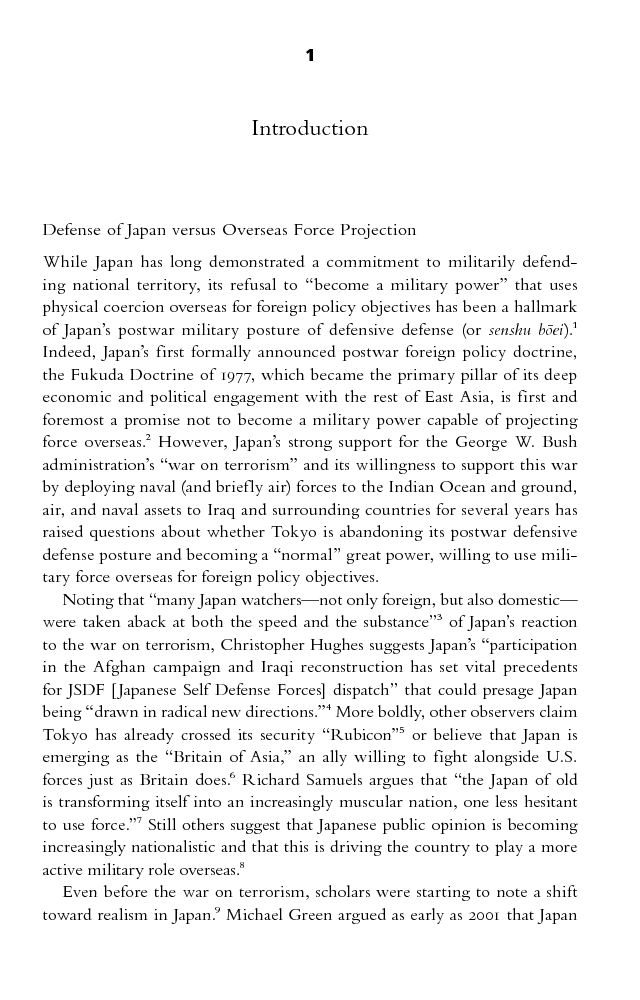 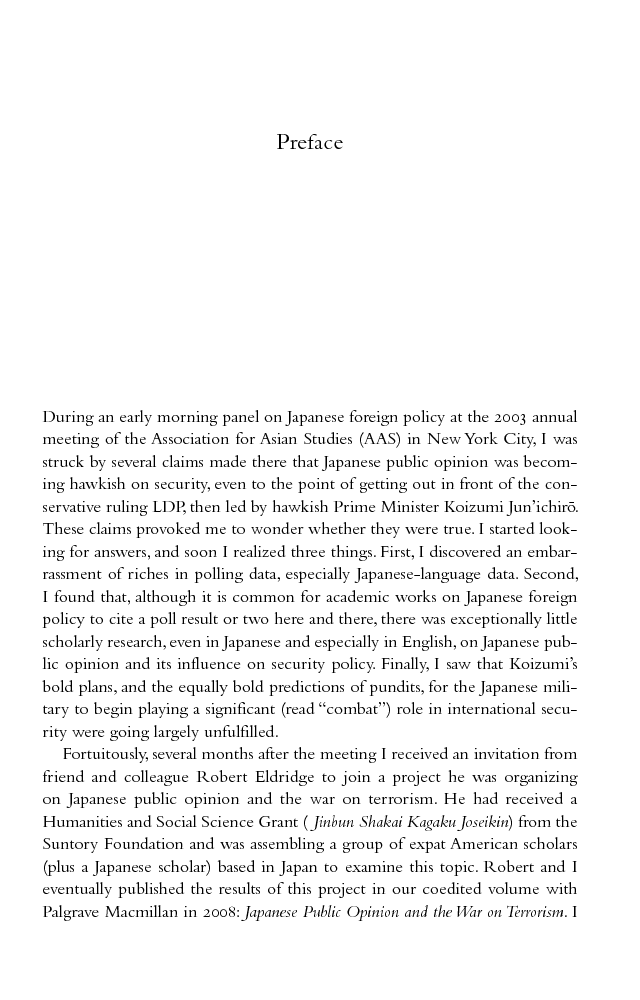 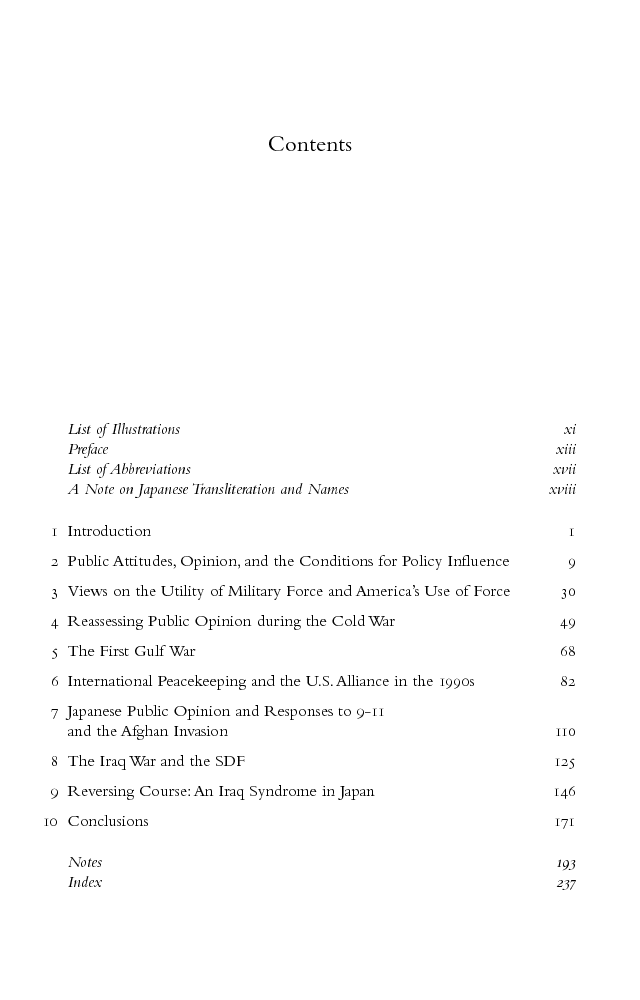