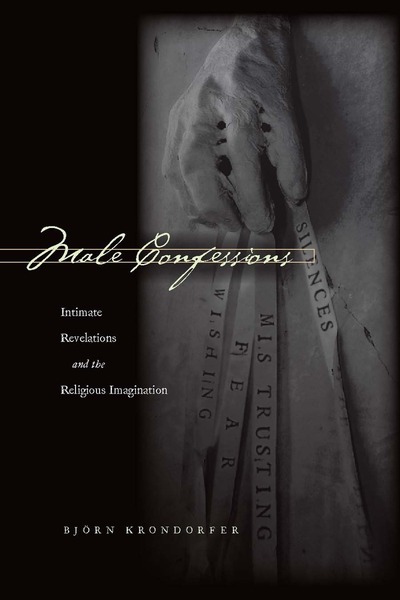 Male Confessions examines how men open their intimate lives and thoughts to the public through confessional writing. This book examines writings—by St. Augustine, a Jewish ghetto policeman, an imprisoned Nazi perpetrator, and a gay American theologian—that reflect sincere attempts at introspective and retrospective self-investigation, often triggered by some wounding or rupture and followed by a transformative experience. Krondorfer takes seriously the vulnerability exposed in male self-disclosure while offering a critique of the religious and gendered rhetoric employed in such discourse. The religious imagination, he argues, allows men to talk about their intimate, flawed, and sinful selves without having to condemn themselves or to fear self-erasure. Herein lies the greatest promise of these confessions: by baring their souls to judgment, these writers may also transcend their self-imprisonment.

Björn Krondorfer is Professor of Religious Studies at St. Mary's College of Maryland and author of Men and Masculinities in Christianity and Judaism (2009) and Remembrance and Reconciliation: Encounters Between Young Jews and Germans (1995).

"In his most recent book on men and masculinity, Bjorn Krondorfer turns his attention to the literary form of the male confession. . . The unique style and organization of the book represents an interesting experiment, for the authorial voice dances between intensely personal 'revelations' and the familiarity (and safety) of academic prose. This tension is ultimately what makes the book both interesting and successful."

"Krondorfer is one of the pioneers of the field of critical men's studies in religion. In this emerging field men are studied as gendered beings in relation to religion. With this book Krondorfer makes an innovative contribution to the field, and more broadly to the fields of masculinity studies, religious studies and literary studies, by providing a detailed critical gendered reading of men's confessional writing . . . It is a stylistically well-written and highly original book that offers meaningful readings of men's confessional writings and makes a sophisticated contribution to our understanding of the complicated moral and religious dimensions of men's lives."

"This intriguing work blends the fields of life writing, religious studies, and critical men's studies . . . Male Confessions is a creative and rewarding contribution to several academic fields . . . The whole of this book is greater than the sum of its parts, and I highly recommend it."

"This is a fascinating but theoretically dense book at the intersection of narrative, gender, and religious studies. It is a notable contribution to the growing literature on men's studies in religion and an important volume for collections that support large programs in theology and/or gender studies . . . Highly recommended."

"This is an innovative work of religious studies. Krondorfer's examination of the dynamics of self-disclosure and self-creation in men's confessional writing through the lens of masculinity studies is a valuable contribution."

"A gendered reading of men's confessional works is most needed. Krondorfer provides a nuanced, critical, constructive, and compelling perspective on several culturally significant exemplars of the genre. This book makes an important contribution at the intersection of confessional literature, religious studies and the growing body of literature on the critical study of men and masculinities." 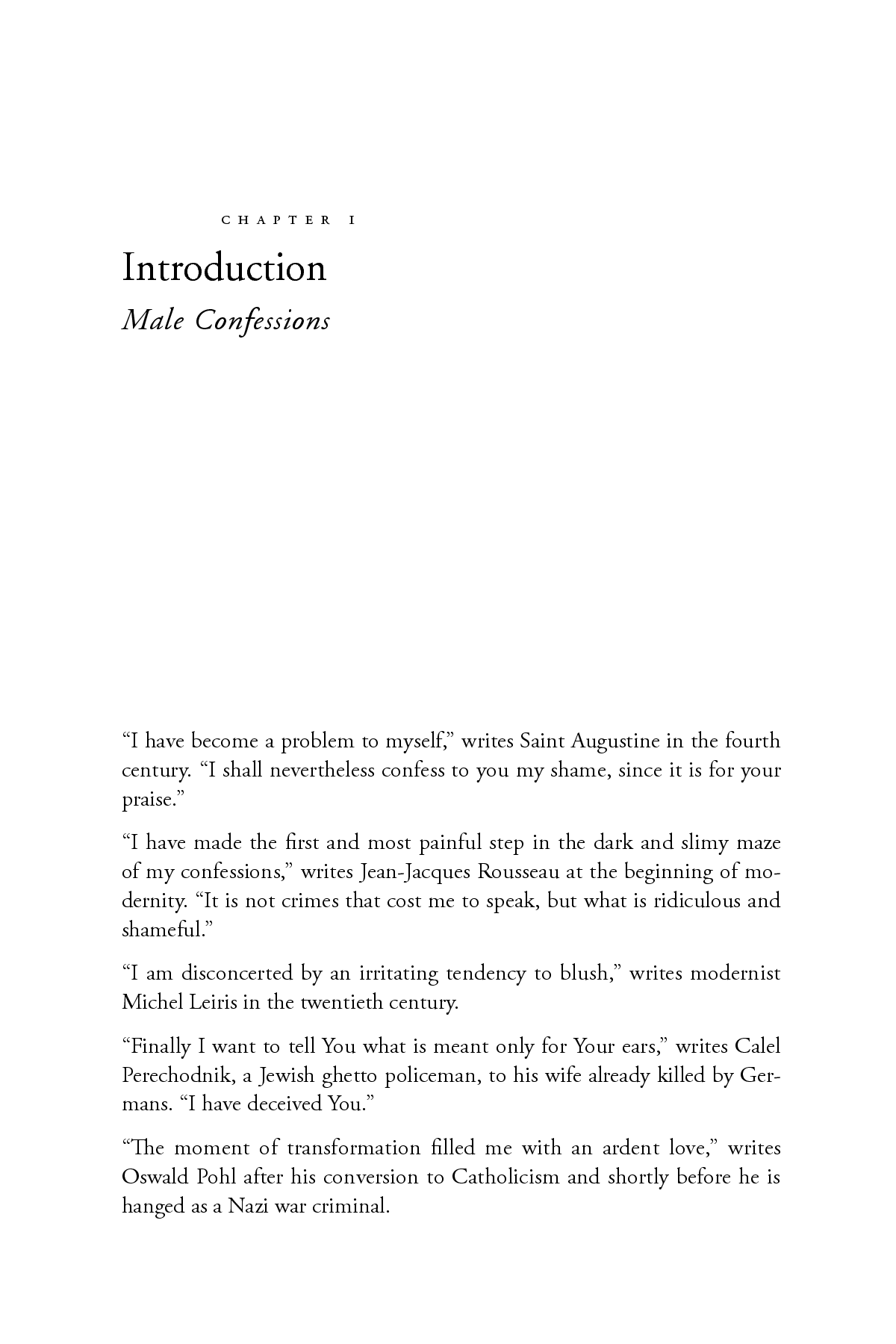 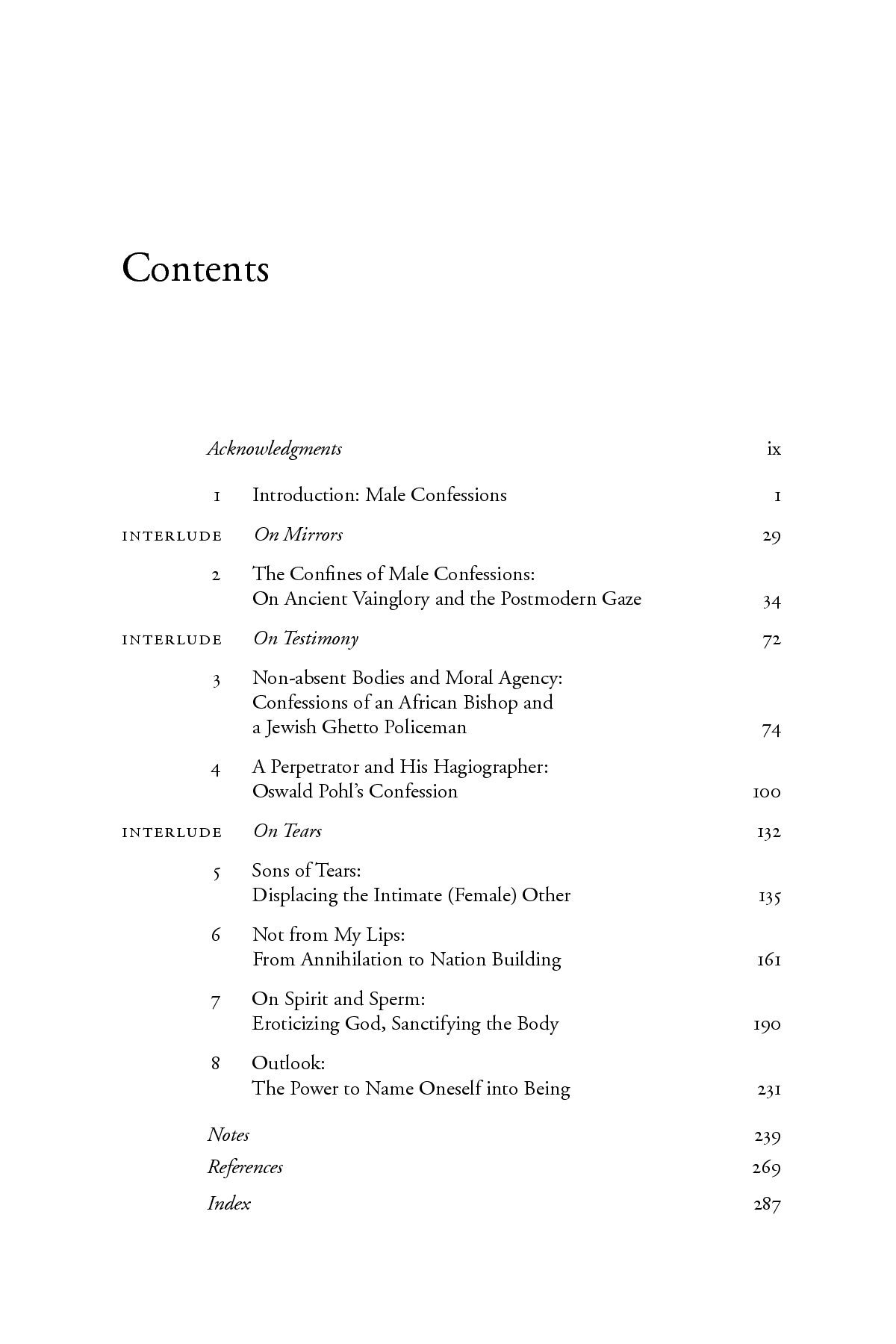