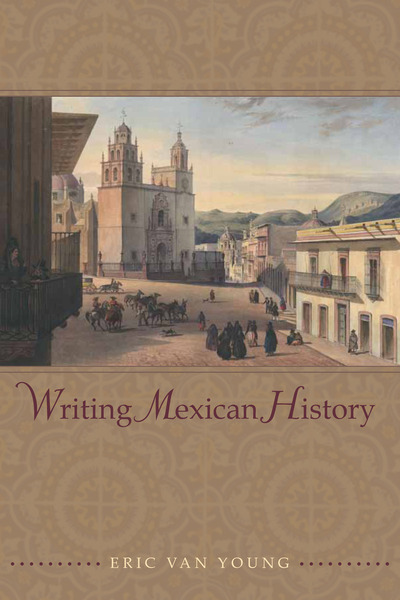 This collection brings together a group of important and influential essays on Mexican history and historiography by Eric Van Young, a leading scholar in the field. The essays, several of which appear here in English for the first time, are primarily historiographical; that is, they address the ways in which separate historical literatures have developed over time. They cover a wide range of topics: the historiography of the colonial and nineteenth-century Mexican and Latin American countryside; historical writing in English on the history of colonial Mexico; British, American, and Mexican historical writing on the Mexican Independence movement; the methodology of regional and cultural history; and the relationship of cultural to economic history. Some of the essays have been and will continue to be controversial, while others—for example, those on studies of the Mexican hacienda since 1980, on the theory and method of regional history, and on the "new cultural history" of Mexico—are widely considered classics of the genre.

Eric Van Young is Distinguished Professor of History at the University of California, San Diego. His works include The Other Rebellion: Popular Violence, Ideology, and the Struggle for Mexican Independence, 1810–1821 (Stanford University Press, 2001; recipient of the Bolton-Johnson Prize).

"Eric Van Young is a major historian of colonial Mexico, now at the point in his distinguished career when a 'greatest hits collection' (as one of the blurb writers calls this book) becomes de rigueur . . . [T]he book will be an invaluable guide for graduate students."

"Eric Van Young is without doubt one of the most prolific, provocative, and pre-eminent historians working in the field of Mexican and Latin-American history today. His scholarship is characterized by a restless curiosity, fearless intellect, and impatience with unimaginative questions and easy answers in equal measure . . . This volume stands as impressive testimony to Eric Van Yong's singular contributions to the writing of Mexican history . . . [Writing Mexican History is] essential reading for anyone interested not only in Mexican history but also in the practice and pitfalls of the historian's craft in general. Lucas Alamán—'the bad boy among Mexico's great historians'—is fortunate indeed to have such an accomplished scholar as his biographer."

"Ultimately, these highly informative essays are even more useful as food for thought. They invite readers into a conversation—contentious or otherwise—with a knowing, sharp-minded interlocutor, who will challenge them to reevaluate their views on the most critical issues in Mexican history."

"Van Young's work is characterized by a zeal for theoretical reflection and a determination to allow primary sources to speak for themselves, although always under the narrator's gentle, ironic and skeptical prodding. . . This is a beautifully written and intellectually sparkling collection of essays. Van Young invites us to share his epistemological anxieties, urging scholars to be rigorous and skeptical in the interrogation of primary sources, in the selection of disciplinary boundaries and methodologies and in the consideration of the spatial context in which histories are told. Writing Mexican History will become a standard work for advanced undergraduates and postgraduates embarking upon independent research in Mexican and Latin American history.—Guy Thomson, Journal of Latin American Studies

"This exciting new book contains a collection of essays by Eric Van Young, on Mexican history and historiography . . . Van Young provides keen insights into the Mexican rural history, as well as pivotal historical periods such as the colonial period and the period covering Mexico's drive toward independence. This book is essential reading for anyone with an interest in Mexican history and historiography."

"Written with flair and a distinctive mix of playfulness and pure intellect, the collection is quite pleasurable to read. Exhaustive archival research undergirds the arguments presented, but the essays also draw attention, usefully, to theory and methodology."

"I read Eric Van Young's book with great pleasure. His voice is the most distinctive of any of our top colonialists, and his authority in the field is indisputable."

"Van Young is one of the two or three preeminent thinkers in the Mexican and Latin American field whose essays are of such pioneering and enduring value to warrant this kind of greatest hits collection. Not only does he cross fields and disciplines and integrate northern and southern intellectual currents, his essays are a pleasure to read and constitute a rare combination of analytical bite, erudition, and playfulness." 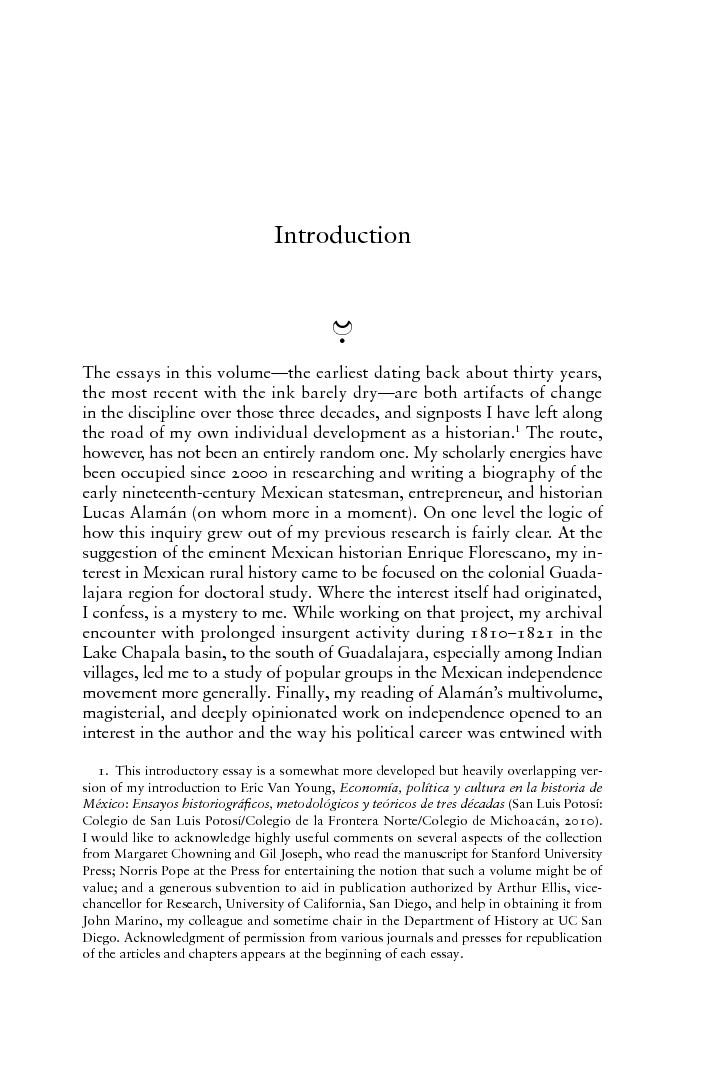 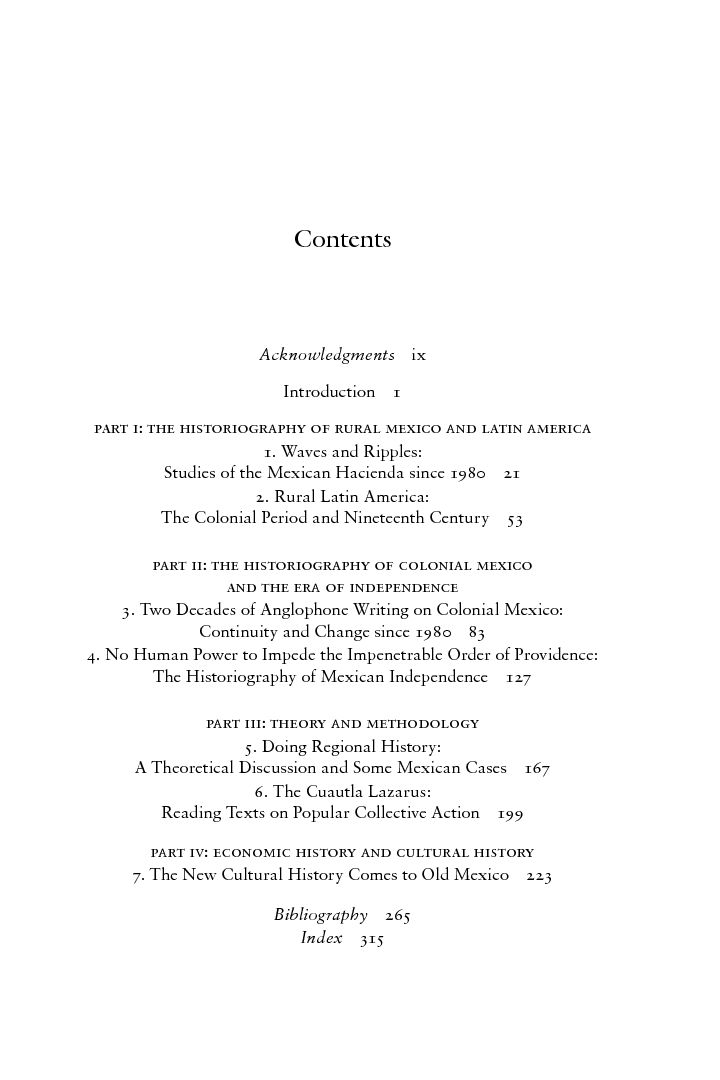