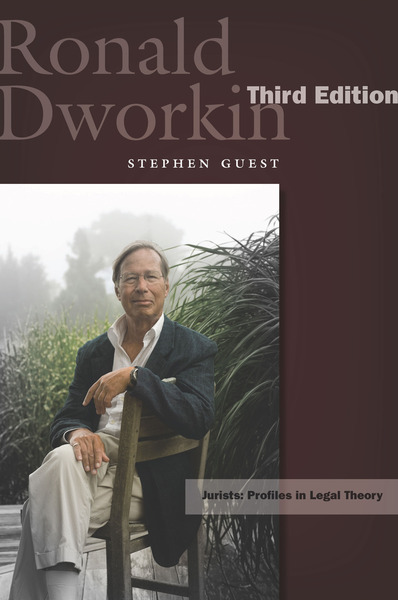 Ronald Dworkin is widely accepted as the most important and most controversial Anglo-American jurist of the past forty years. And this same-named volume on his work has become a minor classic in the field, offering the most complete analysis and integration of Dworkin's work to date. This third edition offers a substantial revision of earlier texts and, most importantly, incorporates discussion of Dworkin's recent masterwork Justice for Hedgehogs.

Accessibly written for a wide readership, this book captures the complexity and depth of thought of Ronald Dworkin. Displaying a long-standing commitment to Dworkin's work, Stephen Guest clearly highlights the scholar's key theories to illustrate a guiding principle over the course of Dworkin's work: that there are right answers to questions of moral value. In assessing this principle, Guest also expands his analysis of contemporary critiques of Dworkin. The third edition includes an updated and complete bibliography of Dworkin's work.

Stephen Guest is Professor of Legal Philosophy at the Faculty of Laws, University College London and a barrister of the Inner Temple, London.

"The third edition of Stephen Guest's comprehensive study covers Dworkin's work from beginning to end, culminating in the big book Justice for Hedgehogs, which brings everything together in a unified theory of value—personal, moral, political, and legal . . . [I]t is a valuable guide and reference to the full range of his writings and the controversies to which they have given rise. It goes without saying that to appreciate Dworkin it is essential to go to the writings themselves, with their eloquence and argumentative density, especially Law's Empire and Hedgehogs."

"[W]ell written and organized, the book will be accessible mainly to advanced students and scholars who have a strong grasp of contemporary moral, potitical, and legal philosophy."

"A presentation of Dworkin's thought that is not only analytically acute, but is self-consciously and proudly sympathetic, Stephen Guest offers a valuable assessment of Dworkin's legal, political, and moral theories. Guest's attention to the most recent work—Justice for Hedgehogs, as well as the various essays now incorporated in Justice in Robes—make the third edition a must for anyone who appreciated the first and second."

"Stephen Guest offers an admirably clear analysis and a spirited defense of Ronald Dworkin's outstanding philosophical oeuvre. Above all, Guest delivers us the key for the best interpretation of Dworkin's work: his belief that there are objectively right answers to the legal, political and moral questions we face, and that we are bound by the unity of value to see their connection."

Praise for earlier editions: "Guest sets out to present a comprehensive, concise and accessible account of his work, which he has done with clarity, honesty and even the occasional hint of a smile."

Praise for earlier editions: "A remarkable piece of work. It provides an invaluable survey and a sure guide to Dworkin's legal and political philosophy."

Praise for earlier editions: "The leading work in the field . . . I know of no comparable work of this scope and depth in the study of Dworkin's work." 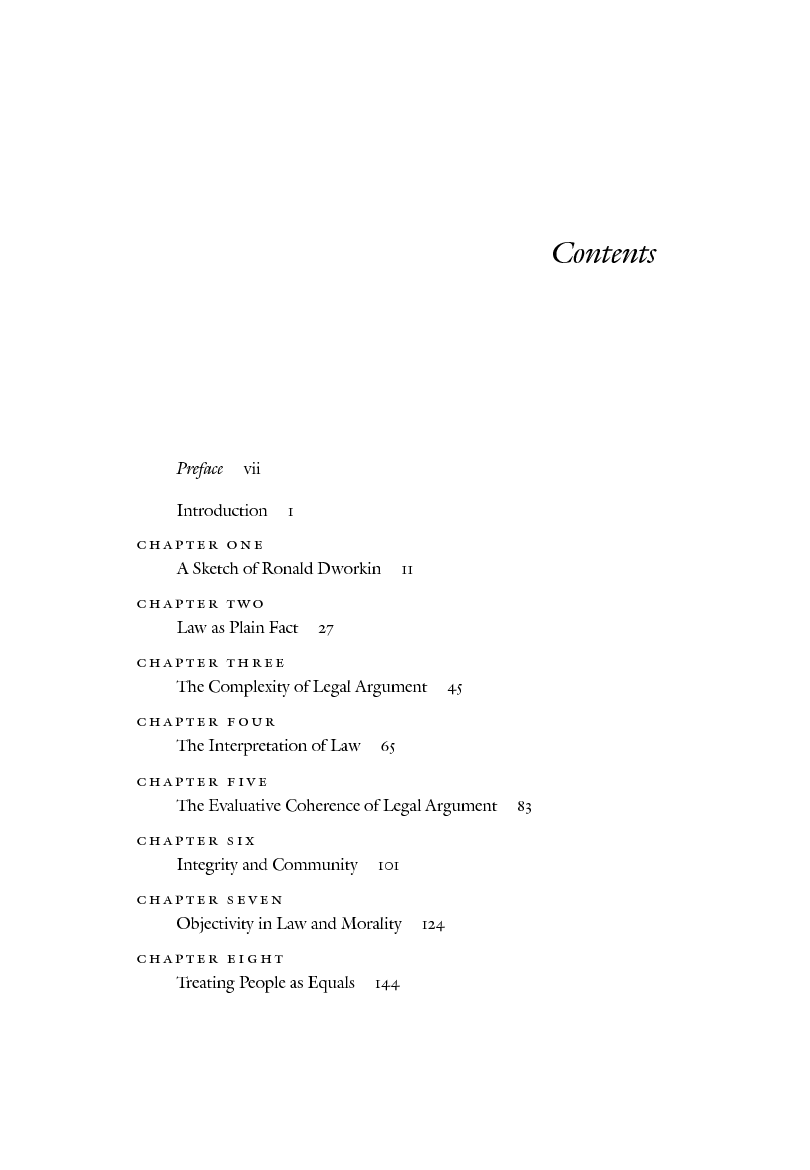 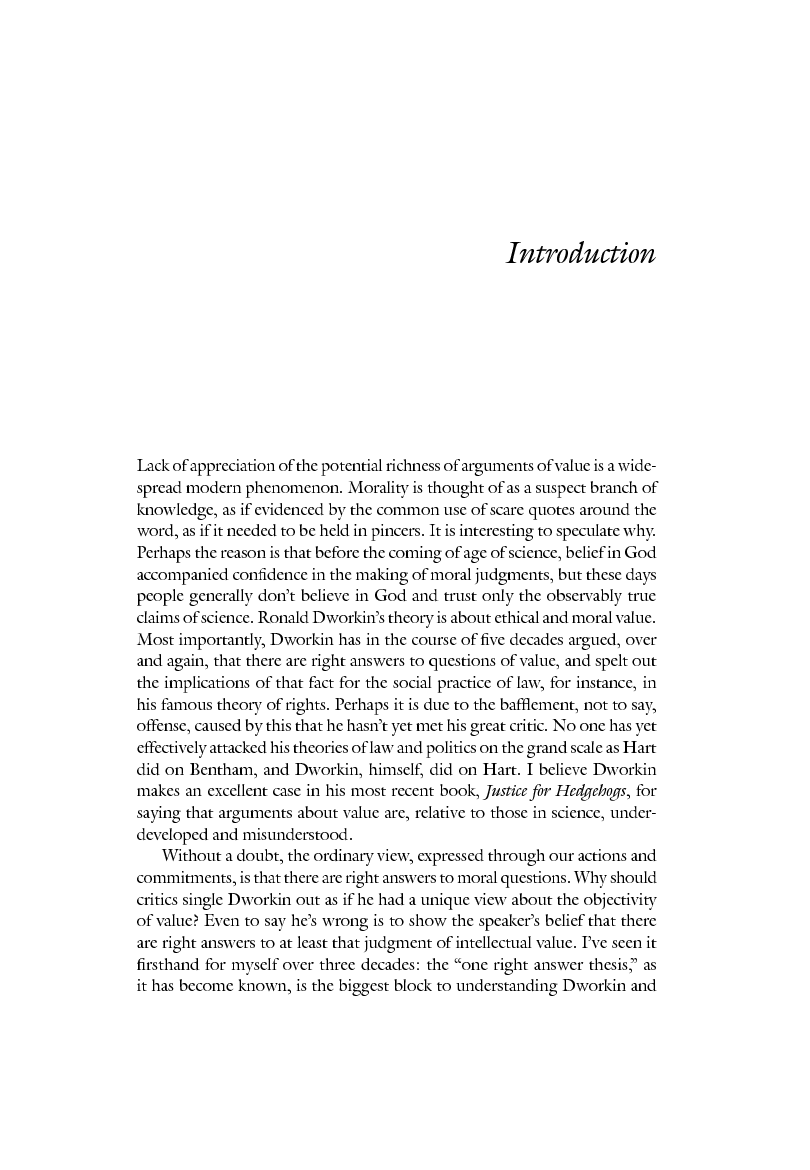 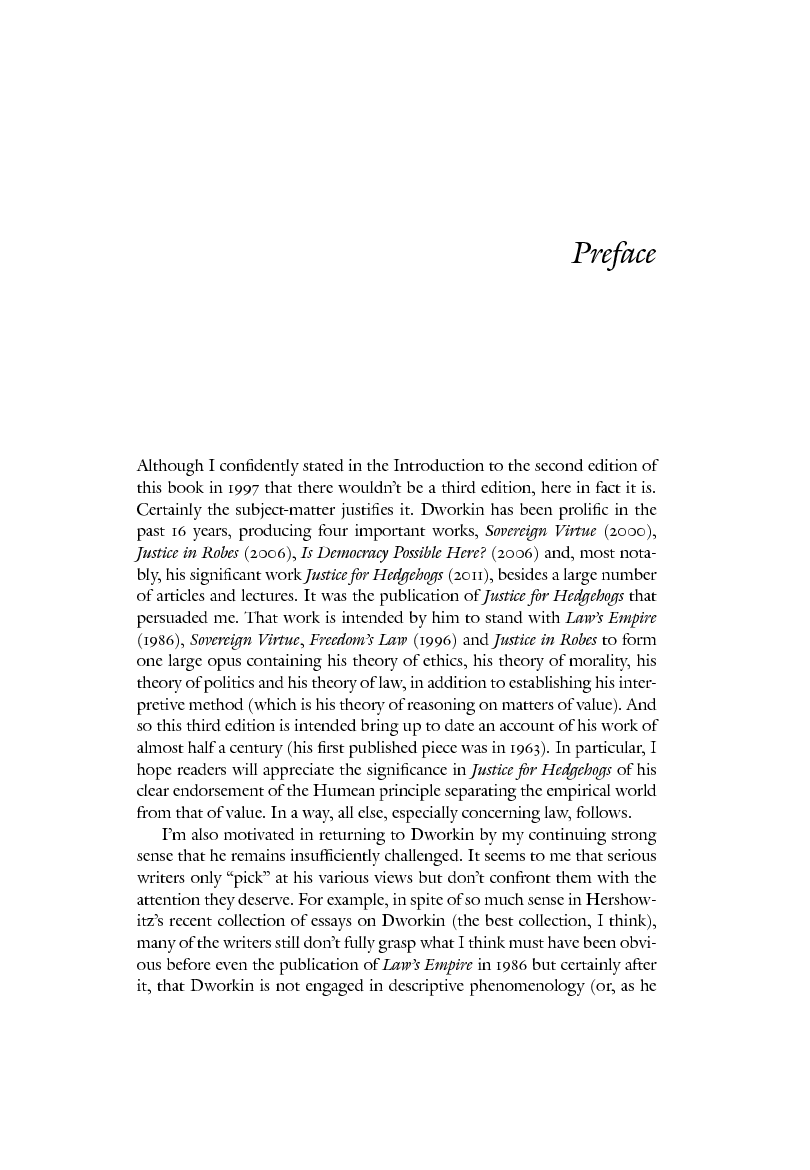