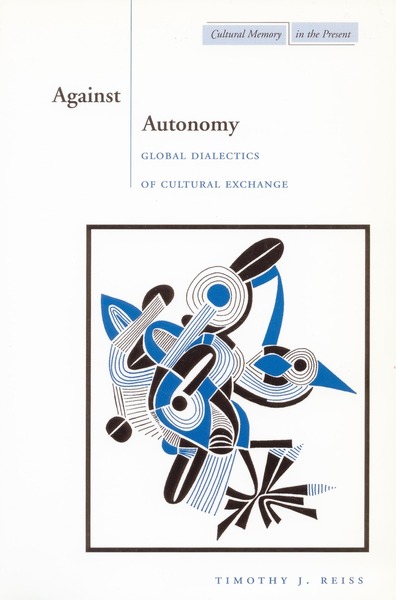 This book investigates "cultural instruments," meaning normative forms of analysis and practice that are central to Western culture and in the course of their history came to be ways of understanding and controlling different cultures. Examples are: notions of autonomy and the division of intellectual, social, cultural, and aesthetic practices; ideas of otherness (taking forms like Gemeinschaft/Gesellschaft, négritude, and afrocentrism); cultural and aesthetic forms such as tragedy, mimesis, self, mind/body; certain modes of history and memory; and particular forms of discourse such as science, philosophy, and literature.

The book explores the interlocking histories of cultural instruments from antiquity to the early Enlightenment and their instrumental use and reworking by different cultures, moving from Europe to Africa and the Americas, especially the Caribbean. In the process, the author gives close readings of works by a wide range of authors: Balboa, Balbuena, Brathwaite, Calvino, Carpentier, Cervantes, Césaire, Depestre, Descartes, Eltit, Fanon, Freud, Gombrowicz, Harris, Kane, Kipling, Marshall, Walcott.

Many other authors' works become part of the book's general argument about how cultures are made, how they figure both themselves and other cultures, and how they mutually interact (when they do) through productions of what the author calls the "fictive imagination"—what in the West is called "art" but in different cultures may take different names and serve different purposes.

Timothy J. Reiss is Professor of Comparative Literature at New York University. He is the author, most recently, of Knowledge, Discovery, and Imagination in Early Modern Europe: The Rise of Aesthetic Rationalism.

"This impressive piece of original research and analysis reframes numerous debates in literary studies (especially post-colonial and Third World literatures), presents alternative views on relationships among several literary areas, and serves as a vivid antidote to much humdrum or dogmatic work. It's a big book, and an important one, and for many it will be an essential one."

"This is a magesterial study of the various cultural instruments (ideas, forms, discourses) used by the West to control other cultures as well as the reworkings of these instruments by cultures which creatively refashioned them to fit their own needs. With its broad coverage of periods and languages, its tremendous learning, and its radical challenge to Eurocentric aesthetics, it constitutes a model of global literary studies for the new century. For those interested in the operations of cultural exchange, this is an indispensable book."

" . . . a courageous book like this, carefuly articulated and aresting on the absolute mastery of over three hundred primary sources, belongs on the shelves of everyone with a serious interest in the material covered in this journal."