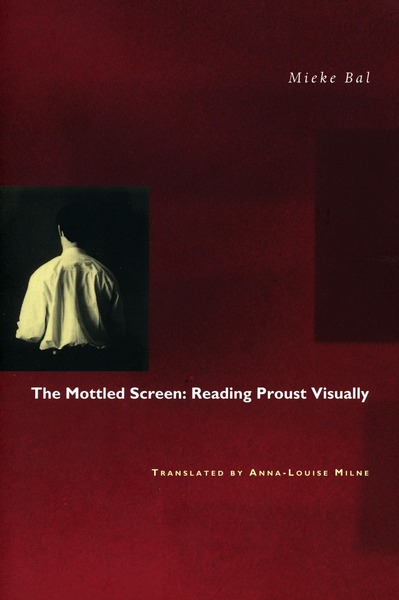 The clear-cut distinction between texts (literature) and images (art) has been challenged by a culture saturated with television and by an increased emphasis on interdisciplinary studies. From the viewpoint of our present culture, the author suggests, we can now see how some of the great writers and artists of the past overstepped the boundaries of the media in which they worked. The Mottled Screen studies as an example of this process a great literary work that cannot be confined to language alone, even though it consists exclusively of words: Proust's Remembrance of Things Past.

The author of Reading Rembrandt: Beyond the Word-Image Opposition, a widely acclaimed study of Rembrandt's discursive, rhetorical, and narrative painting, now offers a symmetrical counterpart to that study with this sustained "visual" reading of Proust's masterpiece, pointing out its visual strategies of representation, fantasy, and poetic thought. She focuses on the narrative and descriptive passages, examining how they make us "see," arguing that this visual writing is by no means a derivative writing that uses visual imagery as an inspiration or model. Instead, it is the writing of a true vision.

Beginning with the attempts to emulate painting, the book develops a Proust à la Chardin, working around Chardin's painting The Skate, but only after first reading Chardin through Proust. Viewing a Chardin with anxieties and emulation, Proust writes in Chardin's mood when he sets up the mottled screen as the metaphor of reading. Chardin's appeal to a wavering, roving eye is matched by Proust's uncertain perceptions, and the nervous quality of The Skate is matched by the famous passages recording Proust's disgust at the debris of the breakfast table.

The second part of the book is devoted to Proust's use of optical instruments—such as the magnifying glass, the eyeglass, the telescope—to produce or enhance the visions that constitute the raw material of his poetic imagination. These optical instruments guide the probing of the paradoxes of seeing close-up or at a distance, the latter flattening out, the former blinding.

The final part reads the specifically "photographic" writing that permeates Remembrance as a highly original and astonishing contemporary, almost postmodern, poetics. The photographic shows in the way Proust's narrator frames what he sees, contrasts light and dark, zooms in and out, and represents "contact sheets" of snapshots rapidly taken so as to capture the most fleeting sensations and visions.