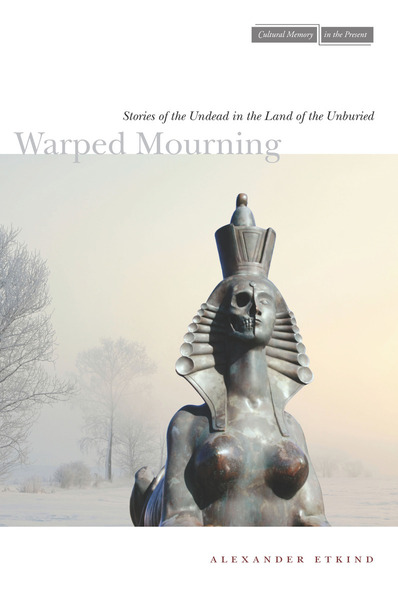 Warped Mourning
Stories of the Undead in the Land of the Unburied
Alexander Etkind
SERIES: Cultural Memory in the Present

After Stalin's death in 1953, the Soviet Union dismantled the enormous system of terror and torture that he had created. But there has never been any Russian ban on former party functionaries, nor any external authority to dispense justice. Memorials to the Soviet victims are inadequate, and their families have received no significant compensation. This book's premise is that late Soviet and post-Soviet culture, haunted by its past, has produced a unique set of memorial practices. More than twenty years after the collapse of the Soviet Union, Russia remains "the land of the unburied": the events of the mid-twentieth century are still very much alive, and still contentious. Alexander Etkind shows how post-Soviet Russia has turned the painful process of mastering the past into an important part of its political present.

Alexander Etkind is Professor of Russian Literature and Cultural History at the University of Cambridge, where he is also a Fellow at King's College. His most recent book is Internal Colonization: Russia's Imperial Experience (2011).

"[Warped Mourning is] a nuanced, thought-provoking and comprehensive study of mourning and memory that integrates cultural artifacts and leading theoretical concepts."

"As mourning narratives are the main objects of Etkind's book, he investigates memoirs, fiction and non-fiction writings, and movies in search of mnemonic footprints of the gulag experience, trying to trace the gulag as a determinant of Soviet and post-Soviet cultural and intellectual life . . . Memory of the Soviet Union in Russia is an ongoing contestation, and Etkind's book is an important contribution to understanding the politics of memory in Russia."

"The scope of authors the book surveys is impressively broad . . . [T]his is a provocative and intriguing book, one that offers a powerful corrective to the frequent laments regarding historical amnesia in post-Soviet Russia. It prompts scholars of memory to think more broadly and creatively about the forms that remembrance may take in culture, especially in situations when a more direct engagement with the past may be obstructed or blocked . . . Published when it was, this book itself constitutes a work of mourning for the crimes of the past and a warning about the future, even as it reminds us that the work of mourning is always—intrinsically—incomplete."

"Illuminating, rigorous in its analysis, and stimulating, Warped Mourning draws on a wide range of theoretical models of memory expounded by Freud, Benjamin, and Derrida and presents an innovative theory of mourning grounded in Soviet and post-Soviet Russia . . . Etkind persuasively presents a thoroughly constructed theory of mourning with bright empirical insights. The author marries the history of his own family with the histories of victims of the gulag who became the objects of investigation in his book. This personal involvement makes the writing passionate and committed. It also helps sharpen the theoretical precision in the attempts to understand the suffering of others and analyze the subsequent remembrance of this suffering. Such compassionate writing makes the reading process engaging and involving as well. The book will definitely be of interest to all those who are interested in memory, trauma, and Russian history."

"The cultural memory of traumas and catastrophes are a particularly rich area of investigation, and Warped Mourning makes its own unique and highly significant contribution to this field by convincingly arguing that the memory practices of late and post-Soviet culture deserve separate study . . . Etkind argues that the trend toward the gothic in late and post-Soviet literature confirms his broad characterization of Soviet Russian culture as unable or unwilling to remember the past, settling rather for a 'warped' repetition of it. Warped Mourning offers a reading of twentieth-century Russian culture that resists any attempt to normalize it."

"Warped Mourning is pioneering and thought-provoking. It reads (or rereads) a dazzling range of texts, films, and images to reveal their obsession with the past . . . [B]rilliant close readings . . . A work of great ambition that engages a century of thinking about trauma."

"Etkind presents a rich, intelligent, and profound account of responses to the devastating loss of human life in Russia's Soviet period. . . . This brilliant book will be indispensable for scholars of mourning theories."

"There is undoubtedly much that is new and exciting in this study of the impact of state violence on the form and content of art and scholarship in post-Stalin Russia."

"Etkind's brilliant and lucid work presents the first serious account of theoretical challenges to mourning theories in the context of Soviet terror. It is entirely possible that the very terms of that terror—its policies of falsification, its endemic uncertainty, its capacious inclusion of the perpetrators themselves—will undercut many of the assumptions that have governed mourning and melancholia for the last hundred years."

"In Warped Mourning: Stories of the Undead in the Land of the Unburied, Alexander Etkind shows why mourning is more conducive to cultural analysis. Where trauma is unsymbolized and melancholia is contained within the self, mourning is often an address to the other . . . Etkind peruses a broad array of writings and artifacts, offering interpretations inflected by insights from psychoanalysis and critical theory." 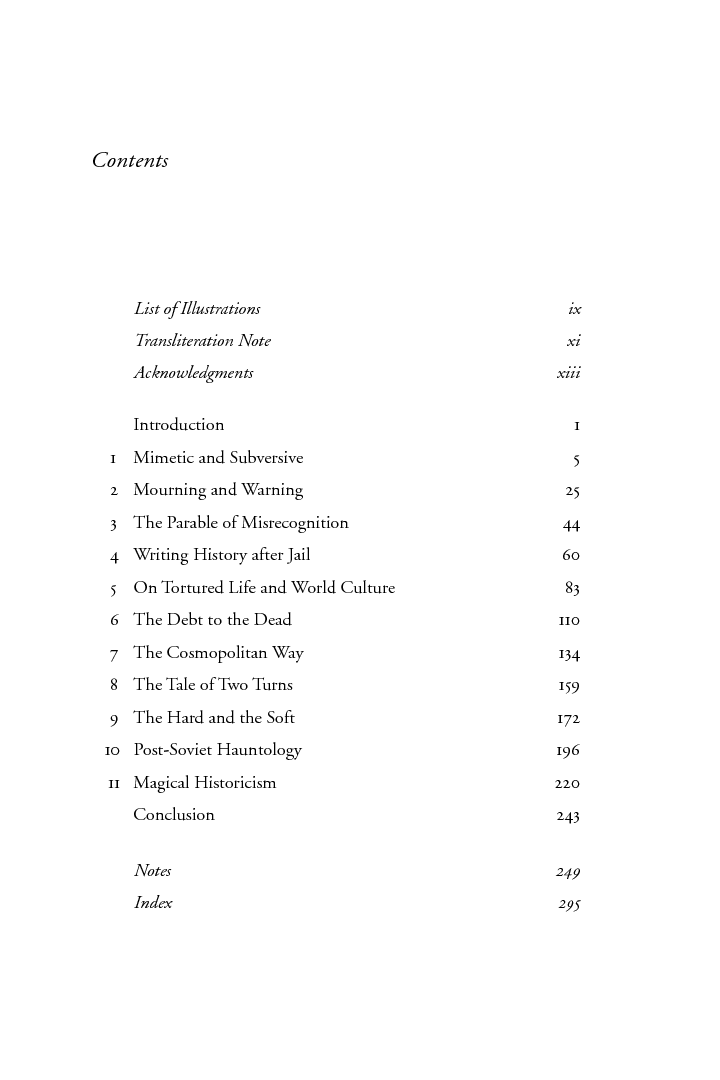 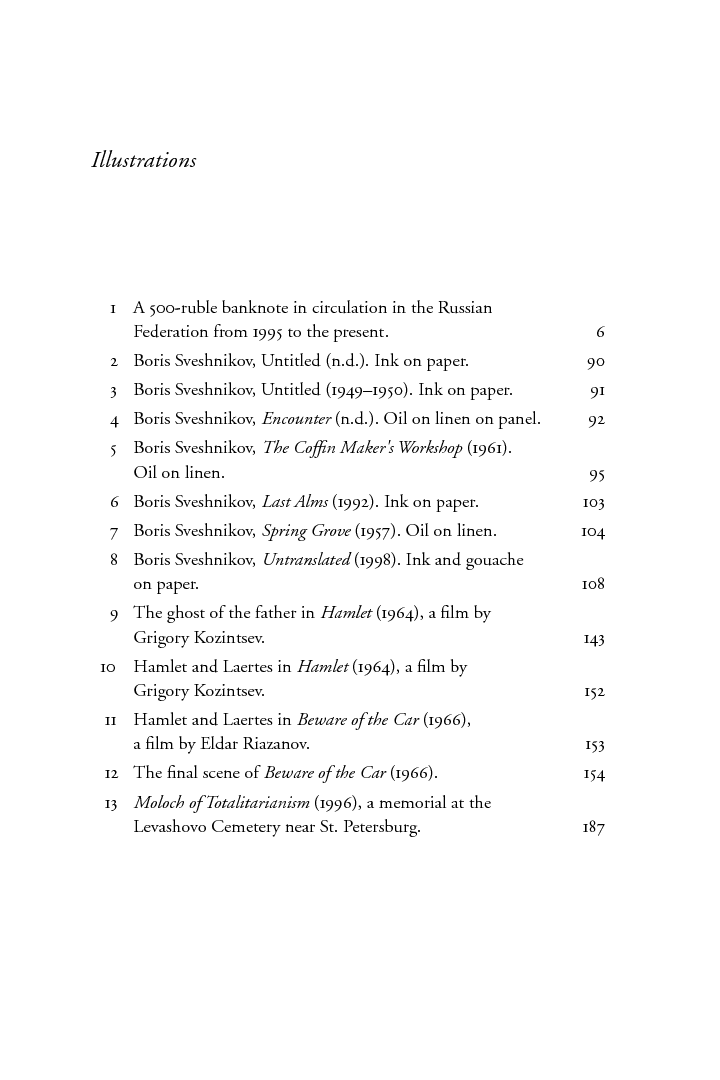 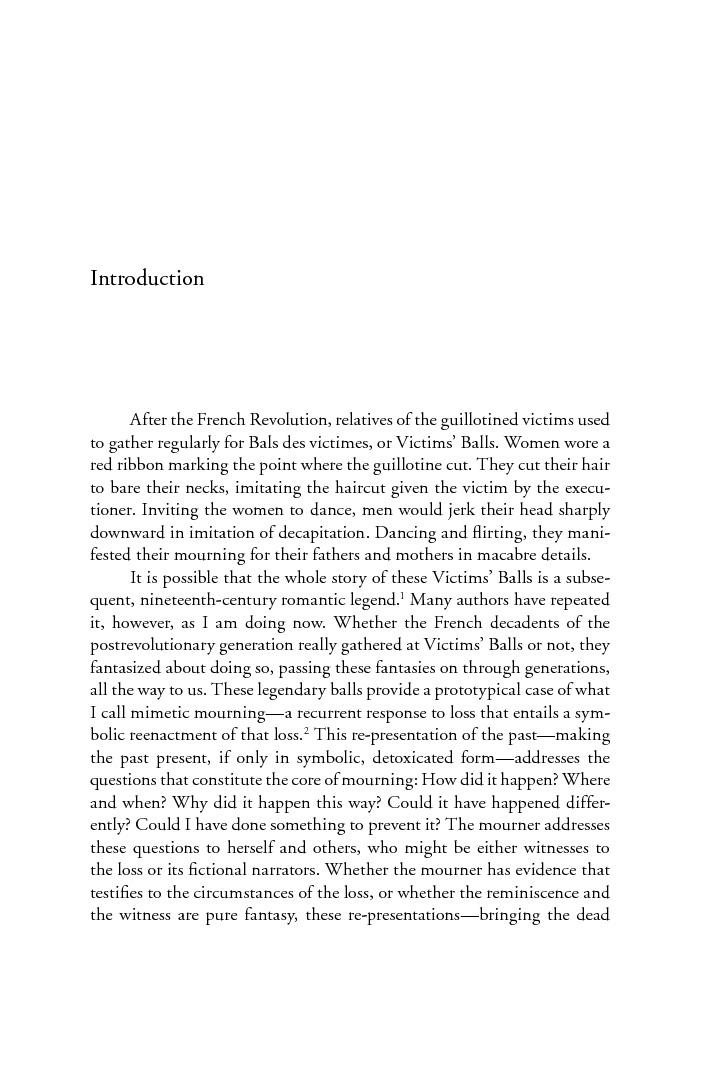