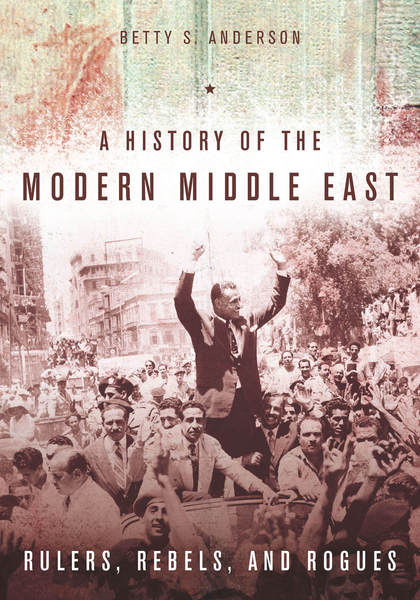 A History of the Modern Middle East offers a comprehensive assessment of the region, stretching from the fourteenth century and the founding of the Ottoman and Safavid empires through to the present-day protests and upheavals. The textbook focuses on Turkey, Iran, and the Arab countries of the Middle East, as well as areas often left out of Middle East history—such as the Balkans and the changing roles that Western forces have played in the region for centuries—to discuss the larger contexts and influences on the region's cultural and political development. Enriched by the perspectives of workers and professionals; urban merchants and provincial notables; slaves, students, women, and peasants, as well as political leaders, the book maps the complex social interrelationships and provides a pivotal understanding of the shifting shapes of governance and trajectories of social change in the Middle East.

Extensively illustrated with drawings, photographs, and maps, this text skillfully integrates a diverse range of actors and influences to construct a narrative that is at once sophisticated and lucid. A History of the Modern Middle East highlights the region's complexity and variation, countering easy assumptions about the Middle East, those who governed, and those they governed—the rulers, rebels, and rogues who shaped a region.

"This fascinating history of the modern Middle East reveals the complexities of the region, connecting past with present through a novel pedagogical approach. Betty Anderson has written the most sophisticated textbook I've read on the region, one that will quickly join the ranks of classic works in the field."

"Betty Anderson's A History of the Modern Middle East draws on a new generation of scholarship to offer a social history of the Middle East that incorporates voices 'from below.' Tracing recurring patterns of power struggles since the early Ottoman era, Anderson also contextualizes the recent phase of uprisings within a deep history of political activism and rebellion and counters popular myths about political and cultural stasis in the Middle East."

—Waleed Hazbun, Director of the Center for Arab and Middle Eastern Studies, American University of Beirut

"In her deft analysis of the constantly changing region we call the 'Middle East,' Betty Anderson argues for the prominent role played by previously marginalized actors such as students, women, workers, and peasants in making the modern Middle East. This book represents a refreshing new approach that expands categories of analysis and is a valuable contribution to the field of Middle East Studies."

"Many of the available introductory histories of the modern Middle East overemphasize the role of European powers and the top down authoritarian nature of the state. Betty Anderson's pathbreaking and multilayered account focuses on coalitions and networks and shows how groups can at once be subnational and transnational, creating an account of foreign intervention that does not rob the region's people of agency. An essential book for any instructor, scholar, or student of Middle East history, politics, society, and culture."

"In this thoughtfully researched and clearly written book, Betty Anderson deftly weaves an intricate narrative of the modern history of the Middle East. Delving into the intimacies of shifting political dynamics and social transformations, Anderson perceives the region within transnational frameworks as well as against locally specific contexts. This book can easily serve as a central text in both undergraduate and graduate courses."

"[The author] succeeds in producing a book that can serve as a university-level textbook or a source of information for anyone interested in knowing the background for breaking news...Excellent maps, photos and boxes defining pivotal groups, places, phenomena and events, from Sufism, Janissaries and the Mamluks to the Alawi, Jerusalem and Hamas, supplement and enrich the text...The emphasis is not on single events but on the interaction between the governors and the governed over time — the stuff of which history is made. "