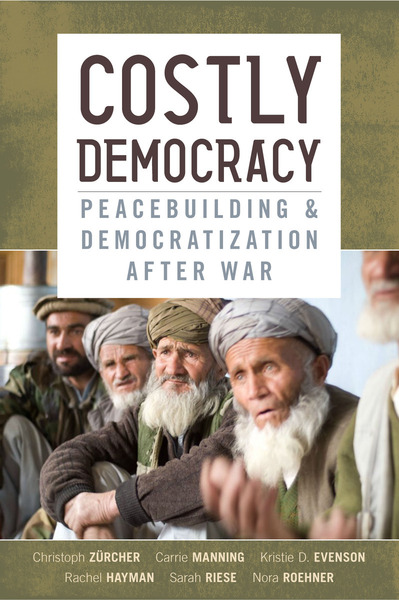 Peacebuilding is an interactive process that involves collaboration between peacebuilders and the victorious elites of a postwar society. While one of the most prominent assumptions of the peacebuilding literature asserts that the interests of domestic elites and peacebuilders coincide, Costly Democracy contends that they rarely align.

It reveals that, while domestic elites in postwar societies may desire the resources that peacebuilders can bring, they are often less eager to adopt democracy, believing that democratic reforms may endanger their substantive interests. The book offers comparative analyses of recent cases of peacebuilding to deepen understanding of postwar democratization and better explain why peacebuilding missions often bring peace—but seldom democracy—to war-torn countries.

Christoph Zürcher is Professor of Political Science the University of Ottawa.

Carrie Manning is Professor and Chair of Political Science at Georgia State University.

Rachel Hayman is Head of Research at the International NGO Training and Research Centre (INTRAC).

Sarah Riese is a PhD candidate at Free University Berlin.

Nora Roehner is an advisor for the government of Afghanistan in Kabul.

"Costly Democracy is a welcome addition to the literature on peace-building. It advances a new and important theory and develops a framework of analysis for understanding the peace-building process that has significant implications for both scholarship and public policy. It is methodologically rigorous—a model of structured comparative case study analysis—and is written with admirable clarity. It is an outstanding book that deserves to be read widely."

"A consistent and rigorous focus across many different cases of international peacebuilding makes this a standout book."

"Costly Democracy gets at the heart of today's peace and security agenda: How can societies wracked by war progress toward sustainable peace? In this compellingly written and artfully researched volume, Christoph Zürcher and his colleagues explore the partial and deeply vexatious nature of international support for democratic transitions after war. The detailed and deep case studies evidently expose the outer limits of outsiders' ability to use aid and assistance to promote democracy in societies emerging from conflict."

"This book advances a new and important claim about democratic peacebuilding—it depends on the politics within fragile states. Sophisticated analysis of nine cases shows that the interactions between internal and external actors and their impact domestic politics is the key. This is a model for collaborative research and sophisticated social science."

—Deborah Avant, Editor of Who Governs the Globe? 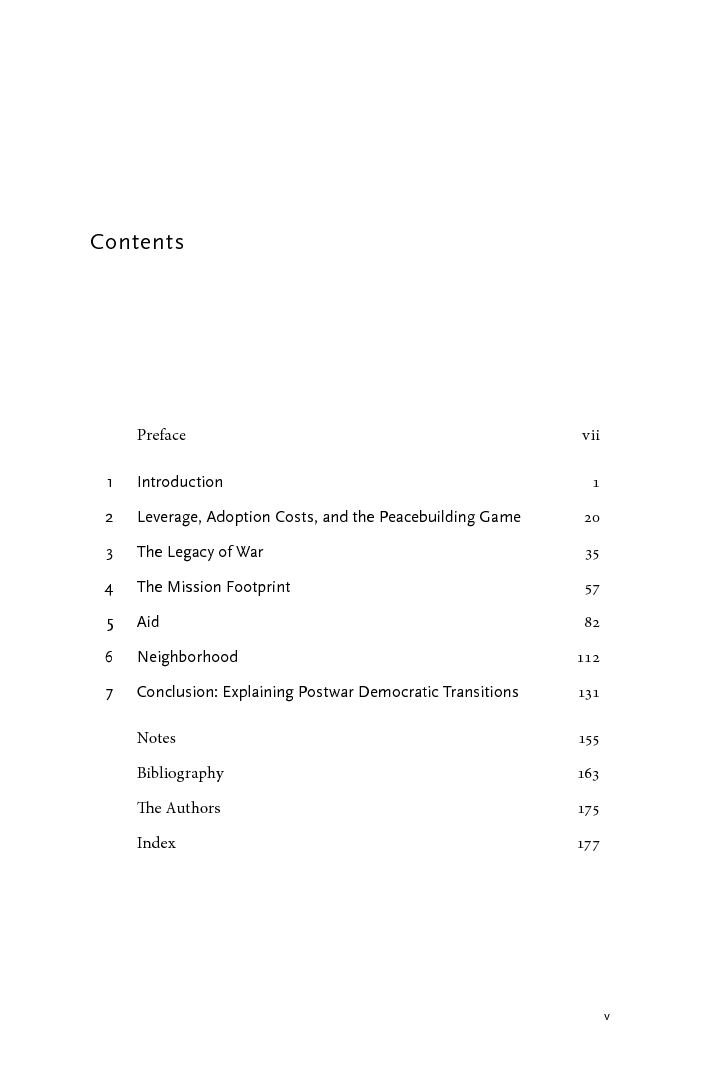 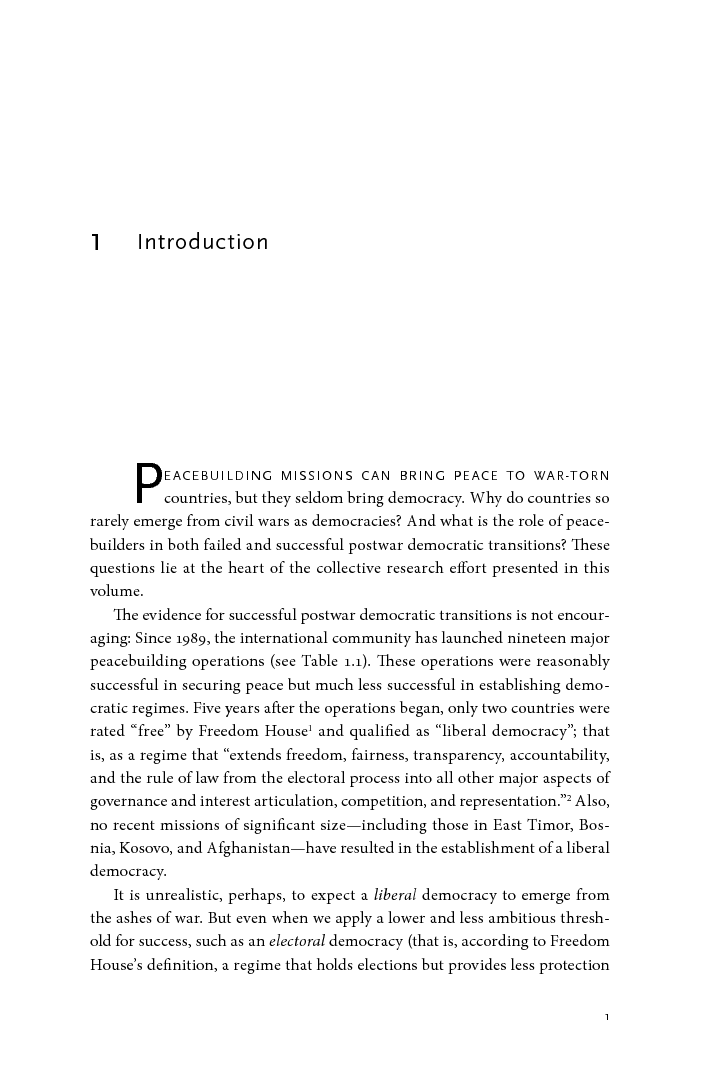 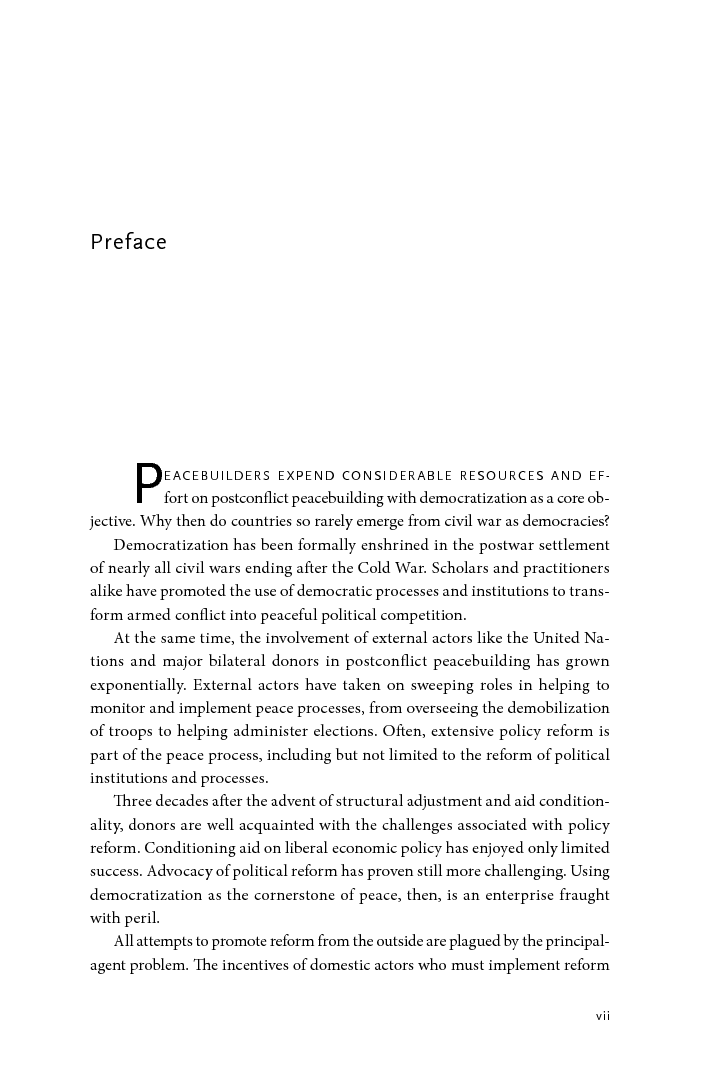 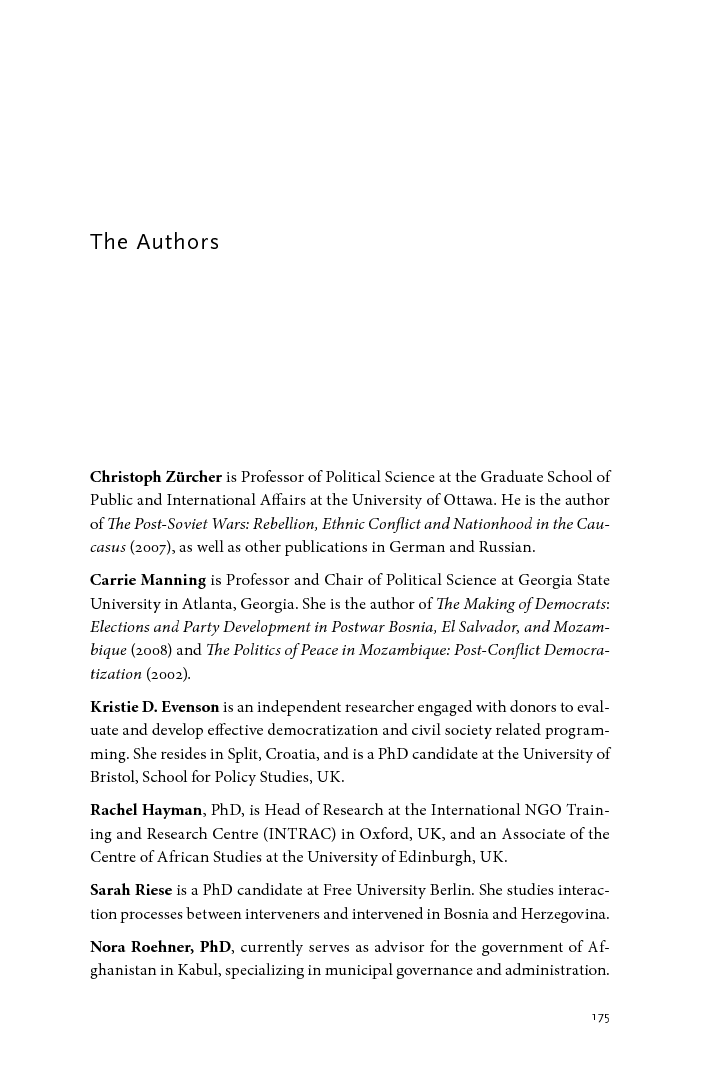