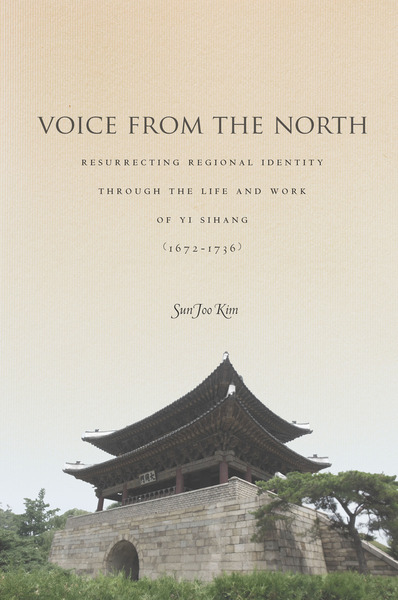 Voice from the North resurrects the forgotten historical memory of the people and region in late Choson Korea while also enriching the social history of the country. Sun Joo Kim accomplishes this by examining the life and work of Yi Sihang, a historically obscure person from a hinterland in Korea's northwestern region who was also a member of the literati. Unlike many of his contemporaries, Yi Sihang left numerous writings on his region's history and culture, and on the political and social discrimination that he and others in his region faced from the central elite.

This work explores a regional history and culture through the frames of microhistory and historical memory. Kim criticizes the historiographical problem of "otherizing" the northern region and fills a gap in Korean historiography—the lack of historical study of the northern region from a regional perspective, P'yongan Province in particular. The biographical format of this work engages readers in the investigation of a person's life within the changing world of his time and also creates a space where private and public intersect. Kim places Yi Sihang at the center of the historical stage while describing, analyzing, and reconstructing the world around him through his life story.

Sun Joo Kim is Harvard-Yenching Professor of Korean History in the Department of East Asian Languages and Civilizations, and Director of Korea Institute, Harvard University.

"With admirable dexterity, Kim presents her case of how Yi Sihang successfully resurrected the ethos of his homeland in defiance of the prejudice and discrimination heaped on it by the elites in the capital. A work of careful scholarship, this book is based on exhaustive and meticulous research. Especially noteworthy is Kim's skillful use of a variety of primary sources. Though relatively short, this book is full of useful information on many aspects of the political and social dynamics of late Choson Korea. In addition to regional issues, Kim gives us a good account and a thoughtful analysis of the factional politics of the time. Comparative perspectives from Chinese and European experiences that the author injects are also meaningful and instructive. A work of solid scholarship, this book opens a new dimension in our understanding of the issue of the center versus the periphery in Choson Korea."

"Voice from the North is much more than merely a study of a single figure. It provides important resources and background on the social, political, economic, and international conditions of mid-Chosŏn history impossible to find in English language scholarship . . . To me, the superb quality of her writing style, the intricate weaving of her arguments, and the meticulous depth and breadth of her research are all the justification she needs to demonstrate that 'the microhistorical investigation of a person' matters. Voice from the North is an important addition to Korean historiography . . . Graduate students working in Korean and East Asian history must read it. The monograph will also be of interest to historians of China, Japan, and those outside East Asian Studies, especially those who do similar work in microhistory."

"Sun Joo Kim issues a powerful challenge to the focus on the Seoul elite that dominates most academic discussions of Korea's history. Directing our scholarly glaze toward the neglected north, she invites us to rethink the relationship between the center and the periphery during the Chosŏn dynasty."

"Sun Joo Kim's fine new book opens a window on a subject rarely treated in English: regional discrimination against northerners in Korea during the Chosŏn period, and the acute consciousness that historians in North Korea have about it today. Kim adds so much to our understanding of the distinctly Korean and regional heritage that rests at the foundation of this regime. She also teases out the 'amnesia' about the northern region on the part of historians of pre-modern Korea, which is both a traditional predilection and something reinforced by the division of the country. This widely-researched book is essential reading for anyone trying to understand Korea's pronounced history of regionalism."

—Bruce Cumings, University of Chicago, author of Korea's Place in the Sun: A Modern History 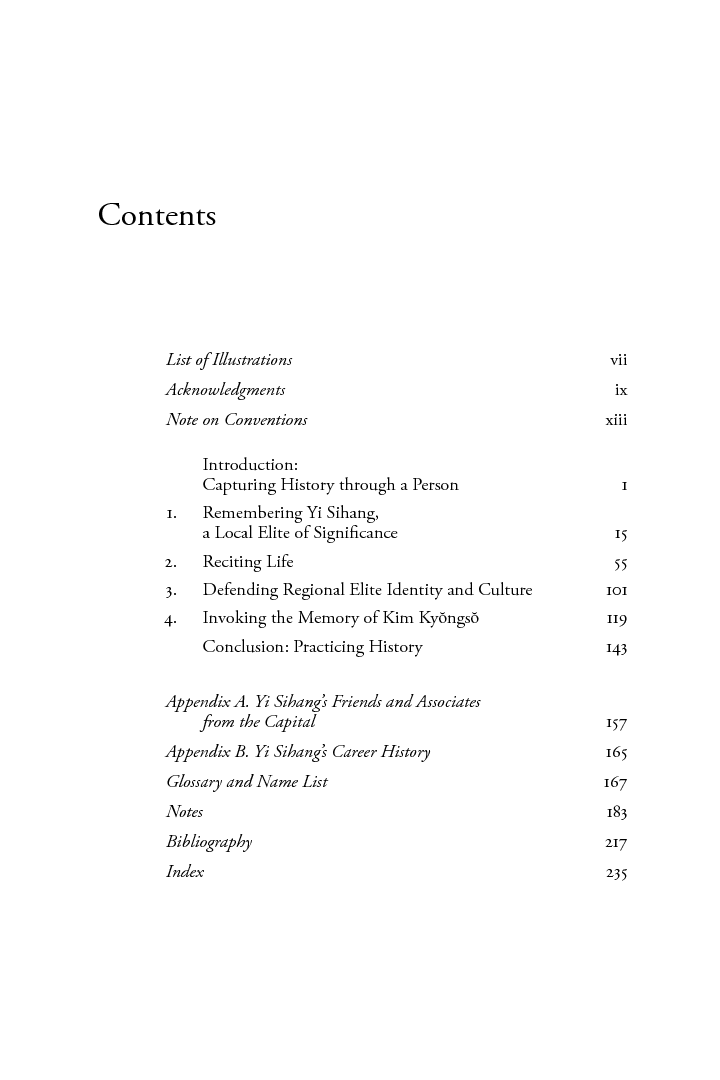 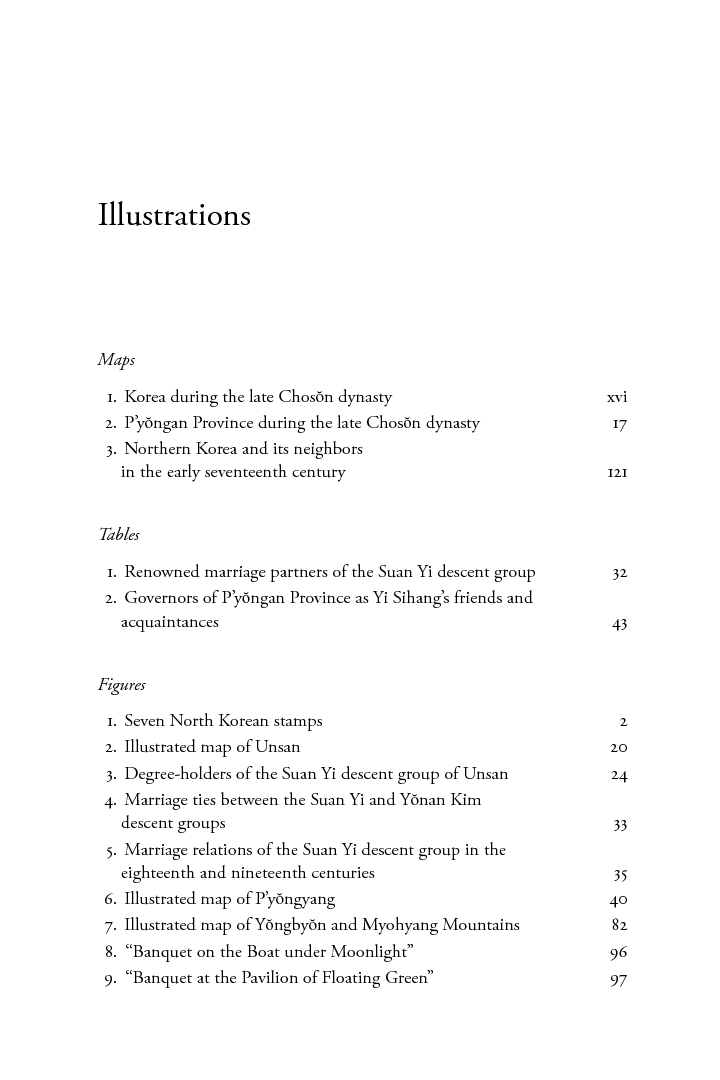 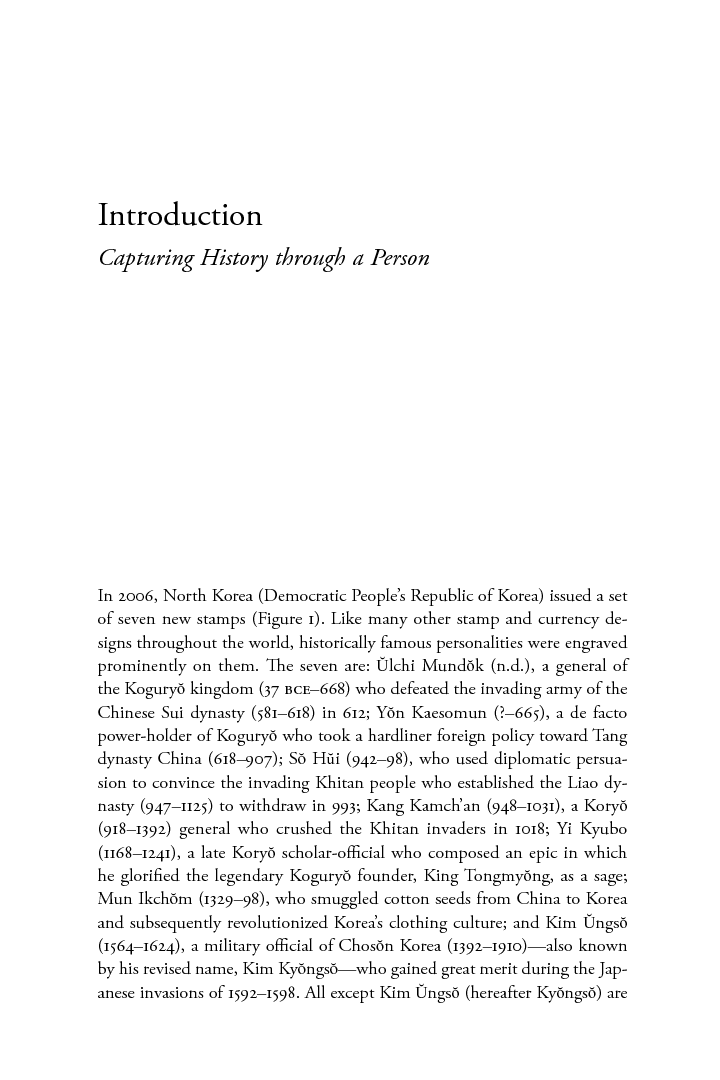