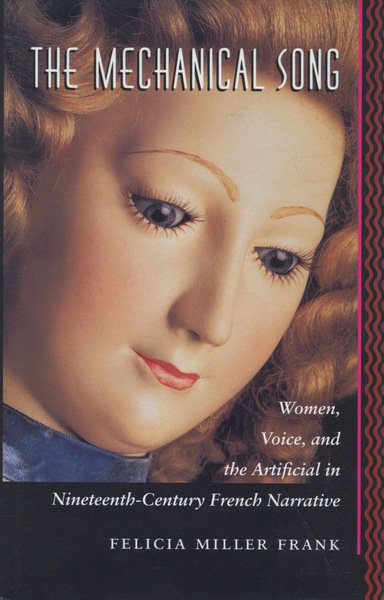 Examining the privileged relation of women to the singing voice in nineteenth-century literary works, the author argues for an emerging identification between women and artifice in the period. Beginning with texts by Rousseau and Proust that show a link between nostalgia for the maternal voice and the writer's self, the book then turns to the psychoanalytic literature on the role of the voice in the formation of the psyche. In the process, it analyses feminist polemics on the maternal voice to show how voice and rhythm together form the matrices of the subject. The voice of the soprano occupied a special place in nineteenth-century operatic history, replacing the castrato voice as a sexless, angelic, ethereal source of pleasure for the opera-goer. The author shows how these qualities are identified with women's voices in literary texts by Sand, Balzac, du Maurier and Nerval.

“This is an absorbing study that brings together work in psychoanalysis, the history of opera, and nineteenth-century literature in such a way that each area is illumined by the others. [The author] deals resourcefully and informatively with an intriguing question of great interest to cultural and literary historians and to feminist and psychoanalytic critics.”