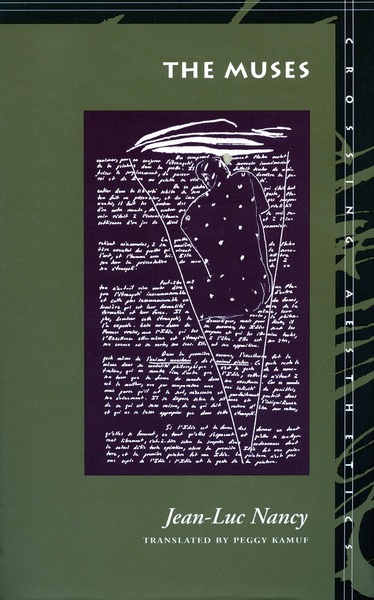 This book, by one of the most challenging contemporary thinkers, begins with an essay that introduces the principal concern sustained in the four succeeding ones: Why are there several arts and not just one? This question focuses on the point of maximal tension between the philosophical tradition and contemporary thinking about the arts: the relation between the plurality of the human senses—to which the plurality of the arts has most frequently been referred—and sense or meaning in general.

Throughout the five essays, Nancy’s argument hinges on the culminating formulation of this relation in Hegel’s Aesthetics and The Phenomenology of Spirit—art as the sensible presentation of the Idea. Demonstrating once again his renowned ability as a reader of Hegel, Nancy scrupulously and generously restores Hegel’s historical argument concerning art as a thing of the past, as that which is negated by the dialectic of Spirit in the passage from aesthetic religion to revealed religion to philosophy.

Jean-Luc Nancy is Professor of Philosophy at the University of Strasbourg. Stanford has published two of his many books in English translation: The Birth to Presence and The Experience of Freedom (both 1993).

“A truly exhilarating set of philosophical reflections on art and aesthetics. . . . Nancy masterfully explicates the threshold role art plays in the philosophical distinctions between the sensory and the sensible, life and death.”—Georges Van Den Abbeele, University of California, Davis