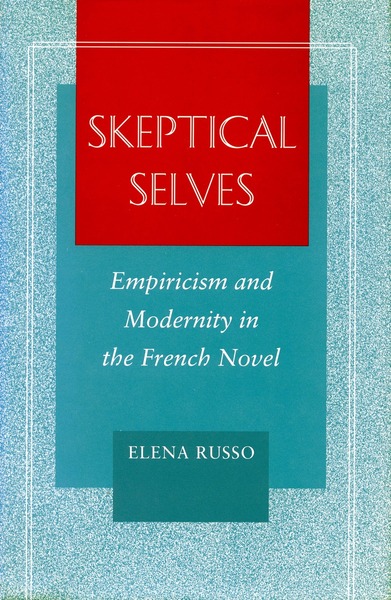 This book examines three first-person novels that narrate spectacular failures of self-representation. In an innovative move, the author grounds these failures in the narrators' inability to move beyond Empiricist notions of correspondence between private, nonverbal experience and public expression, an inability that confines them to various forms of solipsism. Russo contends that such Empiricist notions still inform contemporary French novels and criticism. She deftly shows that current forms of linguistic skepticism favored by Blanchot, Sartre, Barthes, and Derrida are in fact the very product of the Empiricist notion of truth these authors claim to have rejected. Instead, she argues for the social and contextual dimension of language and against the illusion of authenticity on which these critics still rely. Her readings recast the debates surrounding postmodernism by placing them in a much-needed historical context.

Through a series of lively close readings of Prevost's Histoire d'une Grecque moderne, Constant's Adolphe, and Des Forets's Le Bavard, Russo establishes the continuous legacy of Empiricism across three centuries. Prevost pins his narrator's interpretive difficulties on an inability to know and categorize Oriental reality, Constant grounds his critique of language on the same ethical and political principles that underlie his liberalism, while Des Forets's extreme solipsism pitches him against the Sartrean notion of engagement.

“This is the best book I have read regarding the convergence of language theories, the representation of the self, and the aesthetic of the novel. The general framework ... is a tour de force.” —Josué Harari