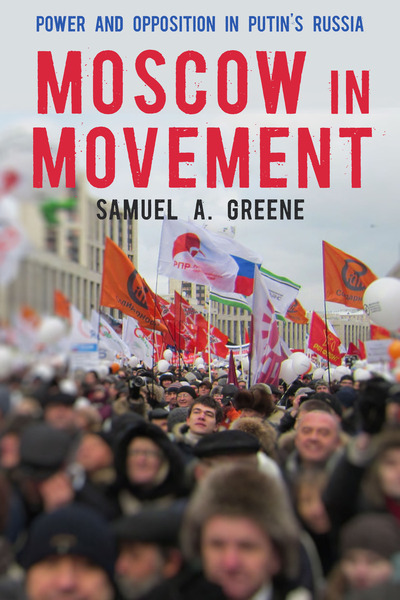 Moscow in Movement
Power and Opposition in Putin's Russia
Samuel A. Greene

Honorable Mention in the 2015 Davis Center Book Prize in Political and Social Studies, sponsored by the Association for Slavic, East European, and Eurasian Studies.

Moscow in Movement is the first exhaustive study of social movements, protest, and the state-society relationship in Vladimir Putin's Russia. Beginning in 2005 and running through the summer of 2013, the book traces the evolution of the relationship between citizens and their state through a series of in-depth case studies, explaining how Russians mobilized to defend human and civil rights, the environment, and individual and group interests: a process that culminated in the dramatic election protests of 2011–2012 and their aftermath. To understand where this surprising mobilization came from, and what it might mean for Russia's political future, the author looks beyond blanket arguments about the impact of low levels of trust, the weight of the Soviet legacy, or authoritarian repression, and finds an active and boisterous citizenry that nevertheless struggles to gain traction against a ruling elite that would prefer to ignore them.

On a broader level, the core argument of this volume is that political elites, by structuring the political arena, exert a decisive influence on the patterns of collective behavior that make up civil society—and the author seeks to test this theory by applying it to observable facts in historical and comparative perspective.

Moscow in Movement will be of interest to anyone looking for a bottom-up, citizens' eye view of recent Russian history, and especially to scholars and students of contemporary Russian politics and society, comparative politics, and sociology.

Samuel A. Greene is Director of King's Russia Institute at King's College London.

"Samuel Greene's monograph can be rightfully considered one of the major comprehensive studies of social movements, civic protest and the state–society relationship in contemporary Russia. It offers original theoretical insights and a rich empirical analysis of the intricate state–society relations in Putin's Russia, discussing the factors that lead to the mobilisation of civic activism in opposition to the dominant regime . . . Greene's book is an interesting and noteworthy contribution to the literature on Russian civil society. It demonstrates an original and convincing narrative and encourages further research on the topic. The book will be of interest to scholars and graduate students of contemporary Russian politics and society, comparative politics and sociology."

"In his insightful analysis of Russia's beleaguered civil society, Samuel Greene explains why it has been so difficult for post-Soviet Russian society to engage the Russian state . . . Greene addresses the puzzle of why Russian civil society has not developed as robustly as might have been expected given the population's level of education and the country's level of economic development."

"The image of Russian civil society as passive and cowed by the Kremlin misses the mark, Greene argues in this subtle and well-substantiated study. Greene spent 13 years in Russia observing, thinking about, and talking about the relationship between the Russian state and Russian citizens. That experience forms the empirical foundation for his insightful analysis of Russia's peculiar form of authoritarianism. He grounds his discussion in an extremely efficient and succinct review of the evolving concept of civil society, beginning with the ideas of Locke and Rousseau and working his way to the theories that dominate contemporary social science."

"What is valuable in Greene's book is the philosophical approach. Civil society in Russia is presented in a broader context and is compared to its classic definitions. The book also contains a reflection on what 'citizenship' is and whether this word (as well as other terms taken from western philosophy and political thought) is applicable to Putin's Russia."

"Moscow in Movement is an outstanding book that addresses one of the hottest questions today in Russian politics—when and why Russians do and do not mobilize as part of civil society and in opposition to the regime. It breaks new ground both conceptually and empirically."

"Moscow in Movement shifts the focus in the critical debate about civil society in Russia from a narrative of citizens who consistently fail to organize social movements into a far richer, more useful picture of the intricate relationship between state and citizen—illuminating a logic of living in an illogical state. A must-read for anyone attempting to understand the social and political landscape of Russia today."

"Using his own superb empirical work and original theoretical insights, Greene shows that at the center of the postcommunist system in Russia is a fascinating institutional 'disconnect' between the power elite and the society. The latter is not inactive; it is made irrelevant. The elite designed a system that allows it to ignore the society, but this equilibrium is unstable and Greene detects subtle signs of its wobbliness."

"Civil society in Vladimir Putin's Russia is usually dismissed as beleaguered and passive. Samuel Greene takes a fresh look. He sets aside the stereotype and uncovers through empirically rich, theoretically informed analysis a phenomenon which is surprisingly resilient and enormously complex. This is the best book yet written on the topic." 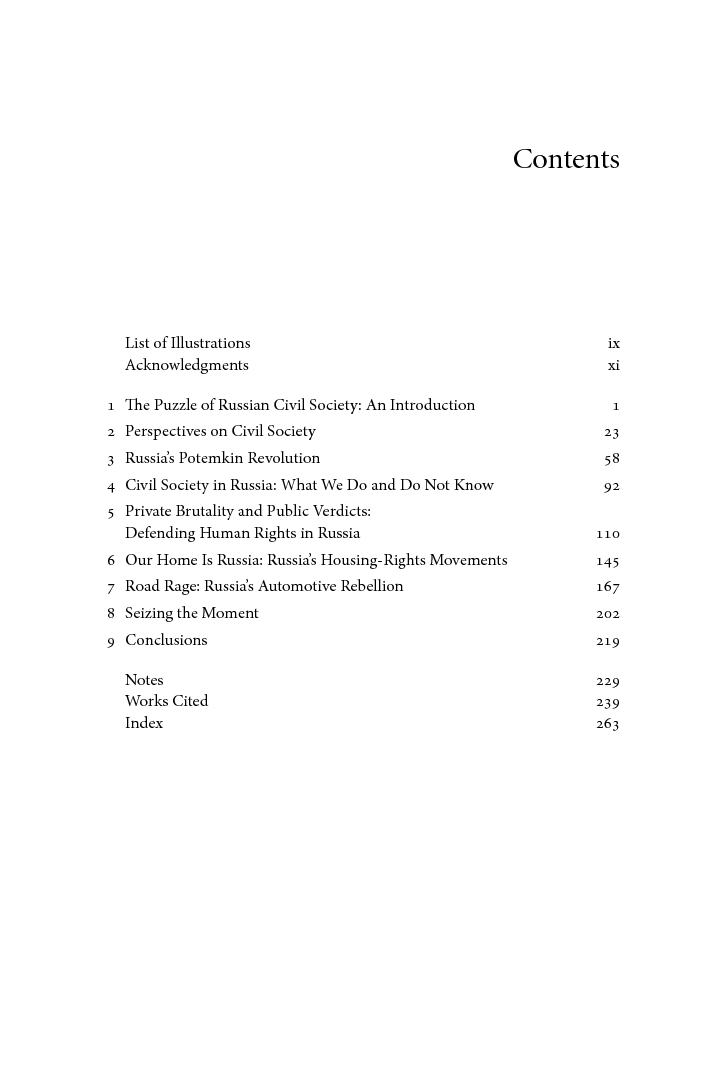 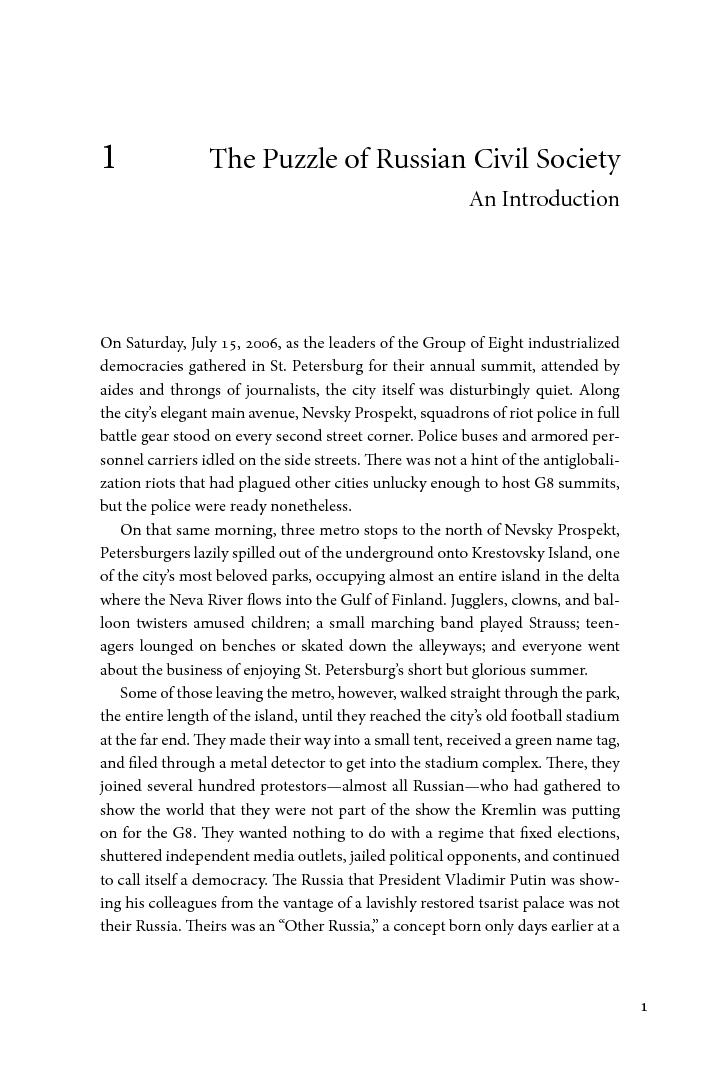 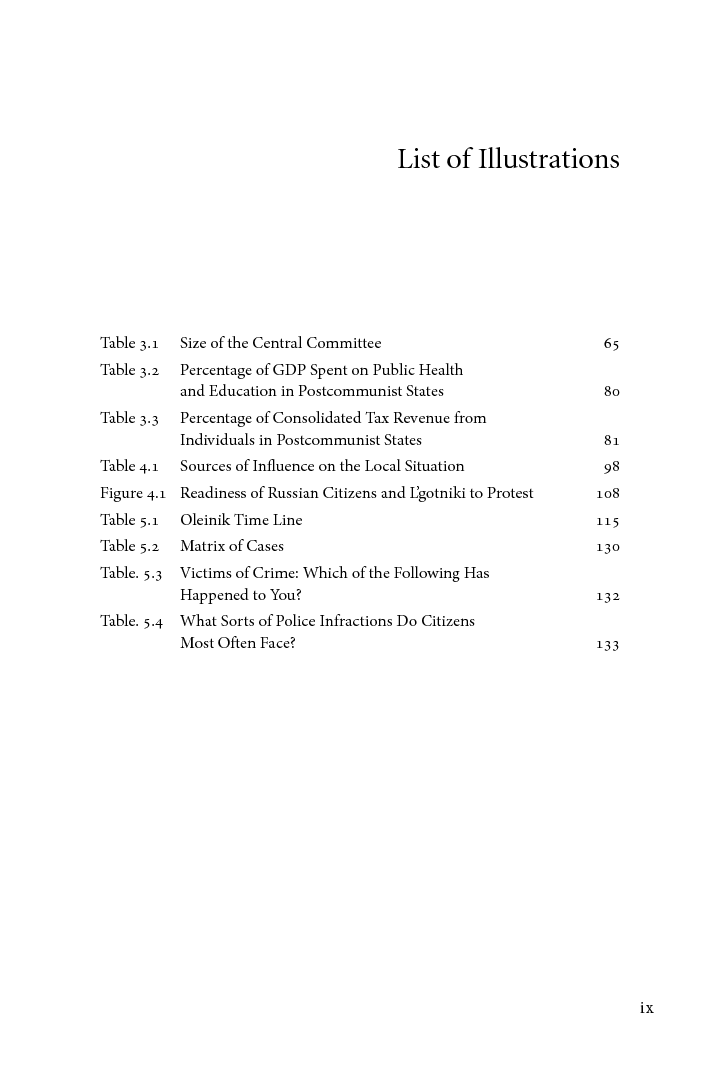