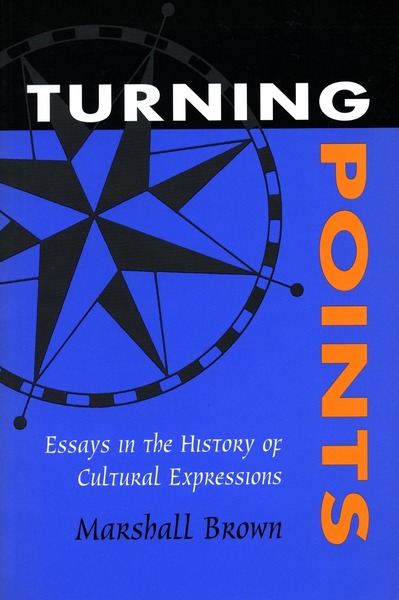 Through a combination of general reflections, studies of important critics, and both comprehensive and specific analyses of cultural change in literature, music, art, and philosophy, Turning Points demonstrates the role of style and form in promoting and shaping cultural development.

The book proposes that works do not timelessly abstract, retrospectively reflect, or passively express; instead, they promote and shape historical change. Moving rather than consolidating, cultural expressions advance cultures not through what they say (musical works, in particular, say nothing) but through inventing new ways of communicating. Styles and forms are the vessels imagined by cultural works to convey ideas, ideologies, and structures of feeling and society. Hence, in contrast to much recent work in cultural studies, Turning Points argues that works of the imagination anticipate and produce the intellectual contexts adduced to explain them.

The book offers new insights into both the theory and the practice of cultural history by combining general meditations with studies of representative theorists and of works and periods in movement. Two framing chapters reflect on the constant flow of history as guided by the energy of form. Of the remaining nine chapters (two of which are previously unpublished), three chapters analyze important theorists: the concept of style in the work of Hippolyte Taine, expressive flux in the formalism of the art historian Heinrich Wölfflin, and stylistic energy in the work of the Marxist literary critic Jerome J. McGann.

Six critical studies sample works and periods ranging in time from the Renaissance through modernism, with close readings of passages and works by Coleridge, the neo-Latin poet Casimir Sarbiewski, Kant, Descartes, Thomas Parnell, and Mozart, and general considerations of style change in the eighteenth and nineteenth centuries. In sum, Turning Points presents an interdisciplinary perspective on the achievements of modern European culture that blends fine-grained examples with broad considerations of both intellectual history and trends in literary criticism.

Marshall Brown is Professor of English and Comparative Literature and Adjunct Professor of Music at the University of Washington. He is the author of Preromanticism (Stanford, 1991).