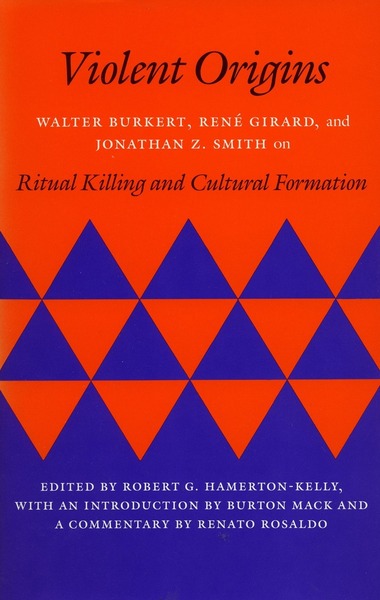 Burkert, Girard, and Smith hold important and contradictory theories about the nature and origin of ritual sacrifice, and the role violence plays in religion and culture. These papers and conversations derive from a conference that pursued the possibility and utility of a general theory of religion and culture, especially one based on violence. The special value of this volume is the conversations as such—the real record of working scholars engaged with one another's theories, as they make and meet challenges, and move and maneuver.

Girard and Burkert present different versions of the same conviction: that a single theory can account for ritual and its social function, a theory that posits original acts of group violence. Smith sharply questions both the possibility and the utility of such a general theory. Among the highlights of this stimulating interchange of ideas is a searching criticism of Girard's theory of generative scapegoating, which he answers with clarity and conviction, and a challenging of Burkert's theory of the origin of sacrifice in the hunt by Smith's argument, posed as a jeu d'esprit, that sacrifice originates with the domestication of animals.

Walter Burkert is Professor Emeritus of Classical Philology at the University of Zurich.