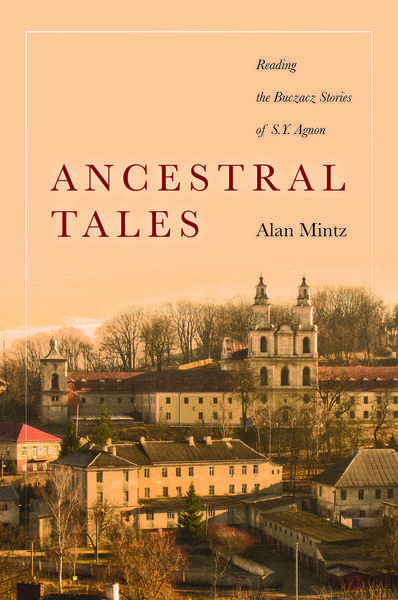 Finalist in the 2017 National Jewish Book Awards in the category of Scholarship, sponsored by the Jewish Book Council.

Written in pieces over the last fifteen years of his life and published posthumously, S. Y. Agnon's A City in Its Fullness is an ambitious, historically rich sequence of stories memorializing Buczacz, the city of his birth. This town in present-day Ukraine was once home to a vibrant Jewish population that was destroyed twice over—in the First World War and again in the Holocaust. Agnon's epic story cycle, however, focuses not on the particulars of destruction, but instead reimagines the daily lives of Buczacz's Jewish citizens, vividly preserving the vanished world of early modern Jewry.

Ancestral Tales shows how this collection marks a critical juncture within the Agnon canon. Through close readings of the stories against a shifting historical backdrop, Alan Mintz presents a multilayered history of the town, along with insight into Agnon's fictional transformations. Mintz relates these narrative strategies to catastrophe literature from earlier periods of Jewish history, showing how Agnon's Buczacz is a literary achievement at once innovative in its form of remembrance and deeply rooted in Jewish tradition.

Alan Mintz is the Chana Kekst Professor of Hebrew Literature at the Jewish Theological Seminary. He is the editor (with Jeffrey Saks) of the first English-language translation of S. Y. Agnon's A City in Its Fullness (2016) and the author of Sanctuary in the Wilderness: A Critical Introduction to American Hebrew Poetry (Stanford, 2011).

"This beautifully written book invites readers into Agnon's world, expanding our reading of Agnon's modernism with brilliant insights into his literary project, while conveying a vivid sense of the milieu and history of Buczacz. The result is both a crucial contribution to Agnon studies and a richly textured cultural history."

—Anne Golomb Hoffman, author of Between Exile and Return: S. Y. Agnon and the Drama of Writing

"This insightful, complex, and yet utterly accessible interpretation of the major stories that make up Agnon's unique history of Buczacz, Ancestral Tales will remain the key text for understanding Agnon's last endeavor and the universe contained within its covers. A tremendous accomplishment."

—Omer Bartov, author of Anatomy of a Genocide: The Life and Death of a Town Called Buczacz